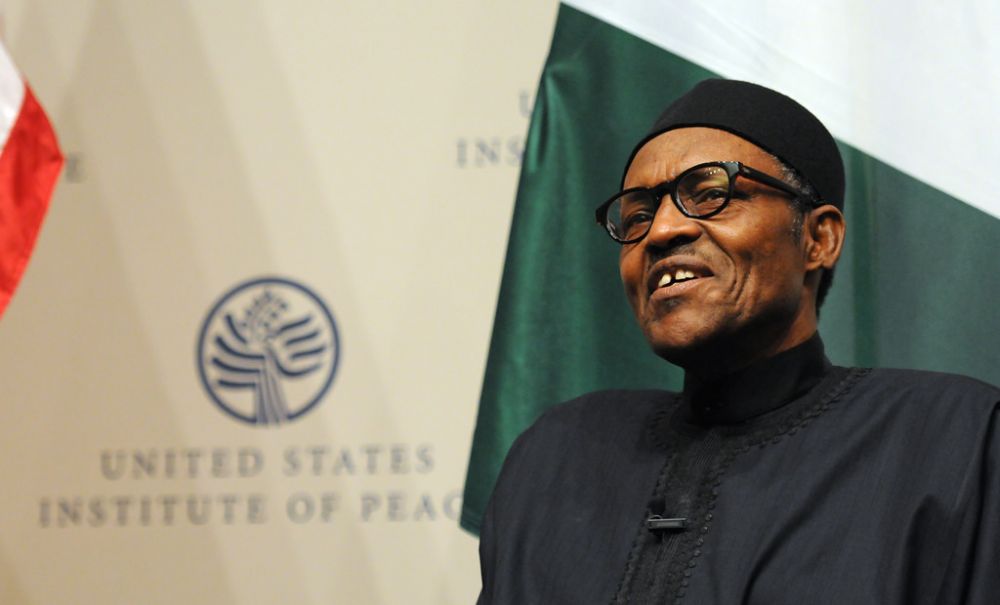 Nigerians woke up on Saturday, 16 February 2019, to the shocking news of the postponement of the Presidential and National Assembly elections, scheduled for that day. But what class interests lay behind this decision? The Chairman of the Independent National Electoral Commission, Professor Mahmood Yakubu, made the announcement a few hours before the opening of the polls. This was after he had been repeatedly assuring Nigerians and international observers that the elections were going ahead.

He cited logistical and operational problems as the reasons for the postponement, including delays in delivering ballot papers and result sheets, attributed in part to bad weather affecting flights. He said that, apart from the logistical challenges, there were also attempts to sabotage the commission’s preparations, listing fire outbreaks at INEC facilities that destroyed smart card readers and voter cards. The fire at Anambra was the most serious of all, he said. He added that if the polls had gone ahead, it would have meant some states starting well ahead of others, with the implication of the elections being staggered. 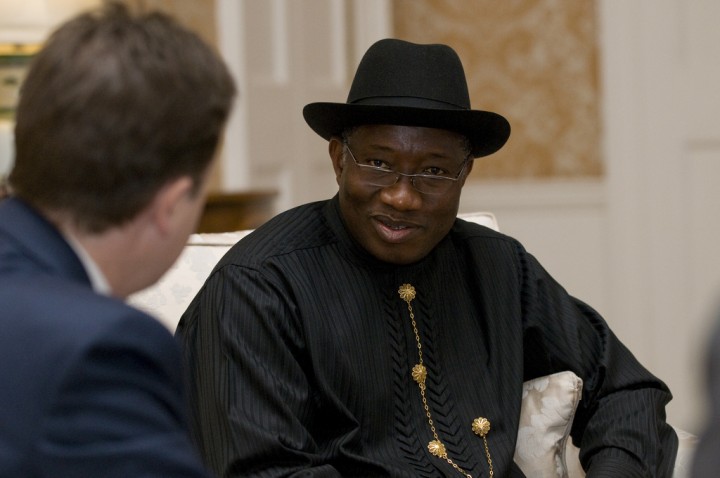 The 2015 general election was postponed to benefit the then-ruling PDP (though it did not stop the APC from winning). This time, the ruling party was ahead in the polls, and there is a backdrop of a struggle between imperialist interests / Image: Cabinet Office

The question is, how do we navigate through all this confusion? Let us remember that the postponement of the 2015 general election was glaringly in the interest of the then-ruling party, the PDP. Then the Jonathan regime needed more time to buy its way through the elections. Let us not forget that, in Nigeria, a large factor in deciding who win elections is how much funding each party has to literally buy votes. It was after the 2015 general election was postponed that the then-ruling party intensified its campaign. It was also when huge sums of money were taken from the CBN (Central Bank of Nigeria) by the Jonathan regime to bribe traditional rulers across the length and breadth of the country, although unfortunately for them it proved too late to save the completely discredited regime of the PDP.

Four years later, the situation is not exactly the same, despite some similarities. Although the illusions in the ruling APC have been seriously dented and the party has lost significant sections of its social base, and continues to progressively lose more, contrary to the situation in the 2015 general election, when the PDP’s loss was approximately the APC’s gain, this time around the APC’s loss has not significantly translated into gains for the PDP. The PDP has only been trying to catch up with the ruling APC in terms of support. By last Saturday when the election was meant to be held, the PDP hadn’t comfortably caught up with the APC. If the APC had had its way, it would have actually preferred bringing the election forward, while it was still enjoying a slight edge against the main opposition PDP.

In such a scenario, it is therefore very unlikely that a party on the edge would opt for postponement of the election, knowing full well that any additional days would mean an added opportunity for the opposition PDP to catch up. Events since the postponement have further confirmed this. Oshiomole, the National Chairman of the ruling APC, came out publicly, swearing that the APC had not influenced the postponement of the election. He attributed the postponement to the influence of the opposition PDP on the INEC. Mohamodu Buhari, Nigeria’s president, has also come out openly to express disappointment at the INEC and stated that the INEC chairman has a case to answer after the election. Some consider this as mere public drama and hypocrisy, but this is very unlikely.

Who pressured the INEC to postpone this election?

There has been a systematic acceleration of moves by the ruling APC regime towards Chinese imperialism at the expense of the western imperialist powers. A few months ago, president Buhari led an entourage to China on a business trip. The western imperialists, realising that their interests in Africa’s largest economy might be threatened, responded by making a direct visit to Nigeria, thinking their visit could change the direction of things. Macron of France and Teresa May of the UK both visited Nigeria, but their visits didn’t have much of an impact. Some time ago, the ruling party announced the move by the Nigerian government to recognise the Yuan as one of its official currencies.

Since last July, the Central Bank of Nigeria has offered the Yuan directly to end users and banks under a policy termed Currency Swap with Yuan. This policy seems to have been the last straw, and has seriously and negatively affected the relationship between the ruling APC and their Western imperialist masters. This explains why the imperialists are far more seriously interested in this election than was previously the case. Obasanjo, who is one of the main representatives of the western imperialists, has come out not only more publicly, but much more aggressively against the present regime, and has clearly adopted Atiku, the candidate of the main opposition party, the PDP. 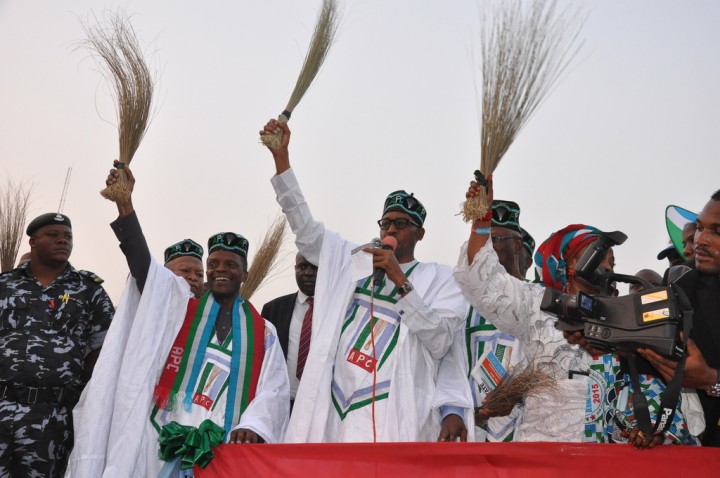 There has been a systematic acceleration of moves by the ruling APC regime towards Chinese imperialism at the expense of the western imperialist powers / Image: Cabinet Office

Kaduna State Governor, Nasir El Rufai, was widely reported to have said that any foreigners who try to influence this election will be returned to their country in body bags. This statement is also heavily loaded, showing us how far this division has degenerated. It is no accident, for example, that the two main bourgeois parties, the APC and the PDP, have different positions on what is happening in Venezuela. While the APC has expressed opposition to the ongoing coup, and has warned the western powers not to plan any repeat of the same in Nigeria, the PDP has used the events in Venezuela to pass a strong message to the ruling APC that if they don’t want to respect the democratic wishes of the people, the “world” will rise against them as it is doing in Venezuela.

One of the reasons given by the INEC for the postponement was to avoid a staggered election, which would have meant that elections would have been held in some states and not in others, which the ruling APC would have actually preferred. It is very likely that INEC consulted with the ruling APC, which would have encouraged the body to still go ahead with the elections. It was the foreign observers that were in the forefront, saying no to a staggered election. From the final outcome in the few hours prior to the election, INEC finally bowed down to the pressure of the foreign observers.

Although postponement benefits the main opposition PDP party in allowing them more opportunity to catch up, it is very doubtful that the party has enough clout to have influenced the INEC in postponing the election in the manner in which it was done.

What all this points to is that this election will be a tumultuous one. It won't be as “calm” as the previous elections because the forces involved are desperate. It may take the form of a fight against imperialism by the "patriotic" ruling elite. In reality, this will be a struggle of the slave trying to change his slave master’s mind. Whether it be Chinese imperialism or the western powers, the position of the Nigerian ruling elite still remains that of a slave. Whatever the outcome of the election, the ground has been provided to discredit it, and the foreign mask may be removed at some stage within this turbulence.

As we have stated in our previous article Nigeria: beyond the 2019 general election – what stage are we passing through?, Nigeria is fast approaching a pre-revolutionary situation. The inability of the ruling class to govern in the old ways coincides with the unwillingness of the working class to continue to accept all the previous exploitative measures.

The way forward lies in building a mass working-class party resting on the trade unions with an alternative ideology and programme to the current rot we have before us. There is no solution to the immense problems faced by the Nigerian masses if we remain within the limited confines of the capitalist system. The corrupt ruling elites will continue to live in opulence at the expense of the masses, and they will seek this or that foreign master who can guarantee their continued existence as local errand boys of imperialism. The imperialist powers will continue to drain the wealth of Nigeria, ignoring the needs of the very people who produce that wealth.

Within the fast-approaching turmoil, the whole political edifice will be shaken to its foundations. The trade union leaders will either have to give expression to the seething anger of the workers or be replaced by real working-class fighters. A shift to the left is inevitable at some point, as the masses seek a way out of the present nightmare. In this context, the ideas of Marxism will find a wider and wider echo.