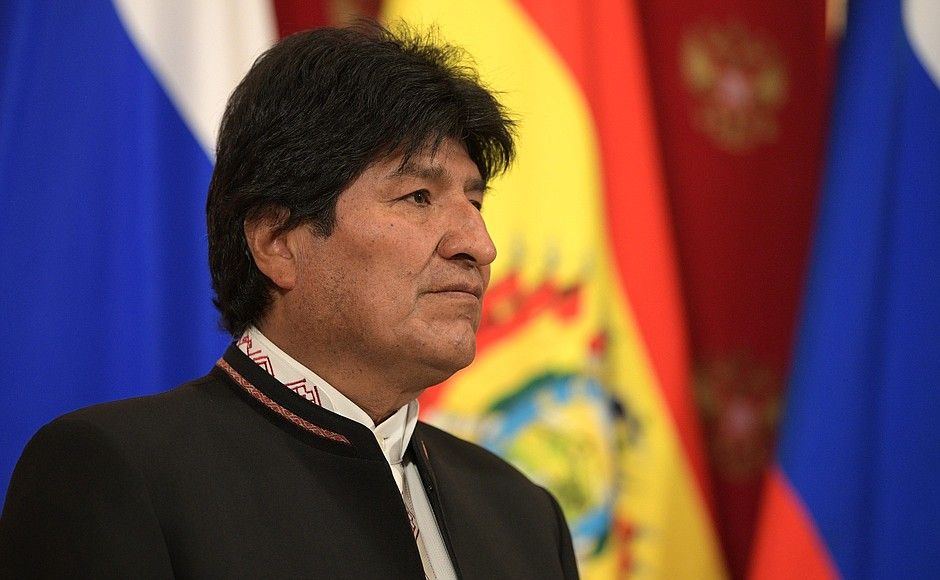 The elections last Sunday were to elect the president but, due to the conditions under which the whole process has been carried out, they were also a repeat of the 21 February 2016 constitutional referendum.

The polarisation that we are living through is because Evo Morales has won the presidential election, but lost the de facto referendum, and by a larger margin than in 2016.

This is why, as we pointed out from the beginning, the current crisis can no longer be solved through the High Electoral Tribunal.

This is not the same as the 2018 struggle against the Media Luna [“the Crescent” a series of provinces in the east]. The "plebeian" component of the anti-government mobilisations is very evident at present and even makes up the majority in regions of the country, such as PotosÃ and Chuquisaca, where unions, the Departmental Workers' Union COD, indigenous small shopkeepers and representatives of the Q'ara Q'ara nation who were present at the mass assemblies.

This is the result of the government's policy of class collaboration: support for businessmen and multinationals becomes unbearable when the economic slowdown increases the cost of living for ordinary people and intensifies exploitation. Anti-imperialism is almost instinctive for our poor and working people, and reflects our status as a backward capitalist country. But, because of how we got to this point, the anti-imperialist speeches of a government that maintains concessions to multinationals on the lithium and the silver deposits of Potosí, Incahuasi, Tariqua, the agricultural monopoly and the concentration of lands in the East, are met with scepticism.

Thus, the more days go by, the more the demand for Evo's resignation and new elections (which started in the "cabildos" (assemblies) of the south of the country) replaces that of the calling of a second round.

The government's invitation to the OAS to audit the elections clearly aims win time, demobilise the movement and obtain some form of international recognition, or recognition from sectors of the opposition.

The national bourgeoisie could accept a MAS government without the same absolute power but with the same capacity to contain the struggle of workers and peasants. But imperialism needs to remove any possible point of reference and counterbalance the contagious effect of the immense and extraordinary mobilisations of Ecuador, Chile, Honduras, Lebanon, Catalonia, etc. And this is why they will do everything possible to prove there has been fraud. This is what the OAS, the EU, and the governments of Britain, Germany, Spain, Canada, USA require. Bolsonaro who, like every good servant, goes ahead of the master, has already stated that he will not recognise the Bolivian government.

But not even Mesa, who alleges there has been fraud, questions the fact that the MAS came first. This means that, in these elections, the working class has made its maximum effort against the right, but it did not have any tools to fight against the class collaboration policy of the MAS, which would only be possible with a party of the working class itself, as the Marxists advocate.

Under these conditions, Mesa would be unable to govern, even if he were to win a second round. The country is deeply divided and from now on can be governed only with revolutionary or authoritarian methods, and agreements struck behind the backs and against the struggle of the people.

It is for all these reasons that the pronouncements of the trade union bureaucracy and left-wing organisations who are linked to the MAS in favour of an OAS audit are, at best, confusing and generally scandalous and cowardly. Seeking the support of imperialism is a losing strategy: it is essential to point the way forward in the ranks of the workers' and popular movement.

That is why we appeal to the whole working class, the COB, the FSTMB, the MAS left-wing organisations and the revolutionary organisations to the left of the MAS to demand from Evo: