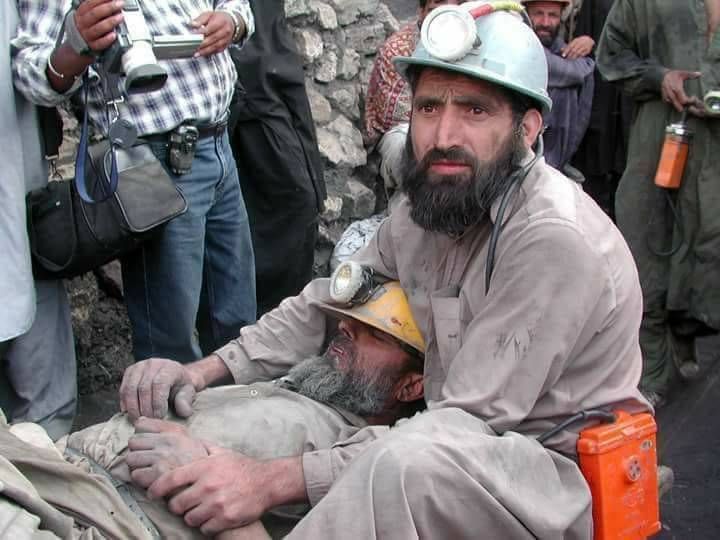 On Monday 13 August, just as Pakistan’s new parliament were taking oath after the recent elections, fourteen workers died in a coal mine near Quetta. The miners were trapped by a gas explosion inside the mine on Sunday.

The Newspaper Dawn reported that:

“Bodies of 10 of the 14 labourers trapped in a coal mine in Quetta's Sanjadi area have been recovered so far following a gas explosion last night – rescue teams told DawnNewsTV on Monday.

“In addition to this, five rescue workers who had gone to recover the trapped miners also went missing earlier in the day, two of whom have been found dead, Quetta Commissioner Hashim Ghilzai told DawnNewsTV.

“Rescue teams are trying to recover four other coal miners and three rescue workers who are still believed to be trapped in the mine, Ghilzai said. The excavation operation has been underway since yesterday.

“Following the blast, the Balochistan Provincial Disaster Management Authority had said that the rescue teams were trying to retrieve the trapped miners, but had remained coy about the chances of their survival.

“The miners belong to Shangla, Swat and Dir areas of Khyber Pakhtunkhwa.

“Poor working conditions inside coal mines in Balochistan claim the lives of miners on an almost daily basis in Harnai, Sowrange, Dukki, Mach and other parts of the province, but often go unreported.

“Coal mining is considered much more hazardous than hard rock mining due to flat-lying rock strata, generally incompetent rock, leakage or explosion of poisonous gases and coal dust, collapsing of mine stopes or general mechanical errors from improper use and malfunctioning of mining equipment.

“According to the Pakistan Central Mines Labour Federation, between 100 and 200 labourers die on average in coal mine accidents every year.”

Just a few months ago in May, twenty-three coal miners died and thirteen were injured in the same area when two mines collapsed. Twenty-one of those who died belonged to the same family of Shangla, near Swat in Pukhtoonkhwa. 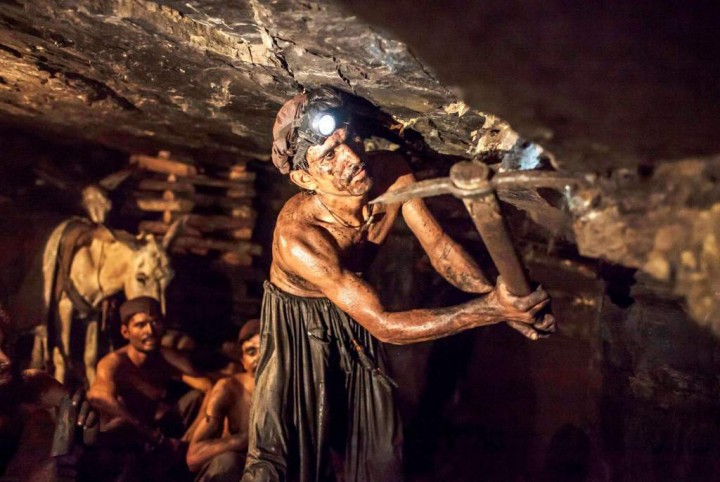 In Balochistan, around one hundred thousand coal miners work in four hundred mines in inhuman conditions. Starting work at five in the morning, the working day lasts between sixteen and eighteen hours and the average wage is $10 per week. Workers tend to be between thirteen and thirty years old. They stop work after the age of thirty, not due to retirement or the fact that they have received a pension, but because they contract fatal diseases preventing them from continuing. Indeed, many workers die before even reaching the age of thirty from various illnesses caused by their work, with tuberculosis being the most common. Others die soon after quitting their jobs.

Whilst there are laws for health and safety standards for coal miners, no one pays any attention to them. Workers are never provided with safety gear and not allowed to form unions – there is not a single union for these workers in the whole region. In fact, forming a union has become an unofficial crime in all sectors of Pakistan and any activity in this direction is crushed by the industrialists with the help of the police, judiciary and labour department. 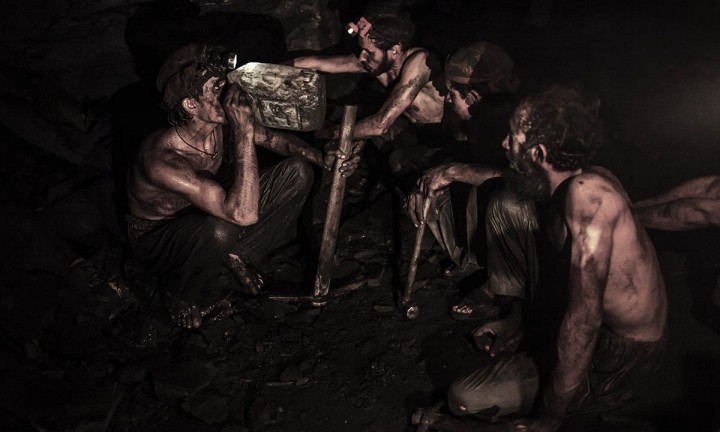 Many mines are operating illegally and are not even registered. Only twelve-thousand miners are registered in the Mines Department in Balochistan while all others are unregistered. These miners are forced to work in precarious conditions to earn their living. It is usually young teenagers who are sent to work in the difficult, narrow parts of the mines because those who are older than twenty often contract lung diseases making them unfit to work there. The miners’ families have been working here for generations; when a father dies, his son will take his place. High unemployment and falling living standards have meant that these people are forced to continue to sacrifice their lives at the altar of the blood-thirsty mine owners and the government employees bribed to allow it all to continue.

The most common accidents are methane explosions or the collapse of mines. Moreover, since no rescue teams or medical facilities are available to cope with these accidents, fellow miners usually attempt to rescue their colleagues themselves, which only results in more deaths and injuries. These accidents could easily be avoided if technology was properly used and safety standards were followed, but the mine owners choose to use primitive methods because, for them, the life of a coal miner is the cheapest commodity on the market.

There are laws supposedly requiring owners to pay compensation to the families of workers killed whilst working, but this compensation is rarely paid. Owners often blame the workers themselves. They claim that, if workers die, it is their own fault. 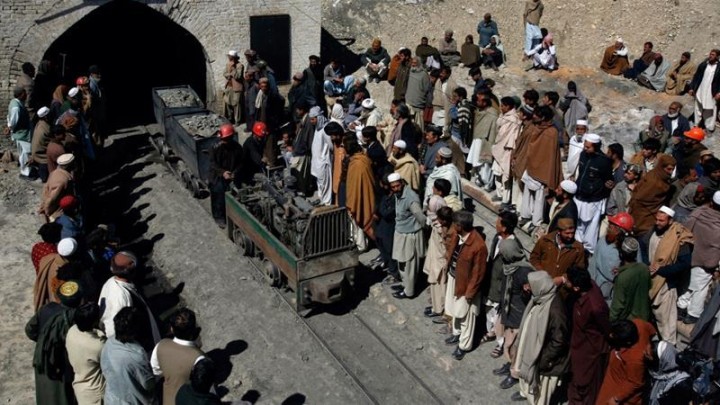 These coal miners are not alone. Workers in other sectors in Pakistan face similar conditions and are brutally exploited by the capitalists and the ruling elite. Governments and various departments are merely tools in the hands of these brutal exploiters who spill the blood of workers like water. No political party has condemned this brutality, and no MP in the new Assembly has spoken against this horrible exploitation. In fact, the new government has planned to privatise two hundred more public-sector departments in its first one-hundred days. This will only mean even more attacks on working-class people already living in monstrous conditions. 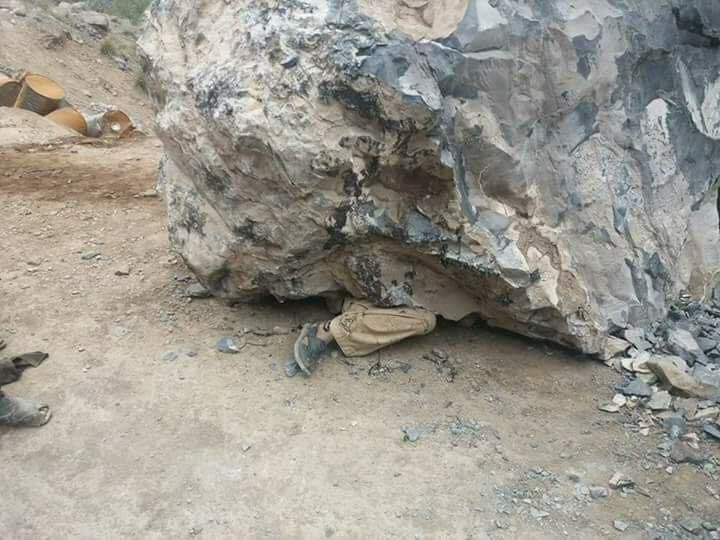 The only way forward for the working class is to fight against these attacks. Red Workers Front has condemned this brutality and has announced its complete support for the coal miners of Balochistan. They have appealed to other trade unions to come forward against this brutality and organise protests for the rights of coal miners. A protest was held in May in Quetta on the call of the Pakistan Worker’s Confederation to protest against the killings of coal miners, but it is important to widen these protests and agitate on a much bigger scale. Only the unity of working class can stop this barbarism and rescue the workers from this bloodthirsty capitalism.