Pakistan is facing a great humanitarian disaster due to recent floods. Millions of people have lost everything. The whole state infrastructure has collapsed. This flood has exposed the farce of capitalist development. Ruling classes of Pakistan are responsible for this. They have destroyed lives of millions of people through their corruption, mismanagement negligence and impotency. According to United Nations more than 3 million people have not received any aid yet; the real figure is much more than that.

In Southern Punjab, which is the hub of feudal aristocracy, cities like Jampur and Kot Addu were drowned to serve the interests of a few feudal landlords. In Baluchistan, in order to protect the air bases in control of US, 3 cities were drowned.

In this situation PTUDC is carrying out its Revolutionary Flood Relief & Protest Campaign to provide efficient relief and expose the criminal acts of the ruling classes. 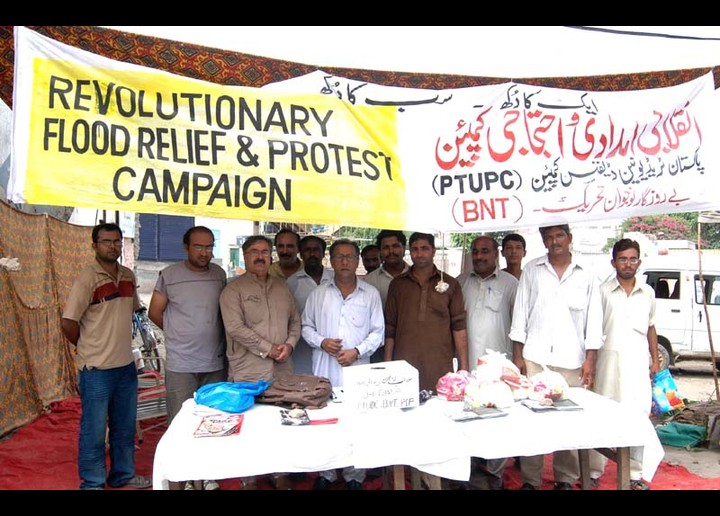 Comrades of Multan Region have set up camps and collection teams to mobilize support for the flood victims.

A collection camp was set up at Nishtar crossing in Multan. This camp of PTUDC got huge support from progressive people in trade unions, Peoples Party, Students Federations and Intellectuals. Along with collection and relief activity this camp became a place of discussing political and ideological aspects of the tragedy caused by this flood. The visitors were given leaflets and other Marxist literature to explain them the real cause of this devastation. Comrade Haider Abbas Gardezi, who is member of Federal Council of PPP, has been visiting the camp daily along with other comrades of PPP and enriched the political debate along with untiring involvement in relief activity. 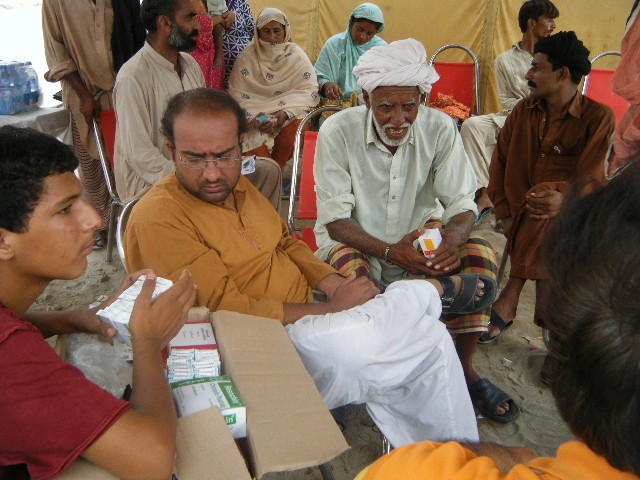 Also many Trade Unions have supported our camp in Multan which includes: 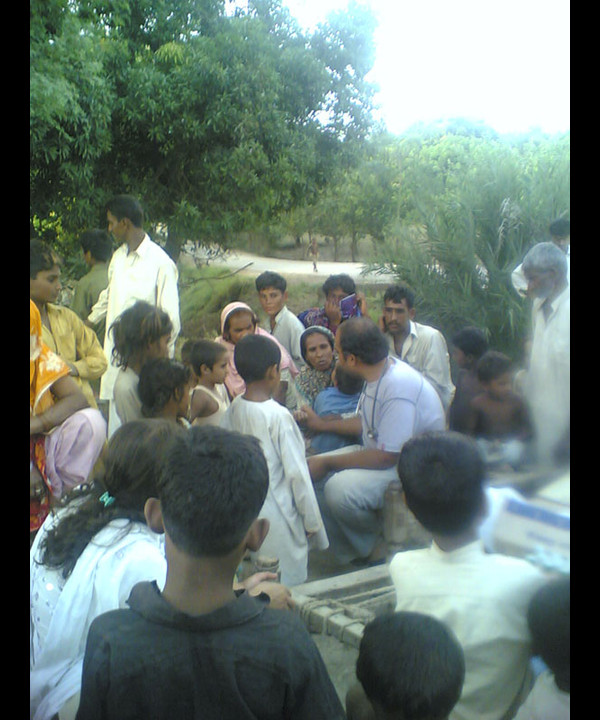 The comrades of PTUDC and activists from these unions are in the forefront of collecting funds for flood victims.

Along with activity in camp teams, comrades go to different Trade Union offices and markets on a daily basis to collect funds and goods. Comrades distribute leaflets and discuss perspectives during the fund campaign.

Female comrades are demonstrating a Bolshevik passion during the campaign. Not only these comrades sit in the camp and go to Union offices and market they also cook food in this harsh weather. Comrade Sonia especially has done a great job in preparing food for Flood victims. 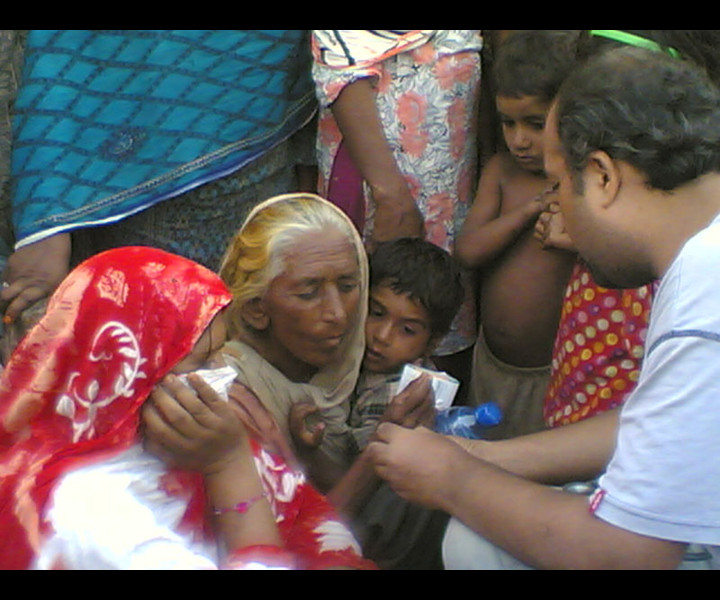 Through this camp 400 flood affected people are given food daily. Also clean drinking water is also being provided. Clothes to hundreds of people are also being distributed.

The collected funds are being used in supplying food and other needs to flood affected areas on daily basis. We have targeted two areas near Multan to provide relief: Suraj Miani Akbar Shah Bund and Sher Shah Bund.

Teams of comrades visit these sites daily and provide relief to the affected people along with discussing with them the role of the ruling class, which is already exposed to these people. A big part of their daily journey includes travelling in mud and flood water to reach these people. But comrades have not missed their duty a single day. 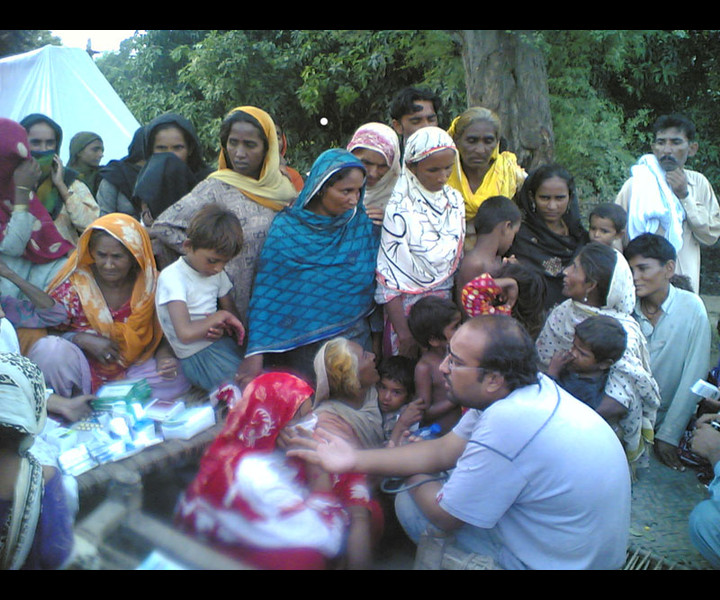 Along with providing relief to the flood affected areas near Multan this camp is serving as a base camp for relief activity in D.G. Khan, Jampur, Rajanpur, Kot Addu and Layyah Camps. Due to the collapse of infrastructure after the floods it is difficult to reach these areas by bus or train. So comrades in Multan are collecting medicines and funds from other parts of the country and are dispatching it to these areas. Recently comrades got medicine worth Rs. 1 million from camp in Karachi and other cities and dispatched it to Kot Addu and D.G. Khan. Also a water filtration plant for Kot Addu was also dispatched from Multan. Many items of daily use along with revolutionary literature are also being supplied to these areas.

A Revolutionary free medical clinic is established at the flood affected site of Suraj Miani Bund. Local population has appreciated the efforts of comrades in a big way and a house has been dedicated to comrades to establish their clinic. 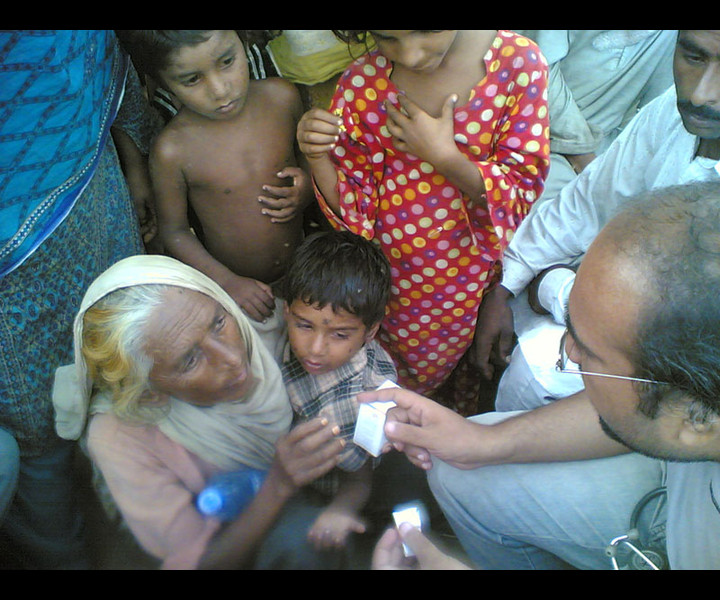 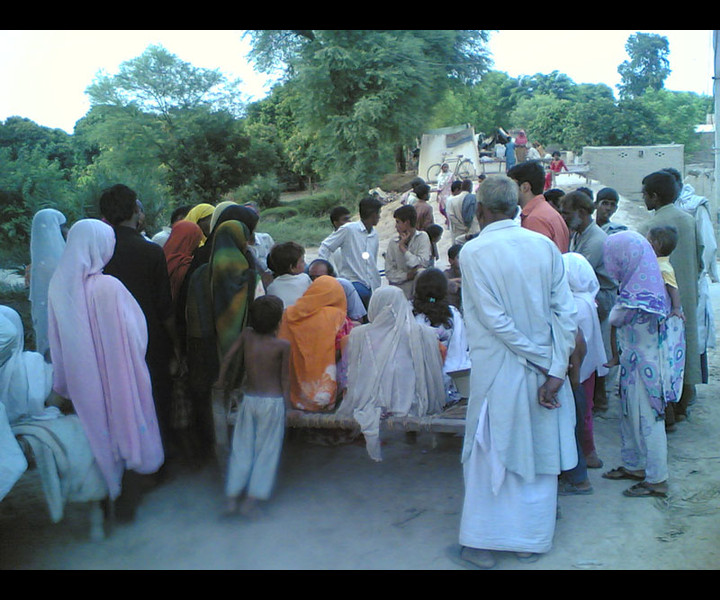 This Capitalist System gains on the miseries of people this is why medicine companies are using this catastrophe to enrich themselves. All the stocks of expired medicines have been supplied to flood affected areas because many NGOs and independent people doing relief activity buy medicine in bulk and go to unknown places to distribute medicine and then vanish. In this way there are few chances of exposure of this fraud. However, due to the revolutionary strategy and organized way of PTUDC campaign this big scam was exposed. Our comrades were given expired medicines from 3 different medical stores but our comrade Doctors checked it and agitated against this brutality in the catastrophe. Already many children are dying due to use of expired medicines.

Pharmaceutical companies have conspired with government official and ministers and are selling these expired medicines to Government in Flood Relief Campaign. This will give them huge profits but kill thousands of those who have escaped from death due to this flood. This is the real face of Capitalism. 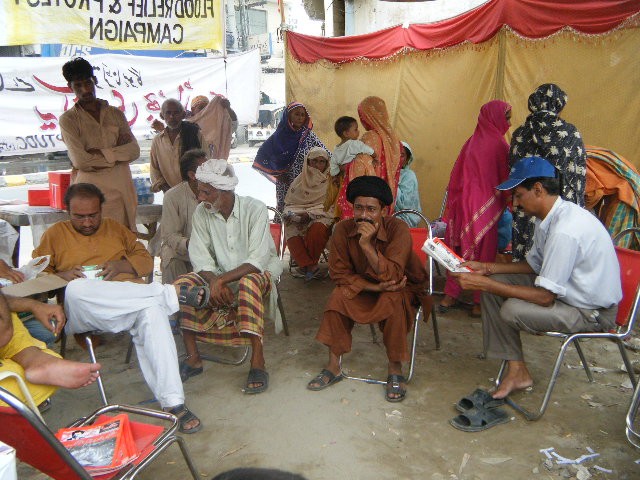 The effective and efficient campaign of PTUDC is inspiring many trade unions and big number of Trade Union activists and workers of PPP are now visiting our camp daily asking for more literature.

The protests being organized by PTUDC against the ruling classes have also got big response from local people of Multan. Peoples Students Federation and Berozgar Nojwan Tehreek BNT are also winning a lot of youth by participating in this campaign. Many women are also contacting to know the procedure of joining PTUDC.

We are trying to reach more people through this campaign and are involving more people to raise funds and expand our infrastructure in the flood affected areas. For that we will establish another clinic at Sher shah bund soon.

Also we will publish more leaflets and revolutionary literature to expose the real causes of this flood which are not natural but manmade. In this way we will expose the reality of capitalist system which cannot solve a single problem in this country and the only way forward is building a revolutionary party to overthrow this system through a socialist revolution. In this hour of destruction and devastation we are moving towards our goal with revolutionary spirit.