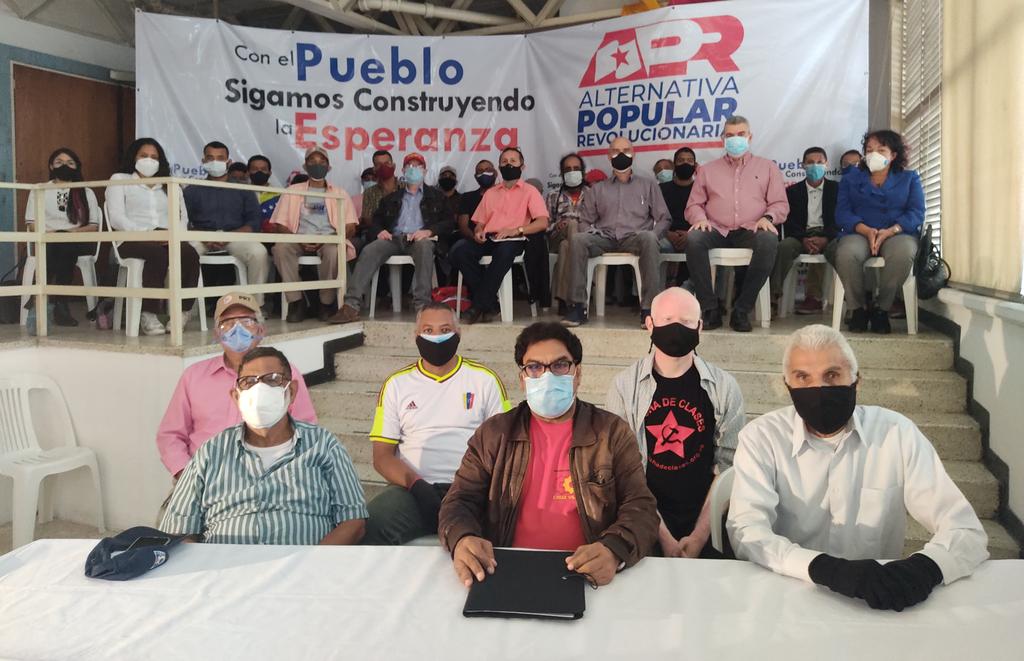 On 19 April, the Venezuelan People’s Revolutionary Alternative (APR) organised the public launch of its founding congress period. This is an important step forward for the APR, which was established in August last year by socialist and revolutionary organisations, in response to the anti-working class course taken by the Venezuelan government of president Maduro. The congress will discuss the APR’s programme, a political document and its organisational structures.

The event was held in Caracas, at the Cantaclaro Theatre, in the headquarters of the Communist Party. Because of COVID-19 restrictions, attendance was limited and the meeting was also therefore livestreamed.

The meeting opened with a series of international greetings from all over the world. From Brazil, to Australia, from Mexico to Greece, from Germany to Britain, from the US to Spain: communist parties and revolutionary organisations expressed their support for the Peoples’ Revolutionary Alternative and wished it success in its congress discussions.

International greetings were followed by revolutionary songs by Paola Katari, and then by contributions from several of the organisations which form part of the APR: Rafael Uzcátegui (from PPT-APR), Lucha de Clases CMI (the Venezuelan section of the IMT), Otto Van der Velde (from the PRT), and the Venezuelan Communist Party.

The meeting also received greetings from Aryenis Torrealba and Alfredo Chirinos, the two young revolutionary engineers at the state-owned oil company PDVSA, who had been falsely accused of corruption, treason, criminal association and terrorism and who were imprisoned for months. During their trial, most of the charges against them were dropped, and they were finally convicted of the lesser charges of divulging confidential information and sentenced to house arrest. Their only crime had been that of denouncing corruption within PDVSA.

Several trade union organisations from across the country also sent greetings to the APR.

The meeting concluded with Oscar Figuera, PCV general secretary and elected APR member of the National Assembly, reading out the official call for the founding congress of the Peoples’ Revolutionary Alternative.

The statement makes it clear that the APR opposes the “criminal imperialist aggression against Venezuela by US imperialism and its European allies”, but also denounces the Venezuelan government for using that aggression as an excuse to reach an “elite pact” with the capitalists, a process described as “neoliberal restoration”.

The statement goes one to explain how, as a result of this, the government has attacked workers’ rights and conditions (wages and collective bargaining); has carried out a policy of privatising state-owned companies (some of which were nationalised by Chavez); how there have been several instances of police attacks on peasant communes, which have been evicted from their land; trade unionists and revolutionary activists have been attacked; the economy subjected to liberalisation and dollarisation, amongst other measures. Such measures “unleash the burden of the capitalist crisis onto the shoulders of the exploited majority”.

The primary reason for the existence of the APR is to show that there is an alternative to these policies: a way out of the crisis of capitalism in favour of the workers and peasants. The statement calls on all “revolutionary, socialist, anti-imperialist, anti-neoliberal and progressive forces … the chavista rank and file and the people in general” to unite in the struggle and participate in the APR congress discussions, and to set up Nuclei of the APR in every town, city and workplace.

The Congress will go on to discuss “the world capitalist crisis, aggravated by the pandemic” and offer a “revolutionary way out of the crisis of dependent rent-seeking Venezuelan capitalism, not one which benefits the bourgeoisie”. It was announced that the founding congress will discuss a Political Manifesto, Programmatic and Struggle Guidelines as well as Standing Orders for the running of the APR. 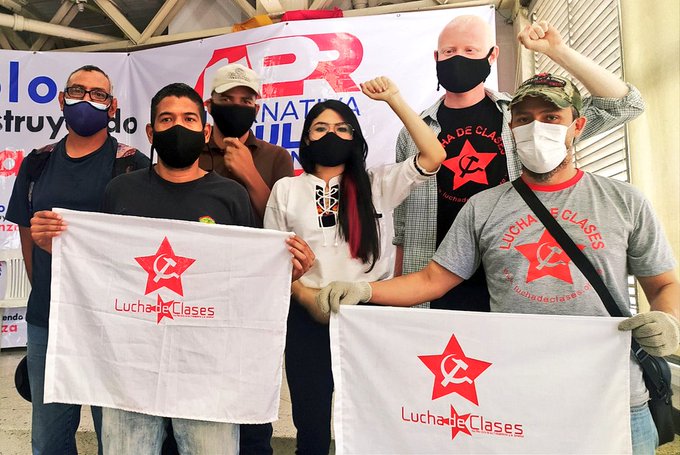 The organisation of the founding congress of the APR is an important step forward, which should be used to widen the reach of the organisation, establish its structures and advance towards the necessary political clarification. The comrades of Lucha de Clases have insisted from the beginning that it was necessary for the APR to adopt a defined political program, one which is clearly based on working-class and socialist policies.

It is imperative that the congress discussion period, which will unfold over the next four months or so, is used to reach the broadest layers of workers, peasants and the revolutionary youth across Venezuela and involve them in the building of the APR.

The decision to embark on this Congress could not be more timely. After the victory of the PSUV in the National Assembly elections, the Maduro government has continued and deepened its policies of pacts with the ruling class, which include the dismantling of key conquests of the Bolivarian revolution. Just a few days ago, Vielma Mora, a PSUV member of the National Assembly revealed in discussions on the new Organic Law on Special Economic Zones, that they wanted to “eliminate expropriations of those [capitalists] who would invest and to revert privatisations when the private sector asks for it”. He added that since “the private sector is primary in the strengthening of the Venezuelan economy”, the new law would “include protection for national and international investment.”

As a matter of fact, although Mora was referring to the Special Economic Zones, this is already part of the government’s policy. In recent months, several state-owned companies have been privatised or their management handed over to private companies (Venezuelan and foreign-owned) in an opaque and secretive fashion. Because of the politically sensitive nature of these moves (many of the companies were nationalised by Chavez) few PSUV spokespersons had dared to be as brazen as Mora.

Mora added, “we must put on a red carpet for the private sector,” and explained how the government was calling on the private sector itself to dictate the terms of the new law: “we are asking the private sector, the industrial chambers, the chambers of commerce, Consecomercio, Conindustrias, Fedeagro, Fedecámaras, that, if they have any proposal to modify any law, to let us know, so that we don’t find ourselves in a situation in which we approve a project and later realise that some article hinders its implementation.”

This really sums up the general course of government policy: an attempt to reach a pact with the Venezuelan ruling class. This is the same ruling class which has carried out countless attempts to overthrow the Venezuelan government of Chavez and then of Maduro. Of course, a pact with the ruling class must involve an assault on workers’ rights, one which already started in earnest some years ago, particularly with the package of economic measures of August 2018.

These are the conditions which led to the emergence of the APR. These are the reasons its founding congress is so important. Lucha de Clases and the IMT are committed to working towards making it a success.