Details
In Defence of Marxism
02 February 2015 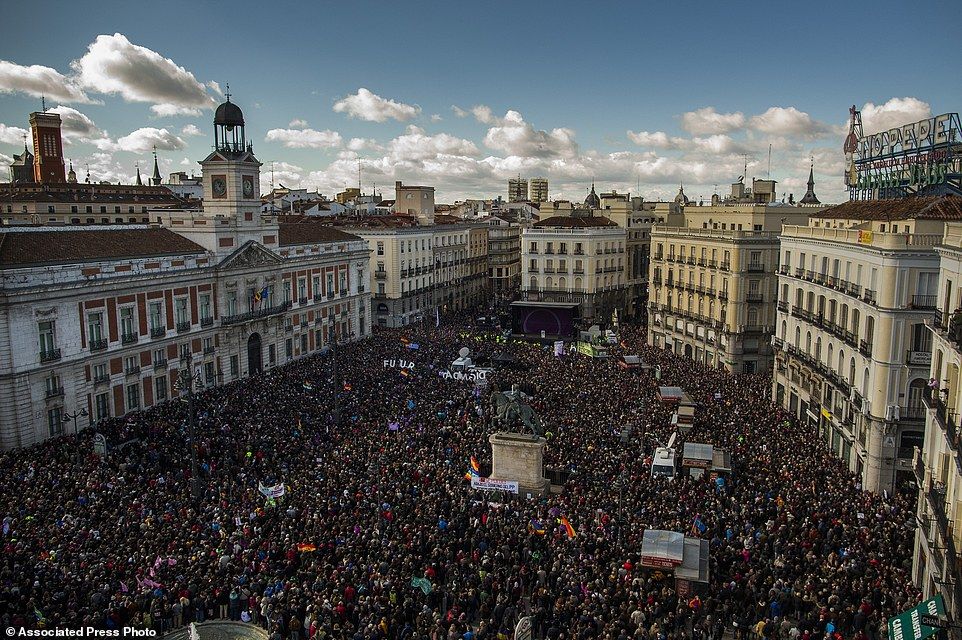 Hundreds of thousands marched in Madrid on 31 January, in a demonstration called by Podemos to mark the beginning of their campaign to win the general election this year in Spain. The huge march came just after Syriza’s victory in Greece and reflected the deep anger of millions of working people against capitalist austerity, as well as the hope that it can be ended.

Those attending had come from all over Spain in coaches, shared cars, and by public transport to show their support for the one-year-old party and their rejection of the savage policies of cuts implemented by the ruling right-wing Popular Party (and previously by the social democratic PSOE).

Police said 100,000 people took part in the demonstration, but the organisers put the figure at 300,000. Whatever the exact figure, this was a huge human tide. The whole route of the demonstration (from Cibeles to the symbolic Puerta del Sol) was already filled with people before the march began to move.

At the head of the “March for Change” a banner, carried not by Podemos leaders but by anonymous participants, read “The Time is Now”. Although the organisers had chosen not to give the demonstration any particular slogans or demands, people brought their own. All the main struggles of the last period were represented: against cuts in education, against privatisation of healthcare, the anti-evictions campaign, etc. Hepatitis C patients fighting for their right to access the latest treatments (which the government alleges are “too expensive”) were also there.

Syriza’s victory in Greece has clearly had a big impact in Spain as people interpret it as a possibility of breaking with the brutal capitalist austerity policies of the last few few years, and there were many Greek banners at the demonstration.

It was also significant to see the numbernumber of Republican flags on show. The leadership of Podemos has been careful to avoid portraying an image of being in favour of the abolition of the Monarchy, limiting themselves to stating that a new constituent process should decide the question of the head of state. But it is clear that the rejection of all the institutions of bourgeois democracy established in 1978 at the end of the Franco dictatorship also affects the Monarchy, which has been mired as it is in corruption scandals. If we are to judge by the mood at the demonstration, the cautious approach of Podemos leaders has no justification.

This is how a veteran Spanish comrade who was involved in the revolutionary struggle against Franco’s dictatorship described the mood:

“This morning Podemos’ human tide has taken over Madrid. Banners from all over the country, with all sorts of demands and slogans, hundreds of republican flags, whole families, a feeling of wanting to identify with the demonstration’s aims with people wearing T-Shirts, stickers, etc. The dominant feeling was one of hope and confidence in our own strength, summarised in the slogan ‘Yes We Can’. This was the mood today in the streets of Madrid.

“The events we are witnessing are really impressive. There is a clear change in the mood. It is said that 300,000 people have taken part. Despite the approach of the leadership, the demands, slogans and songs had a clear class content. The traditional songs of struggle of our class are being brought back to life. It was very moving”.

This was not just a youth movement, but a huge demonstration of strength by ordinary working people of all ages who have had enough. It was also an answer to the disgusting hysterical campaign of attacks on the part of the capitalist media against Podemos and its leaders. For months they have been accusing them of being linked to ETA terrorism, of being “Castro-Chavistas”, of being financed by Iran and a whole series of other false allegations each one more outrageous than the last. 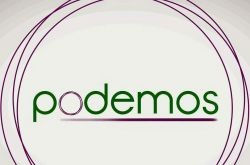 None of this has had any impact and Podemos is now first in most opinion polls. Podemos leader Íñigo Errejón said: “this march starts in Cibeles and finishes in La Moncloa” (the official residence of the prime minister). The mood now is one where people can see an election victory for Podemos as the way to put an end, not only to austerity, but to the whole 1978 regime. Many carried signs which said “tick-tock”, signifying the countdown to the end of the PP government.

The Spanish premier Rajoy is certainly worried about the impact of the events in Greece. Spain has now become the strongest opponent of any EU concessions to the new Greek government. Any hint that a different set of policies might be possible, other than brutal austerity cuts, would destroy any remaining legitimacy Rajoy may have and could even precipitate the fall of his government.

This is the beginning of a year full of elections in Spain. In March there will be local elections in Andalucia, where the PSOE has been in a discredited coalition with United Left, which has also thus become equally responsible for the cuts. This will be followed in May by municipal and regional elections. Popular Party and other right-wing mayors in key towns and regions are facing defeat, in some cases at the hands of broad coalitions of the left and anti-austerity campaigners. Then in September there will be early elections in Catalonia. Finally, November is the last date for which Rajoy can call a general a general election.

The huge demonstration in Madrid on Saturday 31, reveals not only deep seated mass opposition to austerity, but also the hope that it can be ended by defeating the PP in the polls. The masses have said “enough!” Through their own experience, in struggle, in the polls, they will gradually come to understand that there is a fundamental contradiction between their basic aspirations (for education, healthcare, housing, jobs) and the continuation of this crisis-ridden capitalist system.