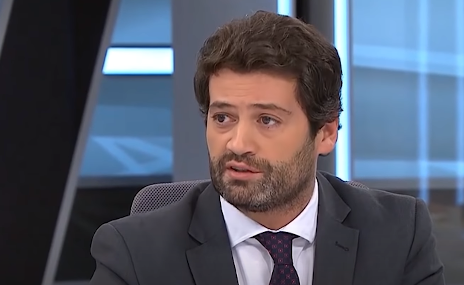 The reactionary Chega party is making electoral gains in Portugal. How should Marxists respond to the threat of the far right? In addition to the analysis here, our Portuguese comrades are running an event on 8 November that will ask the question, What is Fascism? If you are interested, sign up today! Please note, this event will be held in the Portuguese language.

In September, the far-right party Chega held its national party conference in Évora, one of the areas where it had gained the most support in last year’s legislative elections. Because the party was only founded in April 2019 and then went straight into an electoral campaign, this was the first time they had gathered to discuss their policies in full. All manner of bile spewed forth from its leading members, as avowed white supremacists and neo-Nazis could be counted amongst the audience.

Chega against women’s rights and communists

The party leaders came out in defence of the state – in particular prison guards – and against immigrants and anything else that apparently threatens the Portuguese nation with an “internationalist, globalist and progressive” agenda.

There was a motion put forward against women’s rights, including the right to abortion, which also attacked the LGBT community and called for a return to “family values”.

But the most vicious attack was reserved for the communists, as one motion called for any party with a Marxist ideology to be made illegal in Portugal. In this way, Chega announced itself as a pretender to the traditional role of a fascist party, whose principal method is the use of force against organisations of the working class, and whose principal aim is the destruction of these organisations.

The threat of the far-right

In an article in PÚBLICO last month, columnist Maria João Marques was correct to assert that Chega is no laughing matter, and that we need to do more about them than “protest on social media”. The party made history in 2019 by becoming the first far-right party since the 1974-75 Revolution to enter the Portuguese parliament, but they received just 1.3 percent of the vote. By January this year, though, one poll had them at 6.2 percent, level with the Portuguese Communist Party.

And it is in large part at the PCP’s expense that Chega is gaining so much ground electorally. Many of the areas where they performed best in the 2019 elections are typically strongholds of the PCP. This is relevant to how the threat that Chega poses can be combated, because it tells us about the social make-up of their electoral base, and the role they play in real terms.

When the election results were announced last October, leader of the Bloco de Esquerda, Catarina Martins prioritised making overtures to the PS about a coalition government, in which her party could be included. The PCP leadership had little understanding of why they had lost votes. Meanwhile, André Ventura – the leader of Chega and former officer of the ultra-reactionary GNR police force – went on a demagogic offensive against the government. He addressed the working class directly, railing against the system and even calling for a new republic.

It is easy to see why certain, more impoverished or inert layers of workers would be attracted by this rhetoric, especially when the PCP and BE had spent the previous five years acting as cheerleaders for a government continuing to implement austerity measures. The leading clique of Bloco de Esquerda scarcely bothers to conceal its attempts to cosy up to the Portuguese ruling class. The PCP leadership pays lip service to the cause of labour within its own active base while presenting a picture of total inaction to the broader working class, and dampening down the class struggle at every opportunity. Now, to many workers any fighting talk coming from the mouth of Jerónimo de Sousa, the General Secretary of the PCP, smacks of hypocrisy and betrayal. This is the immediate danger Chega poses. By appearing to be an anti-establishment alternative in the absence of any real left opposition to pro-capitalist policies, they are cutting across the real divide in society, sowing divisions within the working class on the basis of race and nationality.

Of course, just as the PCP leadership has its left face for members’ rallies and it's more pragmatic face for backroom dealings with the bosses and the government, so the Chega leadership has its own two-faced approach to politics. While in public it plays on the desperation of poor workers, with demagogic language as well as hate speech, at last month’s conference, the ultra-reactionary nature of the party was fully exposed. This only encourages the fearful cries of ‘fascism!’ across the left. 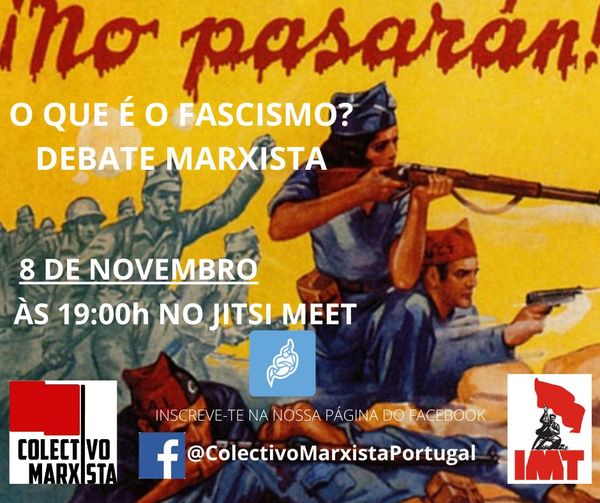 The Portuguese comrades' event on 8 November will explain what fascism is, whether it poses a threat today, and how it can be resisted

While there are certainly elements within Chega who would be more than comfortable taking their place in a fascist movement, we must be absolutely clear that such a movement does not exist. Two years ago an attempt by fascist sects to co-opt a Portuguese version of the gilets jaunes demonstrations ended up in a mass boycott, with a handful of far-right lunatics trying to wave down traffic in yellow jackets. This demonstrates quite clearly what little room there is in society for fascism to take root. Moreover, the Portuguese workers are yet to mark this turbulent period of history with their own mass movement. And if such a mass movement arose, the ranks of workers would be great enough to crush any counter-revolutionary opposition movement standing in their way.

However, just because fascism itself is not on the rise, it does not mean we should allow bands of fascists to roam our streets freely. Fascists groupings inside and outside Chega have clearly been emboldened by the party’s electoral progress. They should be met with the full force of the working class whenever they dare to raise their heads in public.

In fact, the labour movement – and especially the PCP-affiliated CGTP – should be doing much more to mobilise their ranks against fascist activities. Far from Marxist parties being illegalised, fascists should be prevented from organising in any way. If they raise their little fingers, the CGTP could have mass demonstrations of workers permanently shutting down the conference of European fascists that takes place annually in Lisbon. They could have the fascists responsible for the murder of Alcindo Bernardo Monteiro in 1995 thrown back in jail and banned from reorganising, and have the police officer who denied Bruno Candé’s murder was racially motivated tried for obstructing the course of justice.

But it would be entirely the wrong approach to deal with the general phenomenon of Chega’s rise in popularity through the use of force alone. Chega isn’t tapping into the active movement of a reactionary social base, but the passivity of certain workers, who don’t see an alternative to high rents, terrible working conditions and cuts to public services in any of the left parties. For a lot of these workers, the Marxist insignia of the PCP has come to symbolise betrayal. In key party safe seats, PCP-led councils have treated their main base of support with contempt over successive generations, selling off vital services and chronically underinvesting.

Only a fighting workers’ party, with policies on jobs, housing, healthcare and education in the interests of the working class, struggled for consistently from an independent class position, could galvanise these layers into action. This would see much of the apparent support for Chega melt away.

The PCP and Bloco de Esquerda both lack the leadership to be that party at this moment. That is why to fight Chega we must also fight to transform the left in Portugal.