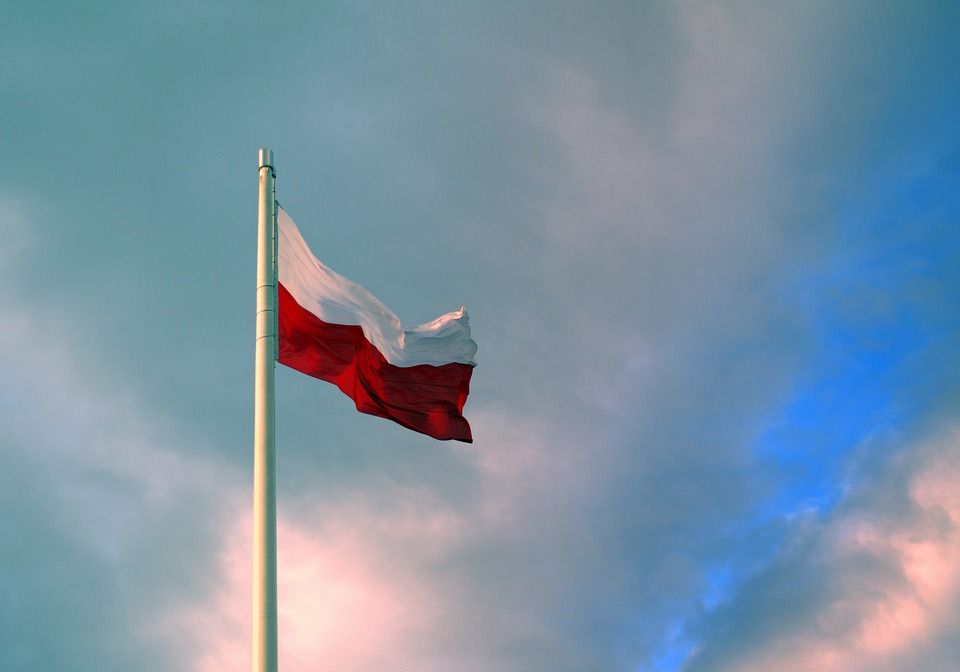 For the second time this year the Polish government has backed down in the face of street protests.

In October mass demonstrations blocked the proposed tightening of the law on abortion, and over the last weekend thousands of protestors have forced a government U-turn on proposed restrictions on media access in parliament.

As well as the recent protests outside the parliament building in Warsaw and in other cities, opposition MPs occupied the podium inside the parliament chamber holding signs demanding freedom of the press. The government proposals would have limited journalists’ access in parliament to certain designated areas and severely curtailed their right to film inside the chamber.

Part of the reason for the government’s attempt to curtail press access to parliament is that journalists have been photographing and filming MPs behaving badly in parliament - falling asleep on the job and turning up to work drunk.

But broadly speaking these proposals and protests have to be seen in the context of a constitutional crisis that has been rumbling on since the election victories of Law and Justice (PiS) last year. For the first time since the restoration of capitalism the government has an overall majority in the legislature and it has used this position to limit the power of the judiciary and to exert greater state control over the media. The opposition claims that this is a violation of the rule of law and has accused the government of authoritarianism.

Splits in the ruling class

Protests against the government have been a relatively common phenomenon since PiS won the last election. Moves by the government to limit the power of the constitutional court; to restructure state owned enterprises, including the media; to tighten abortion laws and now to restrict media access in parliament have all provoked opposition from those who claim that the PiS government is “undermining democracy”.

This can’t really be called a mass protest movement – it lacks the depth and direction for that. In fact, more than anything else, the protests reflect the fault lines that exist within the ruling class. Neither the government nor the opposition has any interests beyond doing what’s best for Polish capitalism. The former is pursuing a process of “Polonisation” of the economy which goes hand-in-hand with a purge of the courts, the media and so on, of those who oppose this policy. The latter bases itself on the pro-EU, pro-free market capitalist policies that has dominated Polish politics for many years.

The split in the ruling class is taking on a particularly sharp character in Poland for a number of reasons, not least because they can feel the simmering anti-establishment discontent amongst ordinary Poles that handed PiS its election victory. Looming economic difficulty, domestically and internationally, plus tension over the refugee crisis and the behaviour of Russia leaves the ruling class in Poland with fault lines crisscrossing right the way through it, leaving it susceptible to large cracks suddenly opening up.

The anti-government demonstrations have been loosely organised around an organisation called the Committee for the Defence of Democracy, whose acronym KOD is supposed to be reminiscent of the KOR (Workers Defence Committee) which was set up in the 1970s to fight the Communist government. The politics of all the protests against the government thus far is decidedly liberal. Demonstrators have been carrying EU and Polish flags and have been singing the Polish national anthem. Despite several strikes and industrial movements in recent years the KOD hasn’t looked to build anything beyond gatherings and demonstrations with speakers from the Civic Platform opposition party which was in power for eight years until 2015.

This is not to say that, under certain conditions, a protest movement for democratic rights couldn’t gather more steam and eventually start to move according to a logic of its own and develop a class basis. The experience of the recent demonstrations and, even more so, of the anti-abortion protests, has proved the point that the only way to achieve victory over right-wingers and conservatives are the methods of mass struggle.

But what is still missing in Poland is working class organisations to coordinate such action and spread it to the broadest possible layers. The recent protests have included action by opposition MPs, this doesn’t include any left-wing MPs because not a single Left party won a seat in parliament at the last election. Members of Razem, a new political party modelled on Podemos in Spain, have been participating in recent protests but are currently failing to achieve much of an echo.

PiS: a giant with feet of clay

The fact is that without a viable Left alternative to cut across it, PiS is still riding the anti-establishment feeling which brought the party to power last year. Polls continue to put PiS popularity steady at 36% - the highest of any party in Poland – thanks in part to their protectionist economic policies which are seen as helping those who are least well off. After eight years of economically liberal government and rising inequality PiS seems to be offering an alternative to many people.

But this popularity can’t last. PiS can’t solve any of the fundamental problems facing the Polish working class, starting with the economy. Poland’s GDP grew at an annualised rate of 2.5% in the third quarter of this year which is the slowest rate of growth since 2013. And the aggressive protectionism of the PiS in comparison to the previous government has put foreign investors on edge. Poland relies heavily on trade with Germany and other EU states whose own economies face looming difficulties – something about which the PiS can do nothing.

When the populist measures implemented by PiS have to be rolled back under the pressure of economic crisis, support for the government will begin to evaporate, especially among those workers for whom the restoration of capitalism in Poland has meant a series of blows against living standards, and for young people who have only known a system fuelled by rising inequality. It is under these circumstances, when the working class gets on the move, that today’s KOD protests can develop a class logic of their own.

Despite the U-turn on media access to parliament the authoritarianism of the PiS is only going to increase. After the opposition MPs occupied the podium in parliament the government MPs simply moved to another room and voted through the 2017 budget without considering any of the hundreds of amendments proposed by the opposition. A move like this, if the PiS is able to make it stick, will be a much bigger victory than the media restrictions law, which the government has therefore been happy to concede on.

The opposition has declared the vote on the budget illegal and is continuing to occupy the parliament. Now, having won on the question of media restrictions, they are demanding a re-run of the vote on the budget. But whereas thousands of people joined the protests about the media law outside the parliament over the weekend, by Tuesday this had dwindled to just a few hundred.

Meanwhile the PiS, which has an overall majority in the legislature and also won the presidential election earlier last year, now has control of the constitutional court as of the beginning of this week. Previously the court was causing a headache for the PiS by challenging the constitutional legitimacy of laws passed by parliament. But the head of the court retired at the beginning of this week and is likely to be replaced by a pro-PiS judge. This has centralised state power in the hands of the PiS leadership – it is the most powerful any political party has been since the Communist era.

But this apparent strength rests on very unstable foundations and can turn into is opposite very quickly. A tightening right-wing grip on the state; political instability and protest; economic difficulties; an anti-establishment mood that was awakened by last year’s elections – this is fertile ground in which to sink the roots of a genuine mass party of the working class. This has to be the task of the Left in Poland in the next period. While the liberal intelligentsia wring their hands in despair at the rise of right-wing populism and nationalism, we can be optimistic that the conditions exist for the rise of radical, socialist politics.