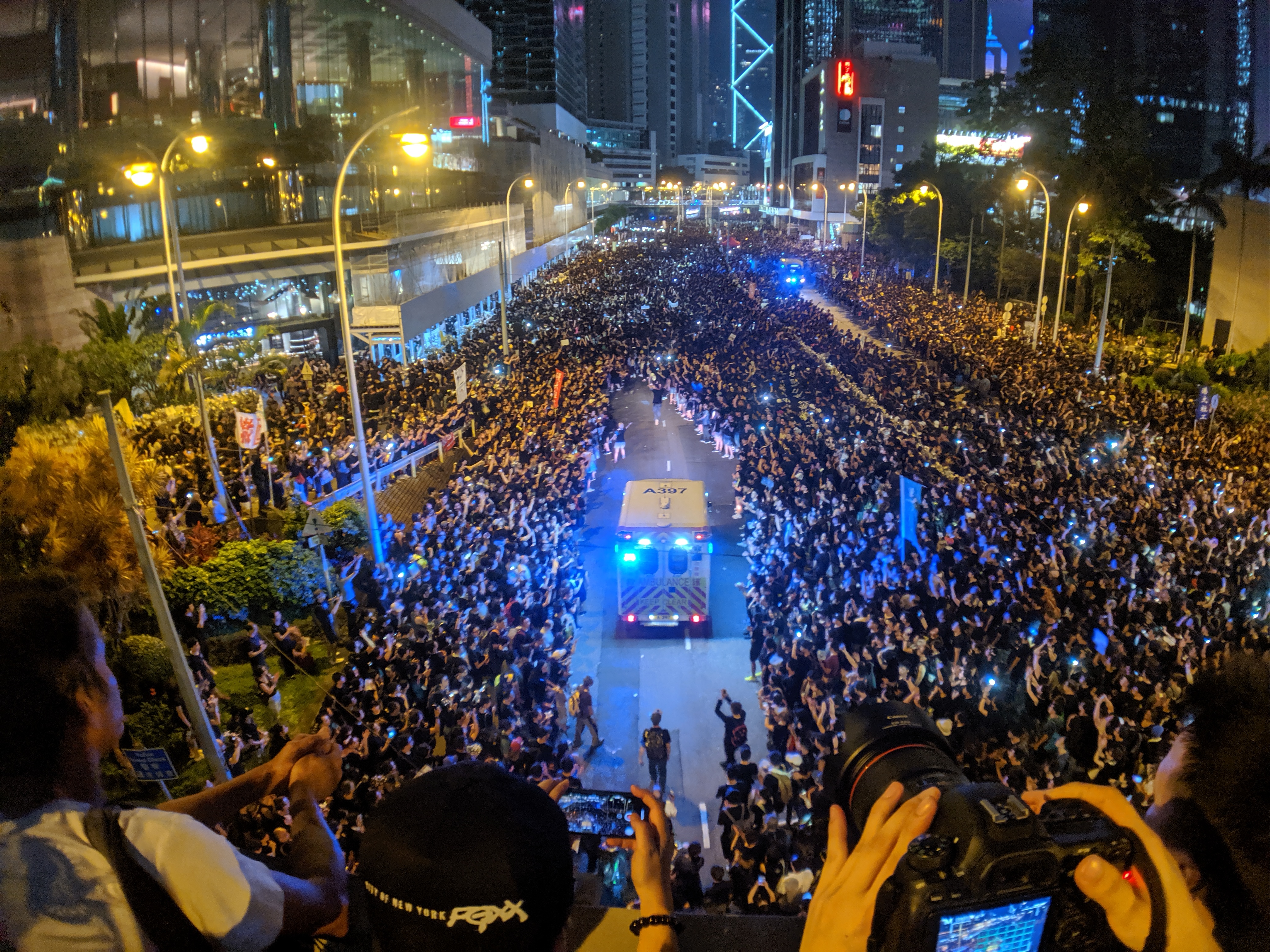 tHong Kong’s massive movement against the Beijing sponsored extradition law is showing no signs of fizzling out, after 500,000 people joined a march yesterday, the anniversary of the handover from Britain to Hong Kong. However, the movement is already at a crossroads, for it has reached a limit of what can be achieved without leadership and programme.

Since the record breaking protests we reported on two weeks ago, Carrie Lam, Hong Kong’s Chief Executive, has apologised for her conduct and has indefinitely shelved the extradition law. However, the law has not been fully retracted, and will be put back on the table in some form when suitable for her regime. Therefore, the movement is faced with the questions: What next? How can we force the bill’s scrapping, and what are the implications for Hong Kong?

Lacking political leadership, a layer of activists has pushed for increasingly militant action, but without a coherent strategy or political programme these not only have a desperate character, but also tend towards simplistic and reactionary ‘anti-Chinese’ and pro-Western stunts.

At the end of yesterday’s enormous protest, a few thousand young activists took matters into their own hands by smashing their way into the Legislative Council (Legco), Hong Kong’s parliament. However, upon successfully breaching the various barriers and occupying the chamber, activists were starkly faced with their absence of political leadership, for they suddenly realised that no one really knew what to do in the Legco, nor how long to occupy for.

After few weeks of protests, the movement has reached the limit of what can be achieved without leadership and programme. Brian Hioe writes in New Bloom, that “Debates subsequently ensued within the LegCo chambers about whether to stay or leave, with some arguing that staying in the LegCo chambers was necessary in order to resolve the impasse regarding the extradition bill, that occupying LegCo was a once in a lifetime event, and others calling attention to that occupiers could face up to ten years in jail on charges of “rioting” if they stayed, or that the repercussions of continuing to occupy could lead to significant bloodshed”. After occupying for as little as one hour, the protestors decided to leave the empty chamber and go home, ending the whole protest having gained nothing. The lack of any clear programme for Hong Kong left a vacuum in which some protestors were able to wave the Union Jack and the old Colonial era flag of Hong Kong! 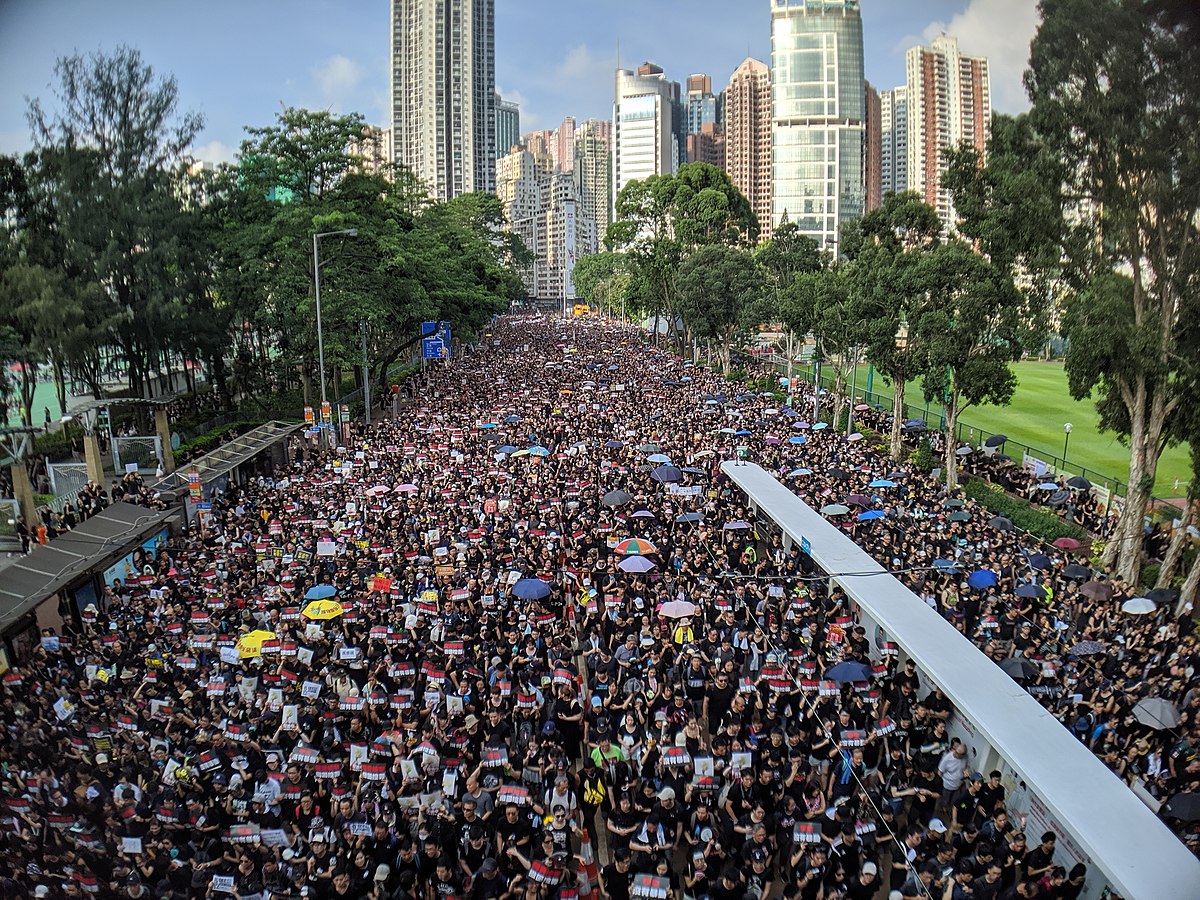 The leadership of any mass protest movement has an enormous responsibility on its shoulders. Image: Studio Incendo

The leadership of any mass protest movement has an enormous responsibility on its shoulders. The masses are not a tap that can be turned on and off at will. Moments in which millions are prepared to march and battle the police are rare and golden opportunities for transforming society, but to do so their leadership requires a clear idea of what they are doing. They must understand the social basis for their movement, and for the regime they are fighting. They must then formulate progressive demands to inspire the masses to take power into their own hands. If instead, the leadership fails to offer a coherent strategy and simply calls people out to one protest after another, the movement will come to a halt.

Clearly, this has already started to happen in Hong Kong, and has led a minority of activists into taking direct action with no political strategy behind them. Joshua Wong, a prominent student activist from Demosisto who was released from jail two weeks ago, expressed the blind desperation of the leadership as a justification for the storming of the Legco, when he tweeted that

“We tried EVERYTHING available to us. On June 9, one million Hong Kongers took to the streets peacefully. But before the night had even ended, Chief Executive Carrie Lam released a statement saying she would press ahead with the bill in three days....The protesters who broke into the Legislative Council complex were NOT rioters. They were NOT violent. Their objective was never to harm any individuals. They wanted to make the regime hear Hong Kongers’ voice, and they had no other option. WE ALREADY TRIED EVERYTHING ELSE”

Is it true that two or three mass protests constitutes ‘everything available’? Are there no other methods for fighting a government? Wong and Demosisto know that there other methods, for they themselves (tentatively) proposed a general strike against the extradition law. Certainly a militant and powerful general strike would represent the best way forward. It would cripple Hong Kong, which as a key economic hub would represent a huge challenge to Beijing. Since Hong Kong is a dense city, and one that has just seen ¼ of its population participate in protests, we could expect that, if properly built for, a general strike would be highly successful.

Such a class based method would involve and organise the mass of the population in workplace meetings and strike ballots, legitimising the movement in the eyes of most people - something which is not the case when a small minority takes it in their hands to smash their way into, and then deface, the Legco. Most importantly, a general strike would have the potential to inspire solidarity action amongst workers in nearby mainland megacities like Shenzhen and Guangzhou, which are the economic heart of China. This is because by its very nature a general strike also raises class questions - questions which resonate in mainland China and Hong Kong. Such a development would immediately transform the situation and the movement could go much further than cancelling the extradition bill.

It is true that you cannot play with the slogan of a general strike, which has to be campaigned for in a serious and consistent way to make a success of it. Nevertheless, this is the way forward for the movement, and it is quite false to say that the protestors were left with no option but to aimlessly and without programme break into the Legco, only to abandon it upon realisation they had nothing to actually do in the chamber but raise colonial flags!

The problem however, is not limited to the question of tactics. This is closely linked to the political outlook of the dominant trend amongst the activists leading the movement. Joshua Wong, and many other leading activists are politically bourgeois liberals, see “western democracy” as their model and, haves tried to position the movement towards the west. Three weeks ago, he wrote , in Time magazine, a plea for outside help: “As American security and business interests are also jeopardized by possible extradition arrangements with China, I believe the time is ripe for Washington to re-evaluate the U.S.–Hong Kong Policy Act of 1992, which governs relations between the two places. I also urge Congress to consider the Hong Kong Human Rights and Democracy Act. The rest of the international community should make similar efforts.” The right wing Republican Marco Rubio is one of the main sponsors of the Act he mentions and we all know what kind of “democracy” he supports, that which involves US military intervention in Venezuela, Cuba et al.

Earlier on, in 2017 he made the same appeal from the pages of the New York Times while criticising Trump’s “disappointing China policy” and talking about “American conservatives and liberals ... shared values of freedom and democracy”.

As well as this, a group of activists calling themselves Hong Kong Citizens, Vanguards of Freedom crowdfunded around $800,000 to take out adverts in the New York Times, Financial Times, and other western bourgeois publications, calling on their influential readers to push the question of Hong Kong and the extradition law onto the agenda of the upcoming G20 meeting in Osaka, an initiative which Joshua Wong today praised.

14. Hong Kongers’ determination was on full display again when, within 11 hours, we crowdfunded over HK$6.7 million for newspaper ads ahead of the G-20 summit calling for the world not to neglect us.

Last week some protests were held outside various embassies of western powers, with many protestors calling for these powers to intervene in Hong Kong against Beijing (though it should be noted that this protest was tiny in comparison to the main ones). Today, Joshua Wong also tweeted that “We were grateful for world leaders, including Prime Minister Abe Shinzo and President Donald Trump, for raising the issue of Hong Kong human rights in their respective meetings with Xi Jinping”.

These pro-western and pro-colonial statements emanate from the same source as the seemingly radical occupation of the Legco - the liberals’ fear of mobilising the working class on a class basis to achieve their demands, and their desire to maintain the status quo of capitalism. As Joshua Wong says, they have ‘tried everything’ (within the confines of liberal politics, that is), and so they are left with no option but for small minorities to carry out dramatic stunts devoid of political content, and to make appeals to western imperialist powers based on their financial interests in Hong Kong.

As to the raising of the Union Jack and colonial flag, Hong Kongers should have no illusions in what they represent. Under the 156 years of British rule, Hong Kong had even less democracy than it has now. On the various occasions when some degree of democratic reform was proposed, the British always decided that Chinese residents had no respect "for the main principles upon which social order rests." Trade unions were outlawed and censorship was imposed on the press. The origins of today’s restricted franchise, in which business interests have special voting rights and shadowy committees determine which candidates are acceptable, lie in the British colonial era. Britain ruthlessly exploited Chinese people in Hong Kong and used the province as a trading post for its own empire.

Appeals to foreign powers, idealisations of the colonial past, and the aimless occupation of the Legco, can only play into the hands of Beijing’s government, who can present the movement to the masses of China and Hong Kong as reactionary. The present liberal leaders of the movement are taking it in the wrong direction. 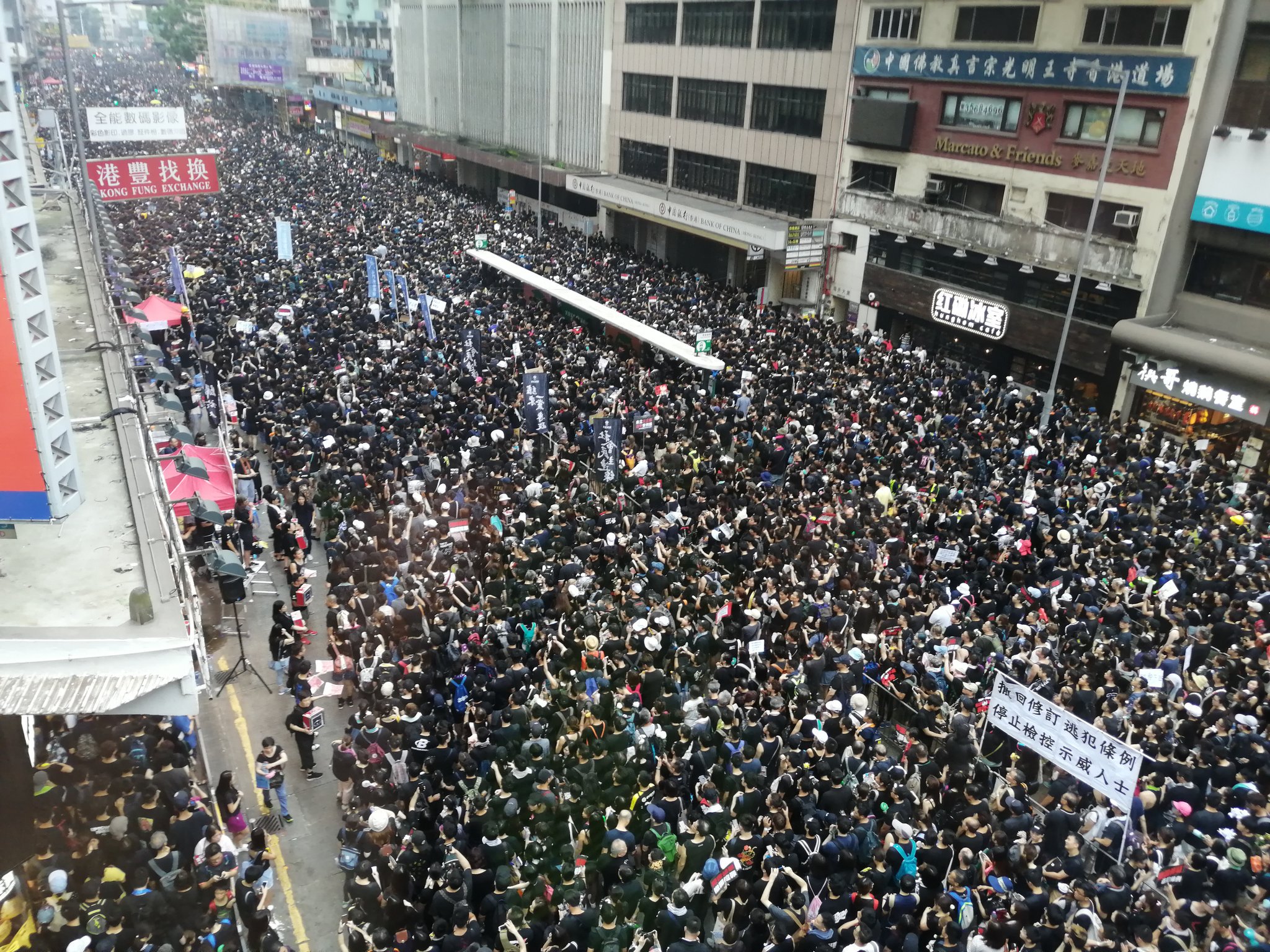 Today, the giant monopolies and financial institutions that dominate Hong Kong are opposed to universal suffrage and want to maintain the incorporation into China, because their profits depend on it. On the other hand, the majority of the millions of residents we saw marching did so not only for their democratic rights, but also because living in Hong Kong has become intolerable for them. Half of all flats in Hong Kong cost $2,500 a month to rent - 70% of the average income! Hong Kong is more unequal than almost anywhere on earth.

The lack of democracy is not just a question of Chinese domination, but of the right for the super rich of Hong Kong to guarantee that the workers’ can do nothing to change Hong Kong in their interests. These problems are the same as those faced by workers in mainland China, who as well as lacking democracy also face staggering inequality and exploitation. These are the allies of the people of Hong Kong. The only way to defeat not just Carrie Lam, but Xi Jinping, is to mobilise on a class basis, with all the power of a general strike, and to appeal for the workers of the mainland to join their brothers and sisters in Hong Kong in a common struggle against their political and economic exploiters.