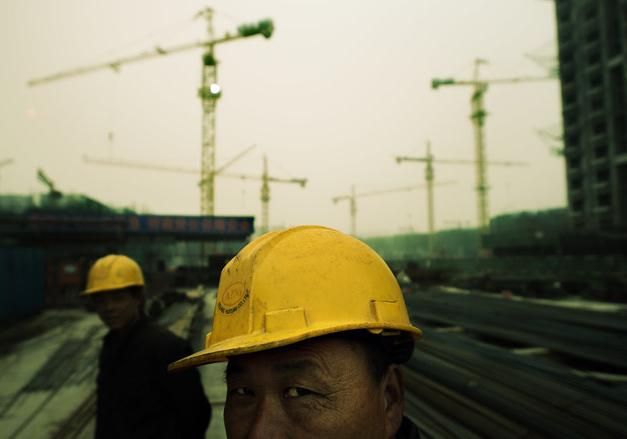 Venezuela is in the forefront of world revolution. The mass movement is advancing on all fronts, challenging the constraints of capitalism. Within the working class, the question of workers' control ("co-management" or "cogestion") has become a burning issue, as the Chavez government has drawn up a list of over 1,000 idle plants that could be taken over by the workers. This is no bureaucratic measure from on high, but is linked to the expropriation of factories under workers' control.

In October, workers' representatives and trade union activists met in Caracas at the National Gathering of Workers towards the Recovery of Companies. The main aim of this meeting, called by Venezuela's National Workers' Union (UNT), was to bring together workers involved in experiences of factory occupations and different forms of workers' control and management.

The issue of workers' control had been on the agenda in Britain in the 1970s. There was even a body set up - the so-called Institute of Workers' Control - to study and promote the question. This was no accident. The 1970s in Britain was a period of intense class battles and factory occupations. It was during this time of militant class struggle and labour movement advance that the idea of workers' control became popular. This was no abstract question. Following the nationalisation of British Leyland, a heated debate arose over what control the workers would have over the state-run industries. The Marxists put forward the demand that management boards of nationalised industries be composed of one third from the workers in the industry, one third from the trade movement as a whole, and one third from the government.

There was, however, much confusion in the movement over the separate questions of workers' control, workers' participation and workers' management.

The right-wing reformists had long been in favour of workers' participation. This idea reached its height in Germany, where trade unions after the war were drawn into close collaboration with the state and the employers. From instruments of class struggle, the trade unions and factory committees became increasingly organs for class collaboration. Workers' participation drew workers onto the management boards, completely isolated from the shop floor, and embroiled in decisions of how best to squeeze greater unpaid labour from the workers. At a lower level, workers' participation involved matters that had no real importance in the running of the plant. In a famous cartoon, entitled "workers' participation", a bemused worker is asked by a manager: what colour pen do you want to use - red or blue?

As Leon Trotsky explained in the early 1930s, "If the participation of the workers in the management of production is to be lasting, stable, 'normal', it must rest upon class collaboration, and not upon class struggle. Such a collaboration can be realised only through the upper strata of the trade unions and the capitalist associations. There have been not a few such experiments: in Germany ("economic democracy"), in Britain ("Mondism"), etc. Yet in all these instances, it was not a case of workers' control over capital, but of the subserviency of the labour bureaucracy to capital. Such subservieny, as experience shows, can last for a long time, depending on the patience of the proletariat." (Workers' Control of Production, 20 August 1931)

This process of class collaboration reached its height in Britain in the decade and half following the defeat of the 1984-85 miners' strike. It took the name of "New Realism". "Partnership for us is about co-operation", stated Bill Morris, the then general secretary of the Transport and General Workers Union. He was subsequently knighted by the Establishment for his "co-operation" in introducing new (harsher) terms and conditions in the car industry and elsewhere. In the steel industry, "worker directors" collaborated with mass sackings and the destruction of tens of thousands of steelworkers' jobs.

The concept of workers' control is fundamentally different from "participation". As Trotsky explained: "The workers need control not for platonic purposes, but in order to exert practical influence upon the production and commercial operations of the employers… In a developed form, workers' control thus implies a sort of economic dual power in the factory, the bank, commercial enterprise, and so forth."

Within every factory and workplace, the employers impose their own regime. Through their managers, they determine the working conditions, the shift patterns, break times and speed of operations. Through their time and motion experts, they attempt to squeeze every drop of profit from the unpaid labour of the working class. Over time, the workers organise themselves against these pressures. Depending on the balance of forces, the degree of organisation and resistance, the workers begin to influence the conditions of work. The organisation of shop stewards committees become an important expression of this. Through pressure from the shop floor, the workers can win certain concessions from the bosses on a range of issues. They can win control over hiring and firing ("first in, last out"), safety provision, the pace of work, etc. The degree of concessions won will be determined by the balance of forces within each industry.

During the 1970s in Britain, the trade union movement was advancing. They had built up a powerful position within industry and society. The shop stewards committees grew in size and importance. Under these circumstances, there were very high levels of workers' control in a whole number of sectors and industries. However, during the 1980s, with the defeat of the miners' strike and the capitulation of the TUC to the Thatcher government, the balance of forces began to change rapidly. The anti-trade union legislation served to bind the trade union leaders to the capitalist state. The employers waged a ruthless offensive that swept away much of the elements of workers' control. The bosses now had the upper hand and were determined to impose their "right to manage" across the board.

Workers' control has however a transitory character. Either it leads to nationalisation and workers' management of industry, or it inevitably falls back and the workers loose control of the limited powers they have won. In the United States, the struggle for control reached its limits in the sit-down strikes between 1935-38. The factories were in the hands of workers, but without their expropriation, the workers were forced to surrender this control at a certain point. In defining the contradictory character of workers' control, Trotsky explained: "Control lies in the hands of the workers. This means: ownership and right of disposition remain in the hands of the capitalists. Thus, the regime has a contradictory character, presenting a sort of economic interregnum." This cannot last indefinitely. Sooner or later, the employers will reimpose their will over the workers as they retain ownership of the enterprise.

Workers' control develops from below. It reflects the yearning of the workers to exercise control and impose limits over their exploitation. How far they succeed will depend upon the balance of forces. However, a high level of workers control also reflects the balance of forces within society itself. The shift towards revolution inevitable reflects itself within the workplaces. The struggle for workers' control represents elements of the new society within the framework of the old.

This is clearly what is happening within Venezuela. Following the failed coup in April 2002, the capitalists reverted to a bosses' lockout and sabotage of the economy, on the same lines as in Chile prior to the coup of General Pinochet. The bosses, backed by US imperialism, got the support of the corrupt trade union leaders of the CTV. The disruption was concentrated in the giant oil industry, to maximise the damage to the economy as a whole. However, the workers rallied to Chavez and smashed the lockout by their own efforts. They seized the companies and began to run them by themselves. This represented an extremely advanced form of workers' control. "Thus the regime of workers' control", writes Trotsky, "can correspond only to the period of the convulsing of the bourgeois state, the proletarian offensive, and the falling back of the bourgeoisie, that is, to the period of the proletarian revolution in the fullest sense of the word."

Before the October Revolution in Russia, there was an extensive movement towards workers' control. This emerged from the sabotage of the economy by the Russian capitalists. This workers' control continued even after the revolution, when the economy still remained in private hands. The Bolshevik government, given the backwardness and size of the Russian proletariat, wanted the workers to learn through the school of workers' control how to take on the responsibilities of management. It was not until the summer of 1918 that the major industries were nationalised, when it was forced upon the government by the civil war and sabotage.

With the key sectors of the economy nationalised, this raised the question of workers' management of industry. Factory committees were set up which ran the plants. Managers were to be elected and under control of the workers. Specialists were also drawn in to assist but always under the check and control of the shop floor. This was the beginnings of genuine workers' democracy. In other words, workers' control became a bridge to democratic workers' management of the economy.

Obviously, ownership of the factories is posed point blank. Who is going to run society - the workers or the bosses? Workers' control has its limits. Only when the ownership of industry is taken out of the hands of the capitalists can the workers have genuine control. However, a nationalised planned economy requires not only workers' control in the factories and workplaces, but requires a system of workers' management. You cannot have the old syndicalist idea of the miners running the mines, the rail workers running the railways, etc, without any overall planning of the economy. The integration of different branches of industry into the national planning of the economy is essential. This requires workers' management at a plant, district, regional; and national level.

This means the expropriation of the capitalists and the organisation of a democratic workers' state, where the running of society is in the hands of the working class through democratically elected committees. It means the involvement of the population in the drawing up of a national plan of production, deciding the priorities and measures to be undertaken.

The dangers of bureaucracy must be eliminated from the start. All representatives must be subject to election, with the right of immediate recall. No representative must be on a wage higher than a skilled worker. All functions should be rotated to prevent any permanent bureaucracy. As Lenin put it, "when everyone is a bureaucrat, nobody is a bureaucrat".

The struggle for workers' control in Venezuela today is posing new questions. Chavez has explained that there is no way forward on a capitalist basis. Only on a socialist road can the problems of the masses be solved in Venezuela as elsewhere. This means expropriating the power of the oligarchy and placing power into the hands of the working class and oppressed layers. It means sweeping away the old capitalist state apparatus and establishing a democratic workers' state. Such a revolution cannot remain within the confines of Venezuela, but must be taken throughout the whole of Latin America. Only then can the continent be truly united. However, this will not be the end of the matter. A continental socialist revolution would transform the world and lay the foundations for a socialist world, where hunger, poverty and war would be abolished once and for all.

The struggle for workers' control and workers' management is the necessary prerequisite for this perspective.