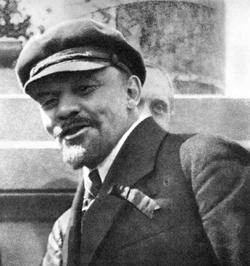 This letter was written in mid-March as Lenin was preparing to travel to Russia. In it he appealed to Russian war prisoners in Germany and Austria to return to Russia in order to support the revolution agasint the ruling classes.

Lenin’s two-and-a-half-hour lecture consisted of two parts. In the first, Lenin surveyed the historical conditions which could, and did, produce such a “miracle” as the collapse of the tsarist monarchy in a matter of eight days. The most important of these was the “great rebellion” of 1905–07, so vilely denounced by the Guchkovs and Milyukovs, the present masters of the situation, who are moved to admiration by the “glorious revolution” of 1917. But had the really profound Revolution of 1905 not “ploughed up the ground”, had it not exposed to view all the parties and classes in action, had it not exposed the tsarist clique in all its barbarism and savagery, the swift victory of 1917 would not have been possible.

This article was a report to the Executive Committee of the Petrograd Soviet made by Lenin the day after his arrival in Petrograd on April 17 (4), 1917, on behalf of the emigrants who returned from Switzerland together with him.

Capitalist newspapers like Rech and Novoye Vremya have published articles attacking our passage through Germany and insinuating that the new arrivals were aiding the German imperialists. Izvestia of the Soviet of Workers’ and Soldiers’ Deputies reprints in full the report published in yesterday’s Pravda which was presented to the Executive Committee of the Soviet of Workers’ and Soldiers’ Deputies on the very first day after our arrival. In addition to the report, Izvestia publishes the resolution of the Executive Committee, which it gives in the following words:

A brief note by Lenin on Blancism, written in early 1917.