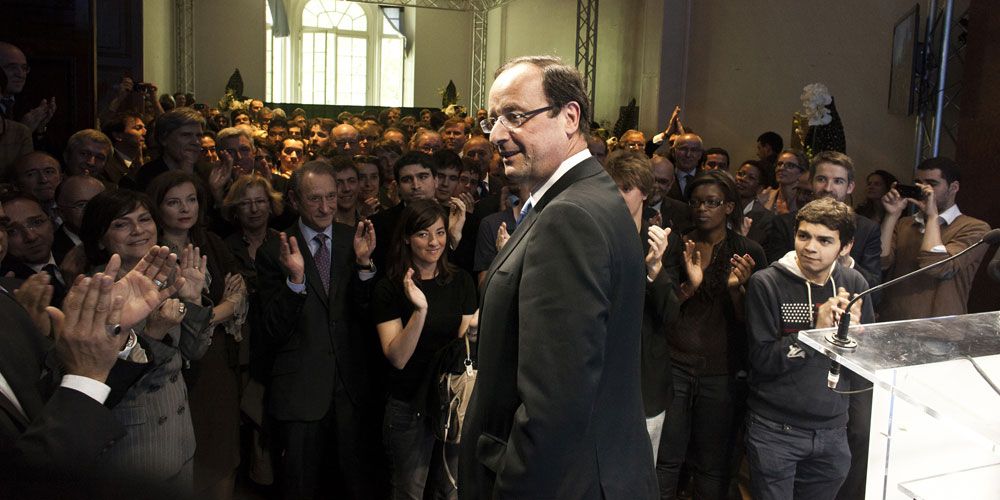 The defeat of Nicolas Sarkozy in the presidential elections opens a new phase of the class struggle in France. The socialist candidate, François Hollande, won 51.62 % of the vote. However, this overall score tends to conceal the social basis of the election result. Practically all the major towns and cities voted massively for Hollande – or, to be closer to the truth, to get rid of Sarkozy.

This is true even of towns within traditionally conservative départments. Such is the case, for example, with Strasbourg (55 %), Reims (53 %), Chartres (52 %) and Cherbourg (60 %). In all these cities, the vote for Hollande is higher than the national figure.

A clear majority of wage-workers voted for the left, and this is true of the entire voting population between 18 and 55 years old. The social reserves of reaction are among the rich, among all those who earn their living by exploiting others in one way or another (small businessmen, etc.), among old people, in rural areas and more generally in all the “stagnant waters” of society – and the stagnant minds that thrive within them. The urban centres, the youth, the workers – in short, the living forces of the country – rejected Sarkozy and his reactionary policies.

Legislative elections will now be held, the result of which is a foregone conclusion. On the basis of voting patterns in the presidential election, the right parties will be reduced to a minority. However, the election of a Socialist president and of a left majority in the National Assembly will solve nothing in and of itself. Sarkozy was only the figurehead of a class and of a system. As long as the power of that class and the capitalist system remain intact, it will prove impossible to prevent declining living standards and put an end to mass unemployment, whatever government is in power.

The mass celebrations involving hundreds of thousands of people on Place de la Bastille and throughout the country are understandable. We are all delighted to have gotten rid of such a vicious reactionary as Sarkozy. But what will be the policy of the new government? On the night of his election, and with accordionists playing La Vie en Rose in the background, Hollande assured us that he will be a president of “equality and justice”. During the campaign, he even spoke of “abolishing privilege”. But at the same time he told the foreign press that the capitalists, or, as he put it, the “markets”, would have nothing to fear from his government. These statements are contradictory to say the least, and it is impossible to serve two masters.

The victory of Hollande has been compared – by journalists and by Hollande himself – to that of François Mitterrand in 1981. But if the experience of that government teaches us anything, it is that any left government that confines itself to operating within the capitalist system will be forced sooner or later to adopt policies in the interests of that system. Hollande has a much more “moderate” programme than Mitterrand. But even Mitterrand, who carried out a whole series of measures in the interests of workers, was forced to abandon his programme within just 18 months of coming to power. This paved the way for the defeat of the left in the 1986 legislative elections.

The hopes placed in Hollande will be rapidly dissipated. However much he tries to appease the capitalists, they will maintain their hostility towards the government, which, at the same time, will undermine its own basis of support within society. This will lead to a strengthening of the reactionary parties on the electoral plane, including the racist Front National. But it will also open the way for a new wave of strikes and demonstrations by the working class. The Front de Gauche, which is an alliance between the Communist Party and the Left Party (Parti de Gauche), which won 11.1% of the vote in the first round of the elections, is in a position to become a political rallying point for the mass opposition to austerity policies and capitalism in the next period.