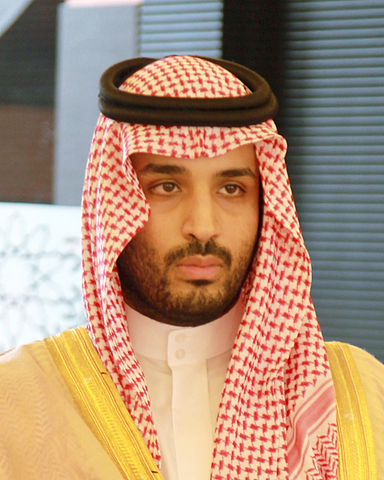 Last week Deputy Crown Prince Mohammad Bin Salman Al Saud announced Saudi Vision 2030, an ambitious plan that would see Saudi Aramco, the state oil conglomerate, partially sold off in a move that is supposed to wean the kingdom off of oil revenues by the year 2030.

This dream of a hasty pivot away from oil is a response to the long-term depression of prices in the oil market, as part of the larger world recession that has put this oil-producing economy on shaky ground. The runaway deficit is also forcing the regime to cut subsidies and implement austerity measures that will only provoke more instability as Saudi workers are asked to foot the bill. All of this while the regime is still embroiled in the costly wars in Syria and Yemen.

Saudi Arabia is the world’s largest exporter of petroleum, and the state is heavily reliant on oil revenues. The state charges no income tax, and oil revenues normally account for upwards of 80% of the state budget, 45% of GDP, and 90% of export earnings. This cash cow allowed the backwards Saudi ruling class to reach dizzying heights of luxury and debauchery over the last century, living the life and renting out entire hotels in France for family vacations. All of this without ever making any real productive investment in the country. Manufacturing stands at a measly 10% of GDP, and even this insignificant number is the result of a previous government plan to “diversify” the economy. Most of that “diversification” is anything but: much of that manufacturing is in the petrochemicals industry.

Now the Sauds are in serious trouble. Oil prices have fallen from a high of $114 US a barrel in June 2014, down to $46.23 a barrel today. Even that is the highest it’s been in six months, provoked by a raging inferno that has closed much of Alberta’s tar sands in Canada. Hence the country’s deficit rose to $98 billion in 2015, up from $15 billion in 2014, and the government was forced to seek an $8 billion loan to help reduce the gap. For the first time, fuel and energy subsidies have been seriously scaled back and major cuts have been introduced, on the prince’s initiative. The beginning of the year saw the declaration of a 50% increase in fuel costs, $0.91 per litre, up from $0.60 per litre. The government has also declared its intention to introduce a value added tax of 5%.

With his father King Salman in ailing health, 30 year-old Prince Mohammad Bin Salman is de facto ruler, and he has pursued an aggressive economic and geopolitical policy to try to shore up the country he presumes he will one day officially lead, as well as his own position within it.

It is in this context that Vision 2030 has been thrown into the mix. It is not at all the original thoughts of Prince Mohammad, but entirely plagiarized. Its source is a paper produced in December 2015 by the consulting firm Mckinsey, which he hired. This original paper, Saudi Arabia Without Oil: The Investment and Productivity Transformation, calls for the usual recipe for countries in economic crisis. In other words, a programme of austerity and privatization.

The privatization is the golden parachute Bin Salman hopes will save the kingdom’s finances. The idea is to launch an Initial Public Offering of around 5% of the oil company Saudi ARAMCO, which they ambitiously estimate is valued at $2 Trillion. This partial sale of public shares in the company would raise billions of dollars, but is a drop in the bucket that only buys time considering the scale of the deficit. Moody’s already announced a review to consider downgrading Saudi debt in March of 2015. Other aspects of the plan are completely unrealistic. It calls for the private sector to increase from 45% to 65% of the economy, and for the kingdom to be able to “live without oil” by 2030. Where will all this new revenue be coming from? A massive sovereign wealth fund is to be set up from the IPO, and foreign Arabs and Muslims will have a “green-card” type system to be able to stay in Saudi Arabia on a longer term for the first time, and have some rights to own property and therefore invest. At the same time, it calls for a development of a national defence industry, raising the proportion of arms produced in the country from 2% to 50% by 2030. This is all wishful thinking, but the radical changes are required to make the attempt will be sufficient to raise the masses in protest against it. Already the cuts in fuel subsidies introduced in the new year have led to the removal of one minister after widespread dissatisfaction.

Further seeking to reduce the kingdom’s reliance on the oil market, Bin Salman sabotaged the Saudi representative at the Opec summit this weekend. Iran has come back onto the oil market after sanctions were lifted, and any deal to reduce oil production would have required an exemption allowing Iran to retake its seat at the cartel’s table with the same share of production as before sanctions. Ali al-Naimi, oil minister for the past two decades, went into the meeting very much prepared for a deal with Iran as well as for an overall cut that would attempt to raise prices again.

Instead, al-Naimi’s legitimacy was called into question by the Russian delegate as the prince very publicly rejected the very deal his representative was in the middle of negotiating. The deal fell apart and there will be no cut in production. The Oil Minister was replaced on Saturday by the Prince’s stooge Khalid al-Falih, chief of ARAMCO, and the post renamed Ministry of Energy, Industry and Mineral Resources. This firing through the media was an intentional insult, to strike a blow against Iran and against his own enemies in the old guard in Saudi Arabia and show who’s in charge. The signal sent: we can suffer low prices to weaken Iran. The other message being that the Prince is now firmly in control. The same Prince the German BND intelligence agency called dangerous for pursuing “an impulsive policy of intervention” across the region.

Prince Mohammad’s adventures abroad are costly, and introducing austerity while continuing to pour money and arms into these wars is a recipe for class struggle. Trouble lies ahead for this millennial jack-of-all trades who has also plunged the country into wars in Syria and Yemen in his attempts to push back against Iran’s rising influence in the region. Ironically, by concentrating all the major roles in his own person, Defence Minister, Chair of the Council for Economic and Development Affairs, and Deputy Crown Prince Bin Salman makes the links between the waste and slaughter of war abroad and the austerity at home an evident one. There is nothing subtle about it. For decades, the royals survived by financing others to do their dirty work, never gambling the kingdom in direct war. Salman bucked this trend and launched “Operation Decisive Storm” in Yemen, as well as the massive financing and arming of Jihadists in Syria. That style will do him no favours as he takes control of the country. Vainly republishing the austerity paper as his own initiative, for example, will also mean the inevitable hate that it incurs will be forwarded to the correct address. No faceless “experts” to hide behind. The same will go for directly taking control of one government department after another. But what comes down on the prince’s head will be brought down on the head of the whole wretched family he will come to represent.

When the people of this desert kingdom finally present their bill, “Saudi” Arabia will be no more, and the dissolution of the Saud family’s rule will be a quake felt all around the Arabian peninsula and the world. The turbulent times the kingdom is experiencing now are just a faint echo of what is to come.