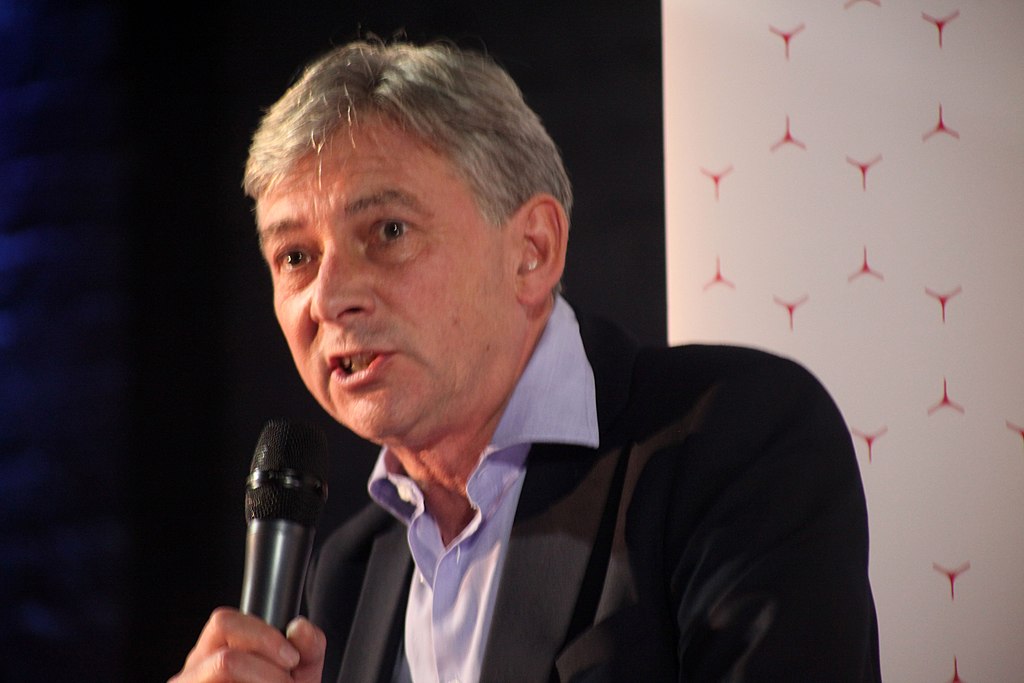 Under pressure from Keir Starmer and wealthy donors, Scottish Labour leader Richard Leonard has stepped down. The right wing wants to expunge all remnants of Corbynism from the party. But this will only hasten the right's decline.

With details of this latest coup circulating the press, it is clear that Keir Starmer was involved in removing the left-wing MSP.

In September, prominent members of the party – including sole Scottish Labour MP Ian Murray – resigned from their posts in the Holyrood shadow cabinet, as they attempted to table a vote of no confidence against Leonard.

These right-wingers viewed Leonard as a lame duck; a remnant of the Corbyn movement, which the Blairite faction of the party are fighting to expunge.

There had been rumblings of discontent from the Labour right wing since the summer. These reflected the concerns of the ruling class, who saw the Scottish Labour leader as insufficiently Unionist, and therefore a weak link in the front against Scottish independence.

Emboldened by the victory of Keir Starmer as leader of the UK Labour Party, they were determined to get rid of Leonard before the next Scottish Parliament elections.

Leonard only narrowly avoided the no-confidence vote, thanks to the intervention of his old union, GMB, for which he worked for over 20 years. Last week, however, they refused to step in and defend him. Instead, union officials presented themselves as ‘mediators’, apparently advising Leonard that he would better off resigning.

Also deciding the future of the Scottish Labour Party were millionaire businessman Willie Haughey – who once planned to build a mansion in Cambuslang resembling the US White House – and a lawyer who donated over £100k to Starmer’s leadership campaign, Robert Latham.

Senior Labour figures including Angela Rayner and David Evans held a call last night with potential donors who warned they would not back the party while he remained in posthttps://t.co/dcydGhQaUL

The meeting is said to have been as straightforwardly quid pro quo as you might imagine. The millionaires demanded Richard Leonard be retired, or else their donations would be withheld. And so Sir Keir was convinced of the need to get rid of Richard.

Starmer’s frank dismissal of the elected Scottish Labour leader was, of course, a gift to Scottish nationalists. On its frontpage, The National mocked the devolved post, which has been widely caricatured as leadership of a ‘branch office’ of the UK Labour Party.

Despite obviously being pushed out by the Blairite Reconquista of the Labour Party, Leonard made no protest about quitting. Explaining his decision to the BBC, he spoke of his desire for “unity”. By stepping down, he hoped to end “speculation” over his leadership.

Sullenly – and euphemistically – he referred to the “broad church” of differing views in the party. Defending “views on the left”, he could not even bear to mention the right wing before making appeals to party unity. 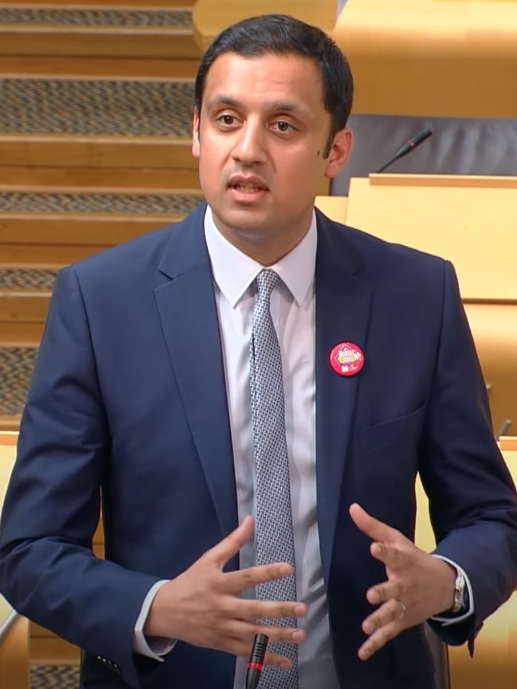 The expected frontrunner to replace Leonard is Anas Sarwar, who was defeated by Leonard in the 2017 Scottish Labour leadership contest. Sarwar then, as now, represented the right of the party / Image: Scottish Parliament

The expected frontrunner to replace Leonard is Anas Sarwar, who was defeated by Leonard in the 2017 Scottish Labour leadership contest. Sarwar then, as now, represented the right of the party.

As deputy leader of Scottish Labour in 2014, Sarwar oversaw the party’s disastrous Unionist ‘Better Together’ alliance with the Tories and Lib Dems. He is also the former vice chair of Progress, the Blairite Labour faction.

On Sunday, hours before the deadline, Monica Lennon MSP announced that she would also stand. The health spokesperson is one of Leonard’s allies on the left of the party, who has been critical of Scottish Labour’s moribund state.

Lennon has said that the ‘branch office’ perception of the Scottish Labour Party is a problem that can’t be ignored. She has argued that the Scottish party should separate from UK Labour, but remain fraternally linked.

She has also broached the party’s hard line against independence, breaking the whip to abstain on an SNP referendum bill in 2019, and joining with others in calling for the Scottish Parliament to have the final say on such a referendum.

At the time, others on the left of the party demanded open recognition that hard-line Unionism was “the road to oblivion” for the Scottish Labour Party.

The question now is how this coup by the right will affect the party’s standing in the May Holyrood elections. Will Labour win back a portion of right-wing Unionist support; drive away left-wing voters that maintained a shred of hope for Labour; or just appear as a calamitous sideshow to the SNP’s unassailable dominance?

The Daily Record describes the Labour electorate as reduced to “diehards, friends and family”, remarking that Leonard’s “best day” was his last. It is hard to imagine the Labour vote falling any further in Scotland. But this is not the fault of the outgoing leader.

Leonard took over a diminished, marginalised party – one already reduced to a rump thanks to the actions of the right wing.

Elected after the ‘Corbyn surge’ in the 2017 snap general election, which gave a small but noticeable boost to the Scottish Labour Party, left-winger Leonard represented a break with the party’s recent past – except in the most important way: on the national question.

While basing himself on a left-wing reformist programme – similar to, though sometimes to the left of the SNP – his leadership was still tied to the toxic legacy of the ‘Better Together’ campaign by dogmatic repetitions of the party’s opposition to a “divisive” IndyRef2.

In this way, Scottish Labour formed part of the ruling class’ bulwark against demands for self-determination. This made it impossible for Leonard to turn the party’s fortunes around.

Ultimately, the responsibility for Scottish Labour’s terminal decline rests with the historic betrayals of the right wing, who have done their best to squander and alienate working-class support, paving the way for the rise of the SNP.

The current crop of right-wingers looking to wrest back control of the party are no different. This will only take Scottish Labour even deeper into the abyss.