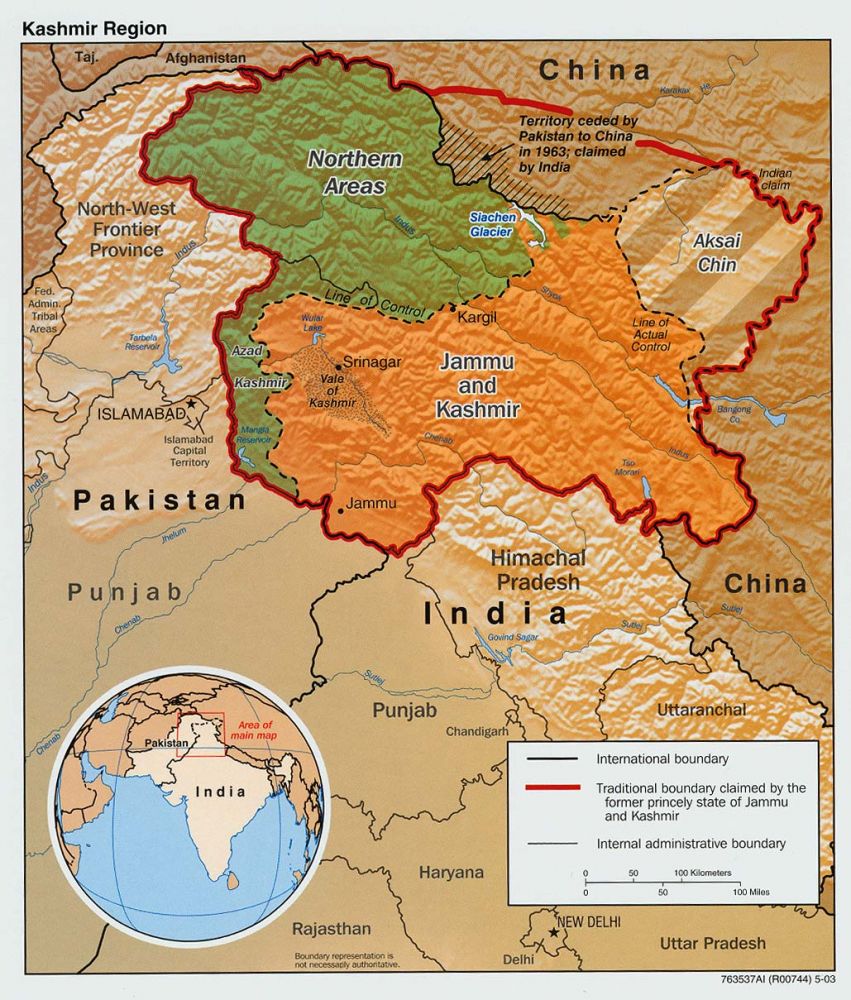 Some of the most deceitful forms of elections and ‘democracy’ are to be found these days in countries that are suffering direct or indirect military aggression and occupation by world and regional imperialist powers. The elections and governments in Iraq, Afghanistan and other countries under imperialist occupation are, in the last analysis, a tragic farce. Indian-controlled Kashmir is no different because it is directly under the boot of the imperialist Indian military – an occupation enforced by the so-called ‘largest democracy’ in the world using one of the largest military deployments on earth and draconian laws like The Prevention of Terrorism Act, 2002 (POTA) to infringe the basic rights of the Kashmiri oppressed masses.

The current sorry state of Kashmiri nationalists and separatists is entirely due to their erroneous policies, strategies, and more importantly reliance on the US imperialism and its concubine the United Nations.  These leaders capitulated to capitalism and laid bare the fact that independence for Kashmir on a bourgeois basis is sheer utopia. The ebbing of the Kashmiri Intifada or uprising in the early 90s and the machinations of the Pakistani state ended up pushing the nationalist movement aside. And the onslaught of Islamic fundamentalists further damaged the quest for Kashmir’s independence. The right-wing semi-religious tendencies that called for Kashmir to become a part of Pakistan also drove a wedge between those participating in the struggle for national liberation. This proved a very convenient excuse for the Indian state to intensify state terrorism against the Kashmiri freedom fighters using the cover of a ‘war against terror’.  During this oppressive occupation the notoriously hypocritical and deceptive Indian bourgeoisie has been playing democratic games in connivance with the Kashmiri political elite to perpetuate its despotic rule.

However, with the decline of the nationalist struggle, a new generation of Kashmiri youth on both sides of the Line Of Control are following the path of struggle for their social and economic demands. The Marxist tendency in these movements is working tirelessly to link the struggle for national emancipation with the class struggle, in line with Lenin’s classical position on the national question. With other avenues of struggle limited, the masses have tried to express their aspirations through the elections in Kashmir, trying to beat the Indian oppressor-bourgeois at its own game. With the advent of the reactionary Modi regime in Delhi, the Indian elite tried to aggressively force its writ on the people of Kashmir. However, when it came to practice, they had to act with far more caution than these bigots had ever imagined they would be required. The masses in Kashmir rejected Modi’s rhetoric of ‘development’ and there was widespread resistance to his aggressive policies.

Following the pattern of previous rulers, the Modi regime tried to get the Kashmiri elite to go along with its sinister designs. But such was the pressure from below that the wealthy and corrupt political leaders of this part of Kashmir did not dare to openly side with the reactionary BJP. The oppressed masses would consider those who did as traitors. This created polarisation on two levels in Kashmir. One was to split the Kashmiris on the basis of religion more than ever before, and the second was that the resolve of the Kashmiri masses against any subservience to Delhi was sharpened and radicalised. This ploy of ‘development’ and ‘bringing more investment to the state’ by the demagogic Hindu right wing failed. The toiling masses in Kashmir saw the development façade for what it really was - the pro-corporate Modi regime threatening to dilute the Land Acquisition Act. The real aim was to expropriate Kashmiri land for corporate vultures and to deprive ordinary Kashmiris of the very rights for which their ancestors had fought the Maharajah in the 1920s.

However, in Jammu Modi exploited the old complaints of ‘discrimination’ and in this he succeeded. All of the 25 seats the BJP won are in Jammu, where 37 seats were contested. In Kashmir, the BJP lost its deposit in 35 of the 36 seats it contested. The People’s Democratic Party (PDP) won 28 seats, of which three came from the Muslim-majority areas of Jammu. The Sangh Parivar has fostered this religious polarisation since 1947. The Rashtriya Swayamsevak Sangh demanded a division of the area on religious lines, not realising this would give it only two and a half of Jammu’s former six districts. BJP got in all some 3 percent of the Valley’s total vote. This is the net result of its efforts to divide the region.

Most people voted for better living conditions and an end to the suffering. While doing so they made no secret of their alienation from New Delhi. Whatever rotten compromise takes place or coalition regime is formed; it is bound to be unstable and in crisis right from the start thanks to the seething resistance it will inspire in the resilient Kashmiri masses. This festering wound on the body politic of the subcontinent cannot heal within the confines of the system. Yet there is a silver lining in the dark clouds that have blanketed Kashmir for three quarters of a century.

Mohammad Yousaf TarigamiMohammad Yousaf Tarigami, state secretary of the Communist Party of India (Marxist), won the election in Kulgam constituency for the fourth consecutive term. Kulgam is located on the northern foothills of Peer Panchal and has been a strong bastion of the fundamentalist politico-religious organization, Jamaat-e-Islami. Tarigami contested the seat for the first time in 1996 when Kashmir was in the grip of fundamentalism, polarization and religious militancy. He retained the seat in 2002 and 2008, and fought the elections again in 2014 on the ticket of the CPI (M). In Kashmir valley the People’s Democratic Party emerged as the largest single party winning 28 seats by rhetorically promising to fight BJP’s Hindutva, as well as playing the communal card in the predominantly Muslim area. In Kulgam, it campaigned against the Communist candidate in the name of Islam and its workers tried to present the election as a battle between Islam and Kufr. The big contractors, drug smugglers and Jamaat-e-Islami activists supported the anti-communist candidate in a big way with money and manpower.

The slogan that religion should not be used for achieving political power and exploiting the masses figured prominently in Tarigami’s election campaign. The main focus of the CPI (M) campaign in this constituency was on protecting the rights of the working class and all the oppressed, including low-paid employees and temporary workers. Universal health, education, benefits for the old, sick and the destitute, and demands for the peasants were highlighted in the election manifesto. The revolutionary struggle in Kashmir was emphasized as a part of universal fight against the anti-people capitalist system. While campaigning, it was also clarified that the parliamentary path is not the only way to fight and defeat the exploitative system; it is rather only an opportunity to boost the struggle to overthrow imperialism, capitalism and ruthless exploitation.

The revolutionary poems of Faiz and the songs of famous Kashmiri revolutionary poet Abdul Ahad Azad were sung in Tarigami’s campaign meetings. The symbol of the party - sickle, hammer and star was distributed to all voters and pasted on walls in every town and village. The communist campaign did not shy away from publicizing the aims and objectives of communist ideology and its revolutionary struggle for the transformation of society. In a telephone message to the Pakistani Marxists, Tarigami said, “It’s not just my victory; it’s the victory of the revolutionaries of the subcontinent and the whole world”.