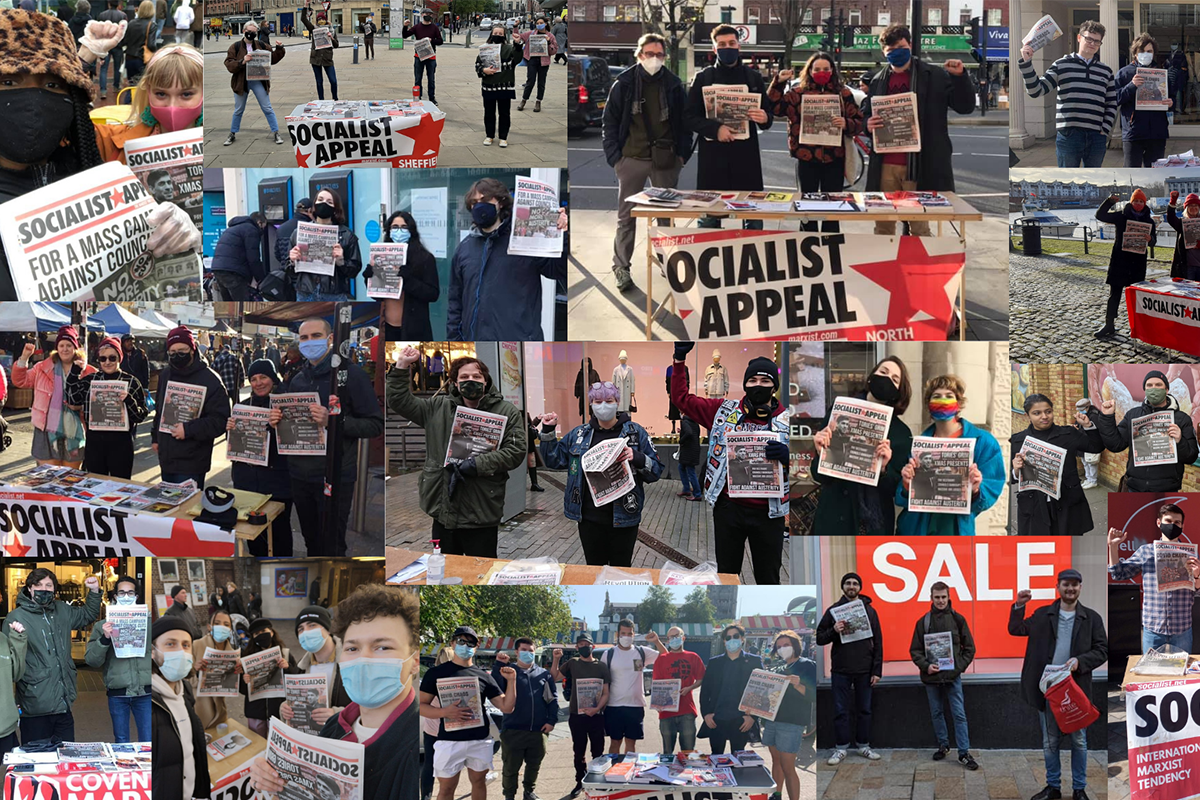 Last weekend, hundreds of activists met for the most successful Socialist Appeal conference ever. From the high political level of the discussions, to the huge amount of money raised, to the enthusiasm on display: this was a truly inspiring event.

On March 12-14, Socialist Appeal supporters from all around the country came together online to discuss perspectives and revolutionary strategy. With over 450 registrants – and many attending for their first time – the weekend was a political tour de force in revolutionary theory and practice.

The discussions held over the weekend helped to arm comrades with a sharp understanding of the economic, political, and social processes taking place – in Britain and internationally.

This is not undertaken simply out of academic interest. It is these discussions and this understanding that informs our approach and guides our practice.

With this inspiring conference behind us, the hard work now begins. We must continue to fight and build on the basis of genuine Marxist ideas – the only ideas that offer a way forward for workers and youth.

Alan Woods, editor of In Defence of Marxism, introduced the opening session of the conference on Friday night, on the topic of world perspectives.

Alan stressed the importance of viewing the turmoil in Britain as part of a greater whole. Capitalism is an international, global system. And, like the virus, the crisis of capitalism too is contagious.

This is a crisis like no other; and it is not just Marxists saying this. The Bank of England has described the economic recession as the worst in 300 years – that is to say, in the history of capitalism.

Quoting the Financial Times, a more sober mouthpiece of the ruling class, Alan drew attention to an editorial earlier this year.

“Groups left by economic change are convinced those in charge don’t care about them or have exploited their predicament,” the FT warned. Once the right-wing populists cannot deliver on its promises for those left behind, “it is just a matter of time before the pitchforks come out against capitalism and those who benefit from it”.

The crisis has struck fear into the hearts of the ruling class. The deep fault lines in society are being exposed everywhere we look. We have seen the American ‘dream’ turn into the American nightmare. The capitalist system cannot offer a future to millions of workers, even in the most powerful imperialist power in the world.

This session drew out the general perspective for capitalism in the coming period: one of crisis, decline, and instability. The political ‘centre ground’ has completely collapsed. There has been a sharp political polarisation, to the left and the right. More and more workers are searching for solutions. And the ruling class’ (mis)handling of the pandemic internationally will leave an indelible imprint on consciousness.

Following Alan’s introduction, a number of comrades came in to discuss the turbulent events breaking out in one country after another: from India, to Myanmar, to Uganda, to the USA.

In the process, the brutality of the police and military is being exposed. But their repression is subject to the law of diminishing returns. And the corruption and cronyism of the upper echelons is radicalising a generation that have experienced nothing but crisis.

Amidst all this chaos, however, there are more similarities than differences to be found in the world situation. The bankruptcy of both liberalism and of right-wing populism has been exposed. At the same time, however, many workers are seeing the limits of reformism, and are now looking beyond these wooly ideas.

Socialist ideas – with a class-based perspective that cuts through the fog of demagoguery – are more popular than ever. We must seize this opportunity with both hands, and continue to build the forces of Marxism internationally.

‘The last ward of the European madhouse’

The pandemic has exacerbated all existing tensions and contradictions within British society, shining a spotlight on the depth and breadth of inequality and injustice. At a time when the ruling class need reliable representatives, the degenerate Tories have U-turned and zigzagged enough times to make one dizzy.

Rob Sewell, author of Chartist Revolution and editor of Socialist Appeal, introduced Saturday’s session on the perspectives for Britain. Rob explained how the problems of British capitalism have been built up over decades. 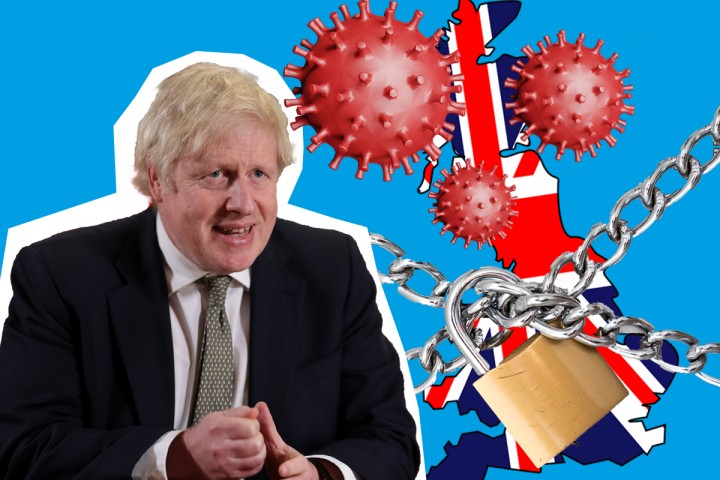 Leon Trotsky once commented that Britain was nothing but the last ward in the European madhouse. This prognosis stands as true today as it ever did / Image: Socialist Appeal

The anaemic ‘recovery’ from the 2008-09 crash was wiped out in a heartbeat. This speaks to the sickness of the system itself: stumbling along on cheap credit; productivity and investment stagnant; long-term investment thrown to the wind in the search for quick profits; and the economic self-harm resulting from Brexit.

The short-sightedness of the ruling class is really quite incredible. It is often said that the ruling class get the representatives they deserve. And the reactionary cabal currently at the wheel in Westminster is a good example of this.

Following Rob’s introduction, which painted a broad picture of the process at play, comrades came into the discussion to fill in the details.

One contribution from the floor emphasised how the Tory Party used to be the envy of the world. It was a party composed of the most serious representatives of the ruling class, who planned in terms of continents and centuries.

But now the Tories have been ‘hijacked’ by the ‘swivel eyed loons’ – the most degenerate gamblers, who are as drunk on the illusions of little-Englander grandeur as the right-wing rags.

Instead of ‘levelling up’ and emerging as an important actor on the world stage, Britain has been reduced to a third-rate power. A century ago, Leon Trotsky once commented that Britain was nothing but the last ward in the European madhouse – the ward reserved for the most violent cases. This prognosis stands as true today as it ever did.

Scandalously, instead of attacking the Tories, ‘Sir’ Keir Starmer has resorted to flag-waving, trying his best to position himself as a ‘sensible pair of hands’ for the ruling class, and limiting himself to constructive opposition (read: no opposition at all). As a result, there is growing frustration amongst party members towards Labour’s rightward turn. 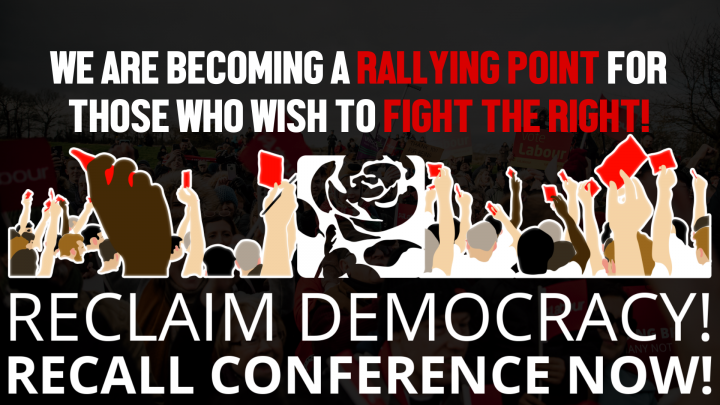 Socialist Appeal supporters have actively participated in the civil war inside the Labour Party, calling for the left to take the fight to the right. The launching of the Recall Conference campaign offered a rallying point for the left, providing a focal point for this fight.

Rob and other comrades also spoke of the tremendous struggles that are taking place on the industrial front – far too many to list here.

What we can say, however, is that the class struggle is alive and kicking in Britain. And, in the years ahead, the old mole of revolution will continue burrowing away. We must prepare for the titanic events that are coming, and be the most bold and resolute fighters for a socialist future.

The ruling class have good reason to be concerned. Like the Marxists, the most farsighted representatives of capitalism can also see what is happening under the surface. And they are frightened of the turmoil that the next decade shall bring.

By contrast, the Marxists are filled with revolutionary optimism. Events have demonstrated that the ideas of Marx, Engels, Lenin and Trotsky – and the distilled lessons we can learn from the writings of these political and theoretical giants – could not be more relevant. 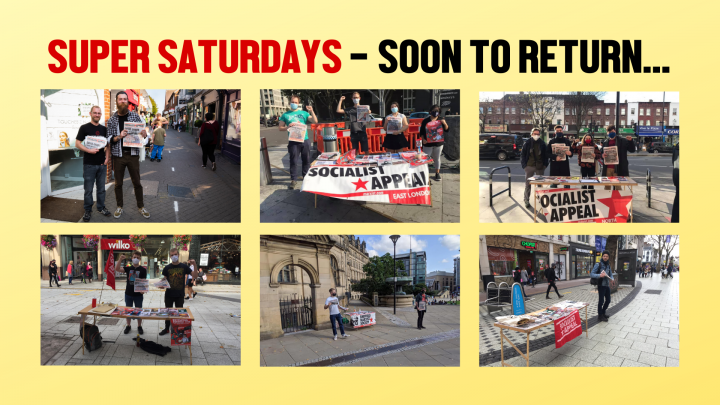 The working class is on the move. And we are seeing again and again how consciousness is catching up with a bang. From Myanmar to Nigeria; from Paraguay to Britain: the masses are coming out onto the streets to struggle against the system and the rotten status quo.

This mood of optimism in the ideas of Marxism – and confidence in the activity we are undertaking – was demonstrated by the biggest financial fundraiser ever seen at a Socialist Appeal supporters conference.

Due to the sacrifices of comrades, friends, and sympathisers, an outstanding £85,000 was raised to help build the apparatus needed to continue expanding our work.

It is only through the generous donations of our supporters that we are able to continue publishing our material, running our campaigns, and building the Marxist tendency in Britain and beyond. For this, we wish to wholeheartedly thank all our supporters.

This spirit of sacrifice is not alien to our movement. On the Saturday evening, a report was given about the work being undertaken by the International Marxist Tendency (IMT).

From Pakistan to Mexico: our sisters and brothers from all around the world are sacrificing much more than their money and time. These comrades have endured brutal repression, torture, and harrassment by the state. Their resilience and determination is truly inspirational.

Trotsky once commented that, in the final analysis, the crisis facing humanity can be reduced to a crisis of leadership for the working class. This rings true today. It is exactly why we are building the Marxist tendency – to draw into our ranks the best and most militant class fighters.

This was evident from the international report given on Saturday evening. And it was also demonstrated in the session on Sunday, where Ben Gliniecki of the Socialist Appeal editorial board gave an overview of the activity undertaken by Socialist Appeal supporters over the past year. 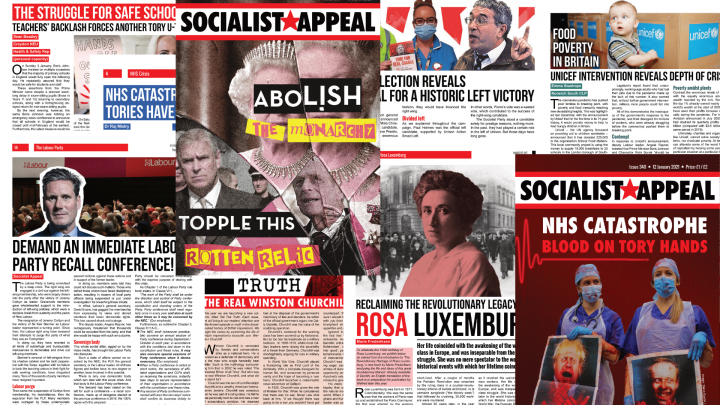 The conference underlined the importance of theory as a guide to action / Image: Socialist Appeal

After Ben’s introduction, comrades also came into the discussion to report further on the activities and initiatives that Socialist Appeal supporters have been involved in locally.

From the student rent strikes, to the struggle inside the Labour Party, to the trade unions: the Marxists have increasingly become a point of reference for activists in the movements of workers and youth.

At the same time, throughout the pandemic, we have continued to publish a fortnightly digital paper, alongside daily articles, videos, and podcasts online. Similarly, flagship events such as the Revolution Festival have proven to be an enormous success, despite being held entirely on Zoom.

This underlines the other key question discussed over the weekend: the importance of theory; and the need to defend the ideas of genuine Marxism. This, as many speakers emphasised, has been the foundation for all the other successes of the past year – and it will continue to be our greatest asset going forwards.

This conference marks a watershed in the building of the forces of Marxism. The overwhelming feeling at the conference was one of urgency. The future of humanity depends on our ability to forge the revolutionary leadership that is desperately required.

We have seen the working class shaken out of all habits and routines. This crisis has turned the world upside down and inside out. It is only the revolutionary ideas of Marxism that offer a way forward for the masses in Britain and internationally.

As Alan Woods concluded in his closing remarks for the conference, echoing the famous words of Karl Marx: “Comrades, we have a world to win!”