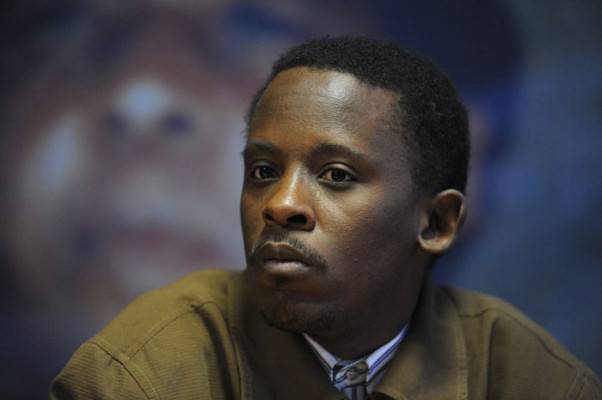 As a party that purports to stand for the unity of workers, one expected that the South African Communist Party (SACP) would do its utmost to avert the implosion that is tearing the Congress of South African Trade Unions (Cosatu) asunder.

[This article was submitted to us by comrade Castro Ngobese who also agreed that we could publish it along with the comments of the IMT. You can read our comments here.]

Alas, the party that claims to be the vanguard of the country’s working and poor people has thrown its weight and support behind the majority faction within Cosatu’s central executive committee that expelled the National Union of Metalworkers of South Africa (Numsa) from South Africa’s biggest trade union centre.

Despite pious platitudes about “working class unity, including a respect for a diversity of views amongst the organised working class”, at its meeting earlier this week the Communist Party’s political bureau (politburo) concluded that Cosatu’s executive “was left with no option but to take the drastic and unpleasant step of expelling Numsa”. The politburo described the jettisoning of more than 350,000 metalworkers from Cosatu as “a case of self-expulsion” and that Numsa’s leadership courted dismissal. In a cynical call to “rebuild a united and militant Cosatu”, the Communist Party calls on Numsa members “not to follow the divisive path of their leadership”. 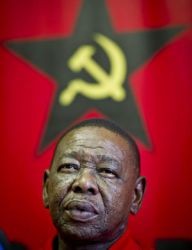 Blade NzimandeInterestingly, the tone of the Communist Party response is markedly different from that of the African National Congress (ANC) which describes the expulsion of Numsa “as bad for Cosatu itself, bad for the ANC, bad for the Alliance, bad for progressive forces as well as for society in general”. Whether behind the ANC’s sentiments on the boot given to metalworkers is nervousness about the organisation’s future electoral fortunes, the ruling party’s view is that the dismissal of Numsa from Cosatu “can never be celebrated and calls on the federation to conduct a detailed analysis of the impact of this decision”.

Unfortunately, the party whose constitution enjoins it to “unite different strata of the working class” sings a different tune. In the Communist Party’s statement there is not an iota of how the expulsion of Numsa may cause a split in Cosatu. There is also no whiff of how employers and the capitalist class will be the beneficiaries of any permanent fracture that emerges in the 29-year old union federation. For the Communist Party, the problem is the recalcitrant Numsa leadership that has repeatedly been involved in “diving in the box” for public sympathy.

For diligent students of history the divisive role of the SACP within the labour movement should be no surprise. Although Communist Party leaders and spin doctors always project their organisation as a unifier within the labour movement, recent experience shows the opposite. One has to go to the pages of the SACP’s African Communist to see how the emerging unions in the early 1970s were vilified and their credentials questioned. According to the Communist Party, the true representative of the country’s workers was the South African Congress of Trade Unions (Sactu), which the party was in alliance with in exile. Any other worker organisation was either a “yellow union” or “a front of the Central Intelligence Agency”. The Communist Party displayed similar hostility to Cosatu’s predecessor; the Federation of South African Trade Unions (Fosatu). The hostility to Fosatu reached a crescendo when the union federation formed in 1979 raised the need for an independent workers’ movement and possibly the establishment of a workers’ party. Similar to the vituperation directed at Numsa today, the Communist Party had gallons of vitriolic oil for Fosatu. The union federation was insulted and labelled “workerist” for raising the necessity of independent working class politics and organisation.

The logic of Communist Party politics since the 1920s has been to pick a horse and bet for it; come rain or shine. However limping it may be, the horse that the SACP has picked is the ANC. Anyone who is critical of its lifelong betting pick is “counter-revolutionary”, “reactionary” and more recently “anti-majoritarian”; if one considers the latest swear word in the Communist Party’s kist of insults and labels. Put aside what the politburo says is the cardinal sin of Numsa – the defiance of Cosatu’s principle of one union in one industry. The real reason why the Communist Party feels that the union federation’s executive had no other option but to expel thousands of metalworkers is that their union has been critical of the SACP’s pick: the ANC. The alleged “poaching” by Numsa or expansion of its scope of organising is just a smokescreen. To clearly see beyond the fog that the Communist Party creates one has to go to the charge sheet that Numsa had to respond to. Top on the list were Numsa’s special national congress resolutions not to support the ANC in the elections, the call for Cosatu to break from the tripartite alliance, as well as the decision to explore the establishment of a movement for socialism. These are the real reasons for the purge.

This week’s endorsement of our expulsion is not the first time that the Communist Party has come out against Numsa in the last two years. In a political report that Blade Nzimande tabled at the party’s thirteenth congress in July 2012, the SACP identified a “phenomenon within the ranks of Cosatu and the progressive trade union movement” that needed to be exposed and defeated. According to the report what required exposure and crushing was “a small, but lingering, phenomenon in the trade union movement, that of wanting to deliberately cause strain and divide the labour movement from the SACP and the ANC”. Although not mentioning any specific union or people by name, the message was clear: if you did anything that according to Communist Party spectacles strained relations between the labour movement on one hand and the ANC/SACP on the other; you have to be exposed and defeated.

In a different section of the SACP’s political report, the Communist Party did point a warning finger to Numsa. Clearly annoyed by Cosatu’s public call for the return to the organisation of leading Communist Party officials who had gone into government after the 2009 national and provincial elections, the secretariat of the party accused Numsa of waging a campaign “aimed at negatively harming the image and integrity of the SACP”. The only evidence produced to support this accusation was the metalworkers’ union continued raising the role that Communist Party cadres played in government. A stern rebuke was given to Numsa that the union ‘is not the custodian of the decisions of the SACP, nor should it seek to act as such in future”. In the same breath there was reference to “enemies of the working class” who “will always attempt to drive a wedge between communists and the labour movement”. The closing line of this paragraph in the report was: “we must protect this relationship [between Communists and the labour movement] with all we have”.

But more brazen was the SACP’s open letter directed at Numsa delegates to the special congress held in December 2013. Amidst the calls for a regime change within the union, the Communist Party revealed what it feared the most. What sent shivers down the spine of Communist Party leaders were not the potential divisions in Cosatu or what they called the “hypocrisy and personal ambitions of Numsa leaders”. Scaring them was the imminent dumping by metalworkers of the horse they have been flogging, the ANC. The title and clarion call of the open letter was: Let us not walk away from the struggle for the heart of our movement and our national democratic revolution. The open letter pleaded with our members not to call for a break-up of the tripartite alliance. It also cautioned delegates against calls for an independent workers’ party.

This is the logic of the SACP’s politics. The way forward is only through the ANC. It does not matter whether the movement is limping or it implements neoliberal policies that hurt workers and the poor. Everything must be through the ANC. It is the ANC and nothing else. By endorsing the expulsion of Numsa from Cosatu, the SACP confirms what many of us have painfully learnt: that if you do not agree with the strategic approach of the Communist Party you are an enemy that must be dealt with and defeated. On a positive note the stance that the politburo has taken confirms what the 1300 delegates at our special national congress said: that the SACP cannot be won back to the path of class struggle.