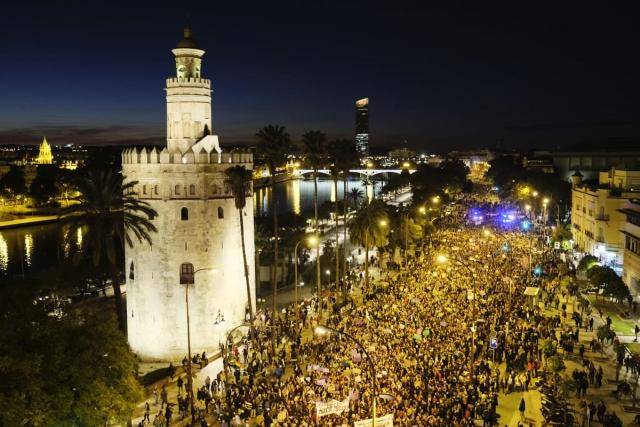 For the second consecutive year, International Working Women’s Day (8 March) was a momentous occasion in the recent history of the Spanish State. The official data show even greater participation in the demonstrations, strike action and work stoppages than in 2018, which in some places increased dramatically. As we have been saying repeatedly, there are plenty of reasons for this great mobilisation.

According to police figures, 500,000 people participated in the main demonstration in Madrid and 200,000 in Barcelona. If you only count these two most important cities, you would already exceed half a million, a figure that far outmatches the mobilisation of the right wing a few weeks ago in Madrid, despite the 8 March demonstrations lacking the same resources or the support of the regime. By contrast, the women’s struggle is based on the oppression and frustration arising from a patriarchal class system that motivates women, and also many men, to mobilise and fight.

As far as other cities are concerned, 130,000 took to the streets in Seville, 100,000 in Malaga, 100,000 in Vigo, 60,000 in Granada, 50,000 in Bilbao and tens of thousands in all the capitals and important cities of the Spanish State. The mobilisation went further and deeper than in 2018, with mobilisations in hundreds of villages and towns beyond the big cities. This was especially noticeable in the interior of Andalusia, with large mobilisations in towns such as Linares, Antequera, Morón de la Frontera or Guadix, and in the interior and industrial belts of Catalonia, with thousands of people in Sabadell, Terrassa, Vic, Girona, etc.

Participation in the two-hour strike called by the big unions UGT and CCOO also surpassed that of 2018, with an estimated six million workers taking part. The 24-hour strike was better prepared and had greater reach than last year, with a larger number of participants and expanding into more sectors. The strike was especially strong in the education sector, but it is also worth noting the increased participation in such industries as metal production, where male workers predominate. In the Madrid region, there was a 24-hour strike of all public sector workers and also workers on the Metro.

The role of the working class in the success of this 8 March has been, therefore, much more prominent than last year. It has reached an unprecedented level. The mobilisation began on the eve of 8 March with evening demonstrations, in cities such as Granada and Madrid, to demand the right of women to walk safely in the street at any time, and activities continued into the morning with strike pickets and demonstrations, in addition to the student strike, all of which converged at noon in joint demonstrations in the main capitals. According to public broadcaster RTVE, 350,000 students took part in demonstrations across the Spanish State: a spectacular figure.

Another indication of the strength, energy and depth of the struggle for the emancipation of women is the fact that all the political parties, with the exception of the ultra-reactionary Vox, attempted to join in and ride the wave, unlike last year. With general elections approaching on 28 April, all parties want to take advantage of these mass mobilisations. In the end, the right-wing PP withdrew, while the ultra-liberal Cs remained to defend their "liberal feminism." The PP and Cs have achieved the opposite result to the one they sought, demonstrating in practice their cynicism, while making fools of themselves in the process. The right has nothing to offer the majority of women.

As mentioned above, a very important part of the day was the student mobilisation, with thousands upon thousands of high school and university students participating energetically, preparing their own placards and chanting slogans.

The struggle for the emancipation of women has politically awakened the youth, who are feeling the deep crisis of capitalism. It is a generation that can only see a grey future, that feels in its flesh the impasse of society. And the facts show why: youth unemployment in Spain is only exceeded in Europe by Greece, education is increasingly expensive, the few jobs available are precarious and poorly paid, rents are unaffordable...

The youth perceives, with increasing clarity, the degenerate and rapacious character of the ruling class and how it bases its power on brutal exploitation and backward cultural ideas. Amongst the advanced capitalist countries, Spain is one of the most discriminatory towards women. ‘Machismo’ is pumped into society on a daily basis, and finds its most crystallised expression in the dozens of women murdered at the hands of men every single year.

Patriarchy is a fundamental characteristic of capitalism worldwide, but in Spain it plays a prominent role due to the backwardness of the Spanish ruling class. At the same time, this situation generates a growing sensitivity among millions of working-class and middle-class men, who correctly identify the oppression of women as a sign of the capitalist barbarism that must be fought in solidarity with women, both in order to advance the interests of the working class and as an elementary issue of democracy and human rights.

But that is only part of the equation. The capitalist system requires the reproduction of the working class for exploitation, to extract surplus value from their labour in exchange for a salary. However, the reproduction of the working class does not generate immediate benefits for the capitalists, and, therefore, it falls on the shoulders of the workers themselves to take care of the children, clean the house, do the laundry, do the cooking, etc: a responsibility that historically has fallen on working class women. Capitalism has not created patriarchy, but it has deepened it. The nuclear family is fundamental to its existence. That is why the leader of the Popular Party Casado did not join the demonstrations called for by what he described as the "radical left". He understands full well that the struggle for the emancipation of working-class women is linked to the struggle against capitalism.

Impending crisis and the struggle for the emancipation of women

The idea of ​​gender equality in all avenues of life has had a great impact on the Spanish State, connecting especially with a radicalising youth. The fact that this struggle mobilises so many young people is an indication of the deep rot of the system. Students historically have always been a thermometer that indicates when a society is approaching boiling point.

To turn this anger against the oppression of women into a more general movement, a subjective factor is necessary, one that is capable of linking the particular struggle of women with the struggle against capitalism that creates and perpetuates oppression. 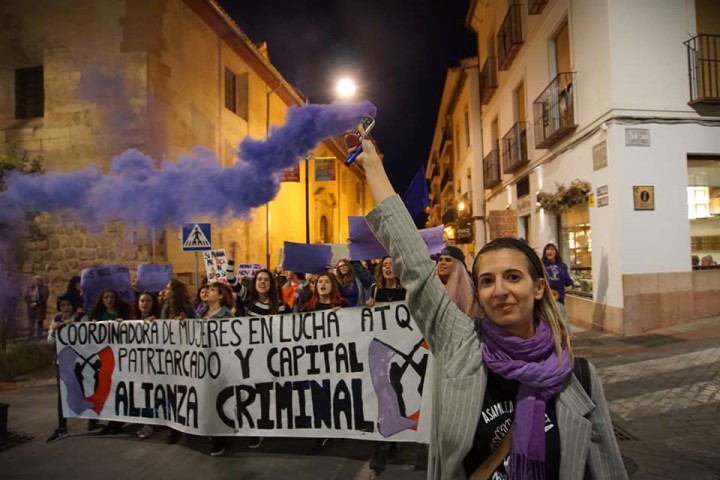 In the beginning, Podemos generated much enthusiasm among broad layers of society, especially young people, with radical rhetoric against the elites at the top, casualisation of labour, the oppression of women, etc. The spectacular rise of Podemos showed objectively that the masses are looking for a way out of the deep stagnation of society. However, after four years of being close to the spheres of power, Podemos has adapted to the political institutions and blunted the combative arsenal that originally propelled them forward.

Many bourgeois economists are already holding their heads in their hands at the prospect of a new worldwide economic crisis, a crisis that will be deeper than in 2008 and much more difficult to deal with. In this global context, and particularly in Spain (with its unstable political situation resulting from strong polarisation), the class struggle will intensify with qualitative leaps.

In recent years, we have witnessed massive mobilisations, a crisis of the regime derived from the national question in Catalonia, a proliferation of industrial struggles, the awakening of a large percentage of the masses and youth to political life, repression of democratic rights, repression against activists, trade unionists, etc. In this situation of ferment, a great idea can connect with the immediate desires of a broad layer of the population, starting with the women, who fight for their emancipation; an idea that connects the most immediate struggles with the root of the problem: the capitalist system and class society. We are convinced that this idea is the struggle for socialism, a society without classes, where wealth is produced not for the benefit of a few but to provide for the needs of all.