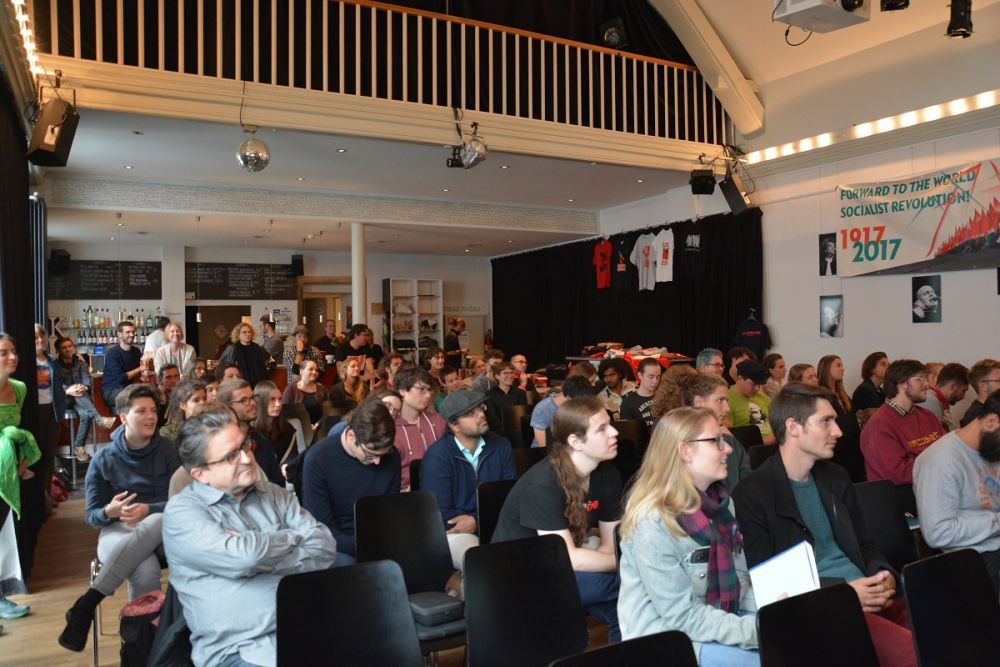 Revolution: that was the banner under which Switzerland’s biggest, Marxist weekend school took place on 7-8 October. 100 enthusiastic Marxists from Switzerland, France, Italy, Germany and Austria met in Nidau/Biel in the heart of Switzerland to discuss how to achieve socialism in our lifetimes.

On Saturday morning, Alessio from Sinistra, Classe, Rivoluzione (the IMT in Italy) opened the discussion on the global political and economic situation. 10 years after the outbreak of the 2008 financial crisis we are now seeing the weakest recovery in history. The capitalists have also understood this. Instead of continuing to bet on low interest rates and putting money into circulation, some are now betting on protectionism. The most important representative of this trend is US President Donald Trump. His slogan “America First!” illustrates what lies behind the burgeoning trade war. The goal is to export unemployment. America first: at the expense of everyone else. Trump’s protectionist tariffs threaten to accelerate the outbreak of a new recession. 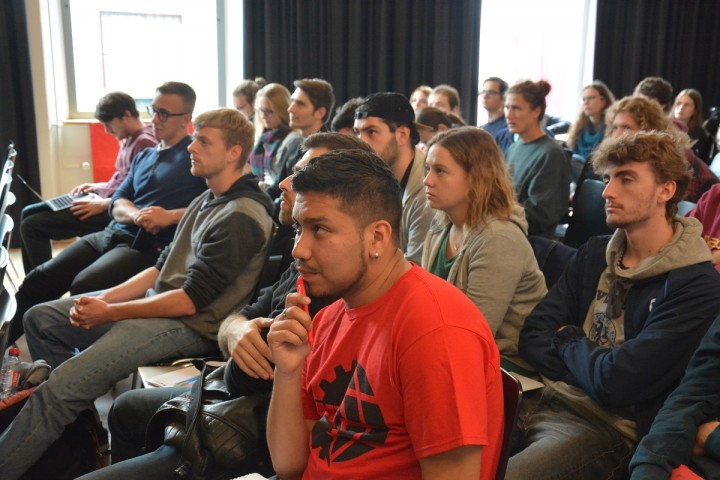 100 enthusiastic Marxists from Switzerland, France, Italy, Germany and Austria met in Nidau/Biel in the heart of Switzerland to discuss how to achieve socialism in our lifetimes

The ongoing crisis is also evident in Europe, where one political crisis follows another. In the absence of a revolutionary mass party, this is expressed in the rise of the so-called populist parties, but also in increasingly militant class struggles and rapidly developing consciousness, especially among the youth. In the discussion, the role of Marxists in this process was emphasised: not only to offer the correct analysis and theory, but to engage in militant activity in order to win the most advanced layers of workers and youth.

Several, smaller workshops were held in the afternoon. For example, we discussed the relevance of a general strike with leading left-wing trade unionist from Geneva, Alessandro Pelizzari. Many young workers spoke very vividly about their experiences in their companies and discussed the role of Marxists in workplaces and trade unions. The willingness to put revolutionary theory into practice was noticeable in the discussion. 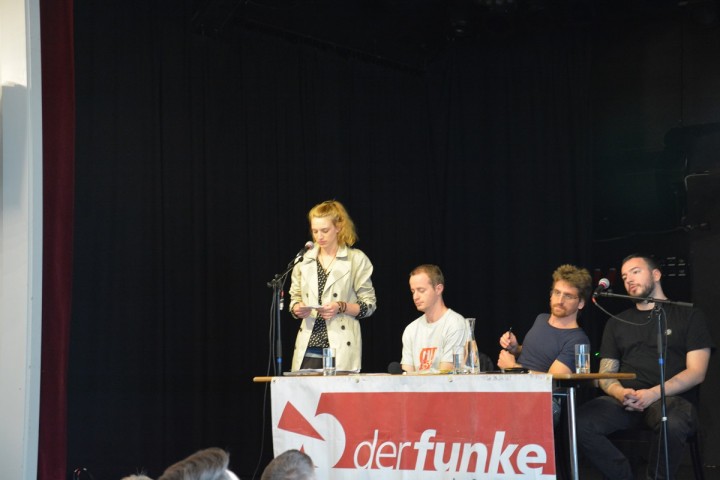 On Saturday afternoon, we discussed the relevance of a general strike; economic theory and left-wing populism

Further discussions on left-wing populism and Karl Marx’s economic theory also led to lively discussions, which continued at dinner and later at the bar. In the evening, an open mic session took place, where comrades recited revolutionary songs and poems, individually or in groups, with the audience singing along. This was followed by a disco. But by midnight the dance floor was empty – every last comrade wanted to be well rested for the second day.

On Sunday morning and afternoon, six different workshops took place. Led by comrade Alessio, the workshop on the situation in Italy was certainly a highlight. The elections in the spring transformed the political landscape like an earthquake. The Democratic Party, which had ruled until then, faced massive losses. The appearance of the workers on the political stage has brought the 5-Star movement to power. Now the workers are demanding that 5S’s election promises be kept, this however would multiply Italy’s national debt. Meanwhile, Lega is trying to distract the masses with racism. But this will not be possible forever and sooner or later the government threatens to break. This will lead to intense class struggles and upheavals. 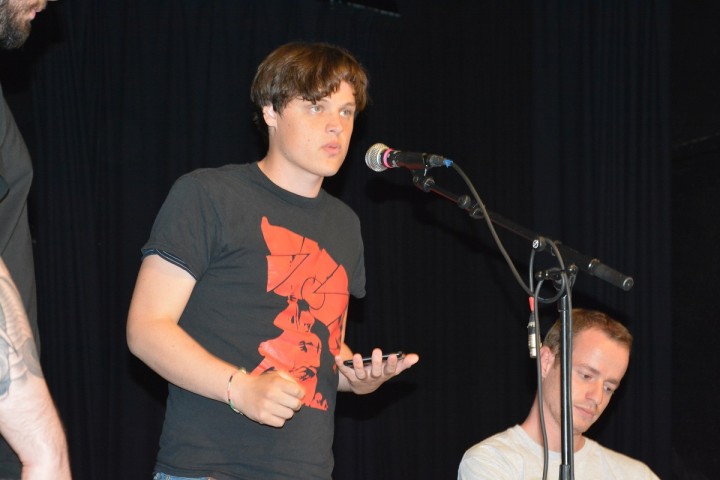 Other topics of the day included Marxism vs. Intersectionality, digitalisation and technological progress, and an analysis of Swiss imperialism. The committed discussions showed the great hunger for theory. Several participants purchased books, papers and brochures from the literature stand, further demonstrating this hunger. In their contributions to the discussions, various comrades also called for support in building a Marxist organisation. This received lively approval. “Helping to build a revolutionary alternative is the logical conclusion after this weekend,” as one participant said. 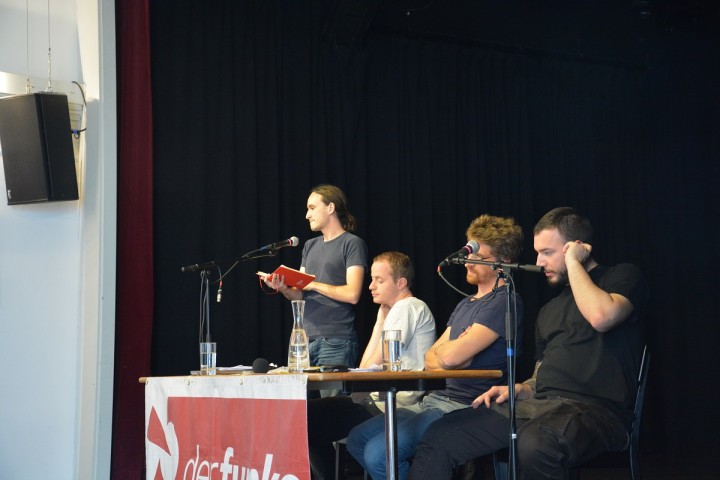 The school’s name ‘Revolution 2018’ has been aptly chosen since, today, revolution is more necessary than ever

The school’s name ‘Revolution 2018’ has been aptly chosen since, today, revolution is more necessary than ever. The development of technology offers the potential to provide an unprecedented standard of living for all humanity. Capitalism in crisis cannot possibly realise this potential. That is why we need socialism, not in a hundred years, but in our lifetimes! The ‘Festival of Marxist Ideas’ provided all those who participated the necessary ideas and energy to struggle for a better world. 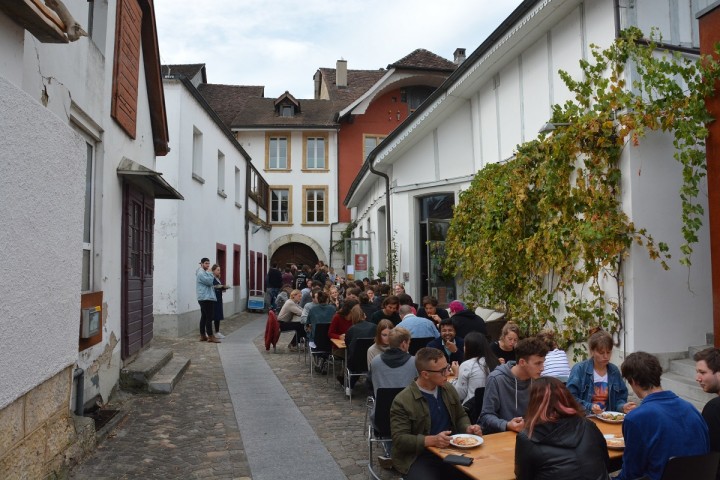