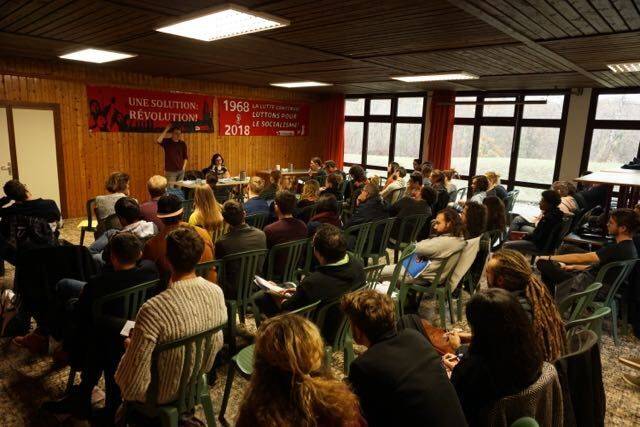 On the weekend of 16 November 2018, the International Marxist Tendency (IMT) held its second Francophone school in Geneva. During those two days, more than 70 activists and sympathisers participated in the school, coming from Switzerland, Belgium, and France; as well as Quebec, England and Germany.

This event was an opportunity for everyone to share their experiences of class struggle in their respective countries: from the trade union struggles in Belgium, to the French comrades’ struggles against Macron (notably the “gilets jaunes” (yellow vests) movement taking over the country), to the Quebec experience of tripling the size of the organization in just four years.

From the German Revolution to trade unionism

The German Revolution and the Spartacist uprising, the latter of which will be commemorating its 100th anniversary next January, were principal topics discussed during the school. A plenary was dedicated to the events of the first part of the German Revolution. As mentioned by one of the participants, the German Revolution is often forgotten, despite being one of the major events of the 20th century. Germany was shaken by a massive, insurrectional general strike that brought an end to the First World War and Kaiser William II’s reign. It was the failure of the 1919-1923 revolution that led to the USSR’s isolation and therefore to the rise of Stalinism and, of course, to the rise to power of Nazism and Hitler, the ‘solution’ offered by capitalists to the class contradictions left unresolved. 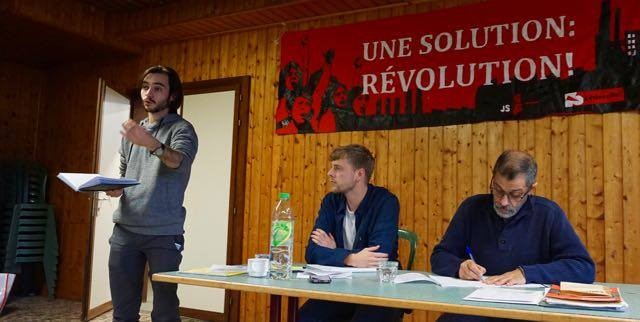 This event was an opportunity for everyone to share their experiences of class struggle in their respective countries / Image: l'étincelle

The other workshops focused on different historical, theoretical, and current subjects: an analysis of the new ideas of French philosopher Bernard Friot and their flaws, a workshop on the relationship between Marxism and trade unionism and the role Marxists have to play in the trade union struggle, a discussion on the current situation in Italy, a presentation on the life and struggles of Rosa Luxemburg, and finally an introduction to Marxist philosophy.

Each of these workshops was recorded and podcasts will soon be available on our website. As a sign of the enthusiasm of the participants, 700 euros were raised during the weekend!

The need for a revolutionary theory

The weekend reached its end with a plenary led by Fred Weston, from the international secretariat of the IMT, who focused on the history of the 4th International, from its birth through the main political discussions in the post-war period, up until the founding of the IMT. 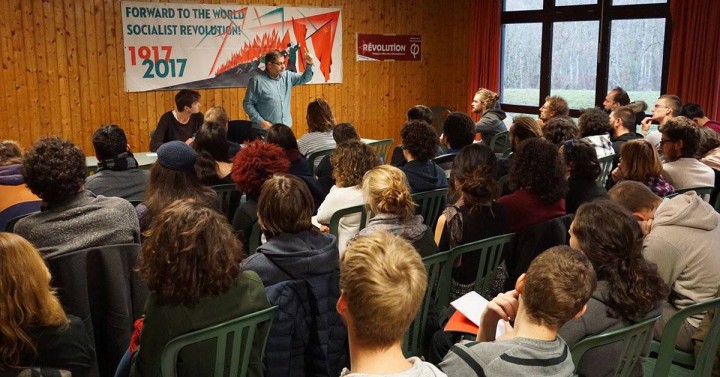 The weekend reached its end with a plenary led by Fred Weston, from the international secretariat of the IMT, who focused on the history of the 4th International / Image: l'étincelle

One of the most important aspects of the weekend was the reminder of the need for a revolution to bring to an end all the current problems of capitalism: misery, exploitation, racism, sexism, pollution. The vast majority of participants were under the age of 30. For us, the theory is not a matter of pure intellectual interest, it is a guide for revolutionary action. All of the participants entered adulthood or adolescence during the crisis of 2008, and have, since that day, only known a system in crisis offering them no future. It is only by combining the revolutionary energy of this generation with theory and experience of past struggles that capitalism will finally be overthrown.

The vast majority of participants were under the age of 30 / Image: l'étincelle