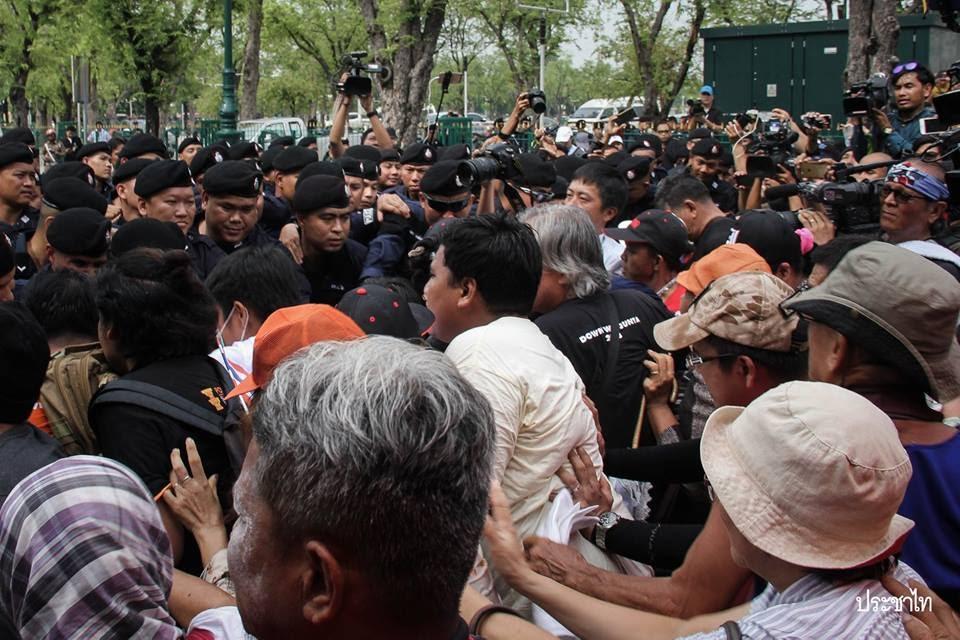 A planned march by the Thai protest movement, ‘We Want Election’ has been subjected to brutal police repression. This movement coincides with the fourth anniversary of the 2014 military coup, and calls for a general election in November 2018.

500-1,000 assembled at a rally in Thammasat University on 21 May, remaining overnight. On the morning of 22 May the crowd prepared to march to Government House to call for an election. However, they were met with violent repression by the state. The government sent 2,000 police to blockade the front of Thammasat University. The crowd was cut off from the outside. The lack of food and drinking water led some to faint, including leading demonstrator, Sirawith Seritiwat.

At 2:13 pm, the police started to break-up the crowd, so the leaders decided to end the demonstration in an attempt to protect protesters from police violence. 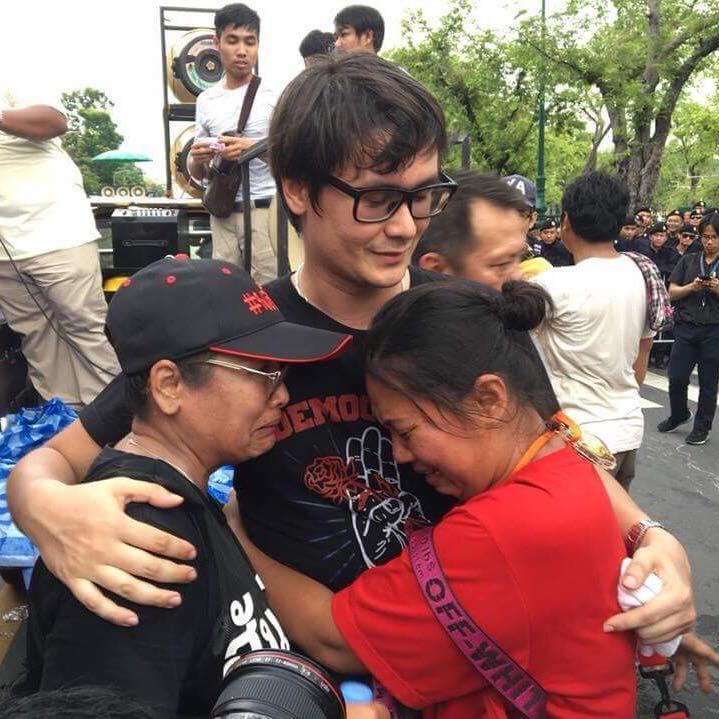 Protesters crying and hugging organiser Rangsiman Rome after he called an end to the demonstration / Image: Prachatai

The authorities seized 15 of the leading protesters, who remain in custody. The National Council of Peace and Order and Military government are attempting to jail them under articles 215 (assembling a mob), 216 (refusal to disperse) and 116 (incitement to violate the Constitution) of the criminal code, in addition to order 3/58 (which grants the NCPO special powers to suppress dissent).

The imprisoned leaders are:

There are two others, who have not been named.