There was a record participation at the congress of the Italian section of the International Marxist Tendency – Sinistra, Classe e Rivoluzione – held on 6-8 January in Bologna with more than 150 comrades from 25 cities attending. Fred Weston of the IMT introduced the debate on global relations.

We live in an exceptional era in which the certainties of the ruling class are collapsing one after the other. Weston recalled how world debt has reached a staggering 325% of world GDP, and it continues to grow. The question posed is: who is going to pay for this debt? The conflict generated by this simple question is at the origin of the crisis of the bourgeois political system.

All the traditional parties, both on the “centre-right” and “centre-left” throughout the world are in crisis as a result of the fierce polarization taking place in society both to the right and to the left. 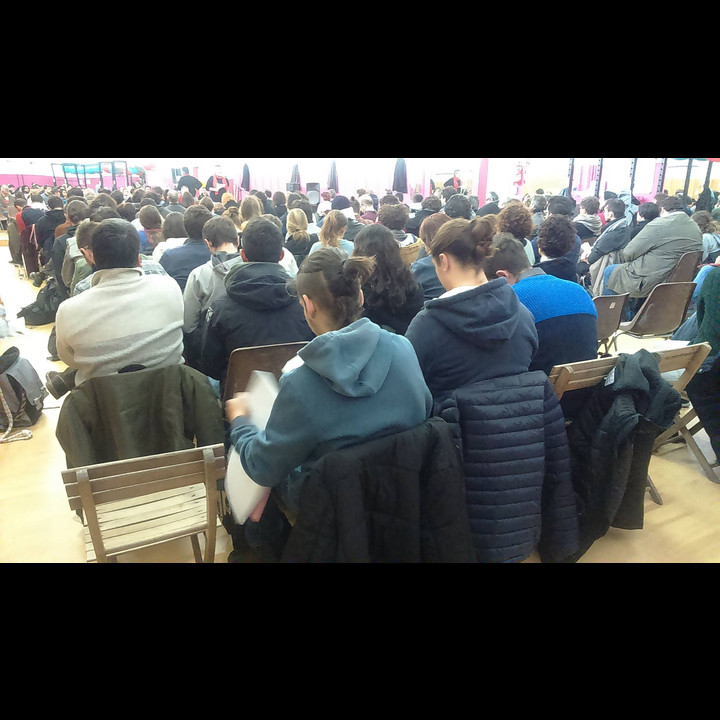 The victory of Trump in the United States, Brexit, as well as the emergence of Podemos in Spain or Corbyn in the British Labour Party, are all part of this same process. The comrades who intervened in the discussion added to the scenario outlined by Weston. To name a few, Bellotti stressed that Russian intervention in Syria, the collapse of Isis and the new relations between the powers laid the basis for a resumption of the Arab revolution. Serena Capodicasa showed that the growth of populist forces, such as the AfD in Germany, are expressions of the widespread anger against the whole of the establishment. Comrade Bavila recalled that the US has been weakened, so much so that they have seen historical allies such as the Philippines swinging towards China and that fundamental contradictions are developing in the Pacific area, precisely where we have seen an enormous strengthening of the proletariat. The working class is now the majority in the world and the ideological weakness of its organizations cannot stop this rise. With the need to react to capitalist barbarism political differentiation will emerge and prepare the ground for the inevitable growth of the revolutionary tendency. 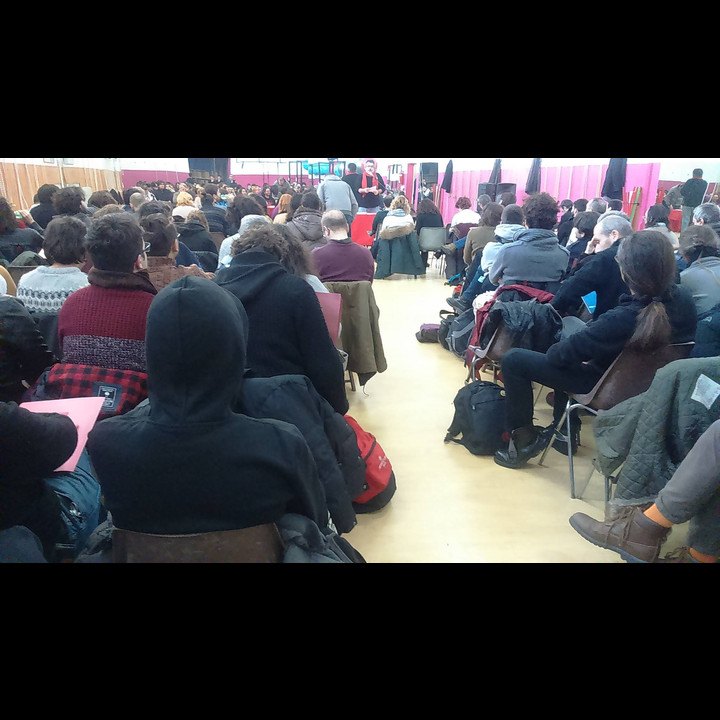 On the second day of the congress the Italian political situation was discussed, led off by comrade Alessandro Giardiello. He explained that in the recent period in Italy 90% of households have suffered a drop in income, compared with a European average of 70%. This condition is the material basis for the victory of the No vote in the referendum of December 4, which led to the fall of Renzi and marked a return of the masses to actively being involved in the political process. 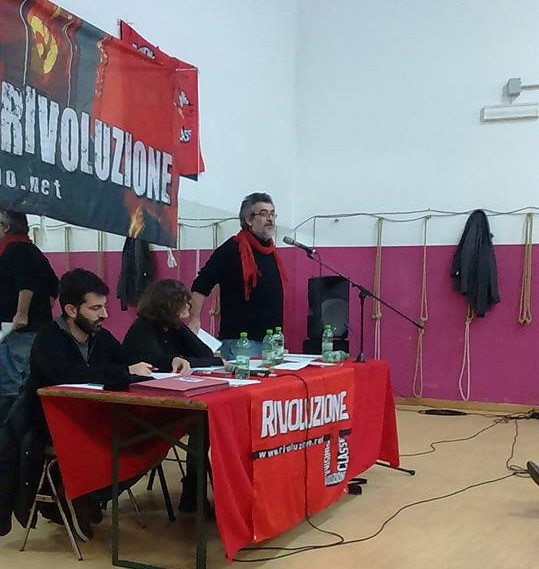 What is missing in Italy is a political expression of the working class, an independent workers’ party. The secretary of the Fiom (the metalworkers’ union), Landini, who had raised expectations in the past that he might be moving towards the formation of such a party, has seen his authority collapse after he put his signature to the latest rotten labour contract in the metal industry. This was confirmed by the big vote against the deal in the big factories, an indication that the inertia that had gripped the movement in the previous period is beginning to break down. However, as long as there is no generalised mobilisation of the working class as a whole, we will continue to see smaller scale disputes, but important nonetheless.

The current government is weak and subject to conflicting pressures. The next electoral battle will see the masses coming out to vote massively against all the traditional dominant parties. The Five Star Movement is poised to make gains, but it is not a real alternative, and the masses will learn this from concrete experience. Those forces like ourselves that have the task of fighting against capitalism, of posing the need for a class-based alternative party to the Democratic Party, will have to present their alternative also on the electoral terrain, as there is no workers’ party today in Italy.

The discussion that followed added to our understanding of recent developments. Comrade Iavazzi pointed out that what we are witnessing is a sharp acceleration in the process and a there is now deeply felt class hatred towards the establishment. Comrade Fiorini described the situation in Monfalcone, a small town near Trieste in the North East, where the Fincantieri ship-building plant is based, historically a town with a strong Communist Party tradition. After the Communist Party changed its name, this town continued to support the Centre-Left, but now for the first time since 1945 Monfalcone has shifted to the right, electing a Northern League mayor. However, those same workers, in the ballot on the metalworkers’ labour contract voted en masse against the Landini proposal and the No vote won with a massive 75%. The anger of the workers at their worsening conditions finds no political expression on the left, but that does not mean it is less strong. Antonio Erpice cited the experience of the mayor of Naples De Magistris, a figure that stands to the left of the Democratic Party. Initially he had set up a “political association” but this has now become a “political movement” and it is beginning to have regional and national aspirations. It is an indication that in Italy too there is the potential for movements such as those we saw in Spain that led to the setting up of Podemos. 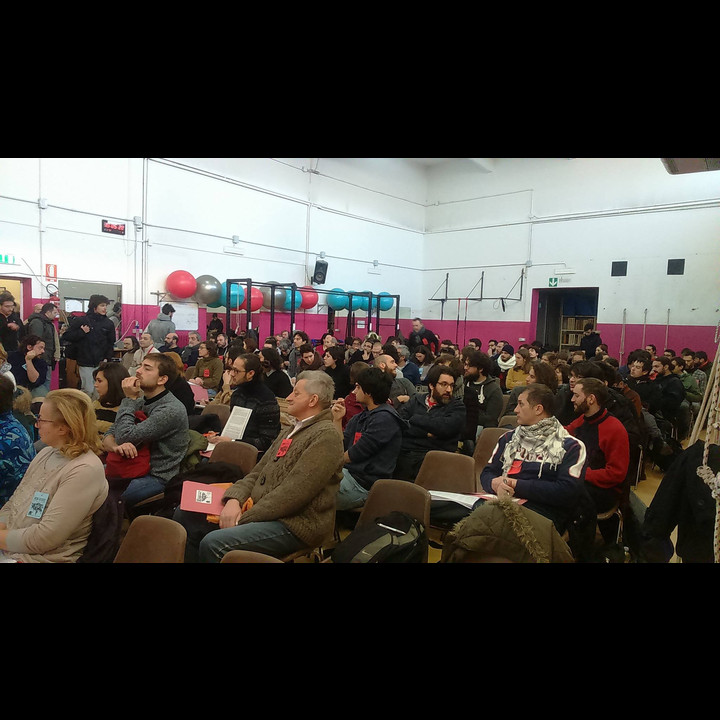 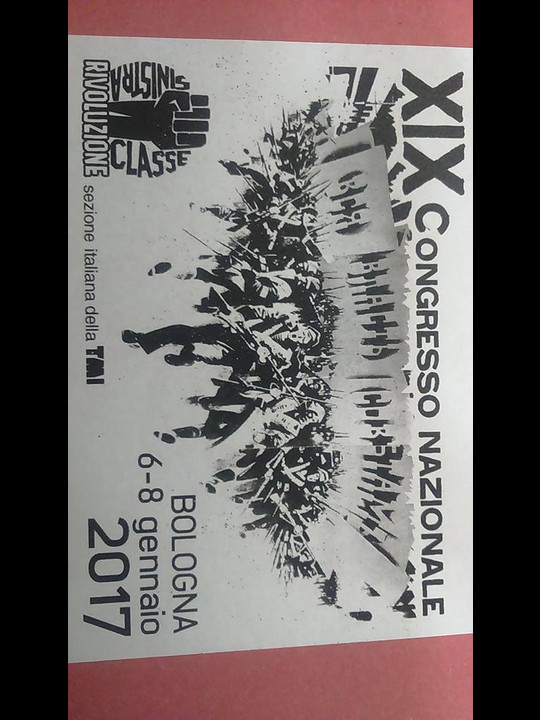 On the last day the discussion centred on the state of our organization, introduced by Alessio Marconi who outlined our relations with other forces on the left among the youth and in the trade union movement and our task of build a strong revolutionary Marxist tendency in Italy to prepare for the big events of the future. We have developed a presence in 17 universities around the country, setting up Marxist Study Groups, which have connected with a radicalised layer of the youth. We have also organised important trade union struggles, playing a leading role in the logistics industry, and also have a strong presence in the metal industry.

In addition to the main plenary discussions, there were separate commissions on youth work, trade union work, the paper and self-financing. We plan to publish the new updated version of Leon Trotsky’s book on Stalin in Italian before the end of this year. This is part of the IMT’s campaign to commemorate the Russian revolution. This is part of trilogy of three books against Stalinism. Last year we published Felix Morrow’s book Revolution and Counter-Revolution In Spain, and Pierre Broue’s Communists Against Stalin, a book on the many supporters of the Left Opposition that disappeared in the gulags. 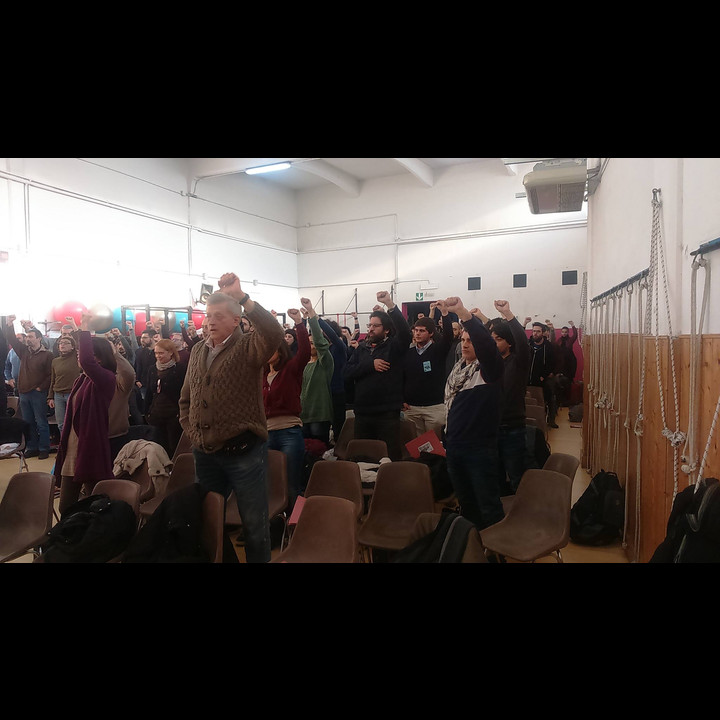