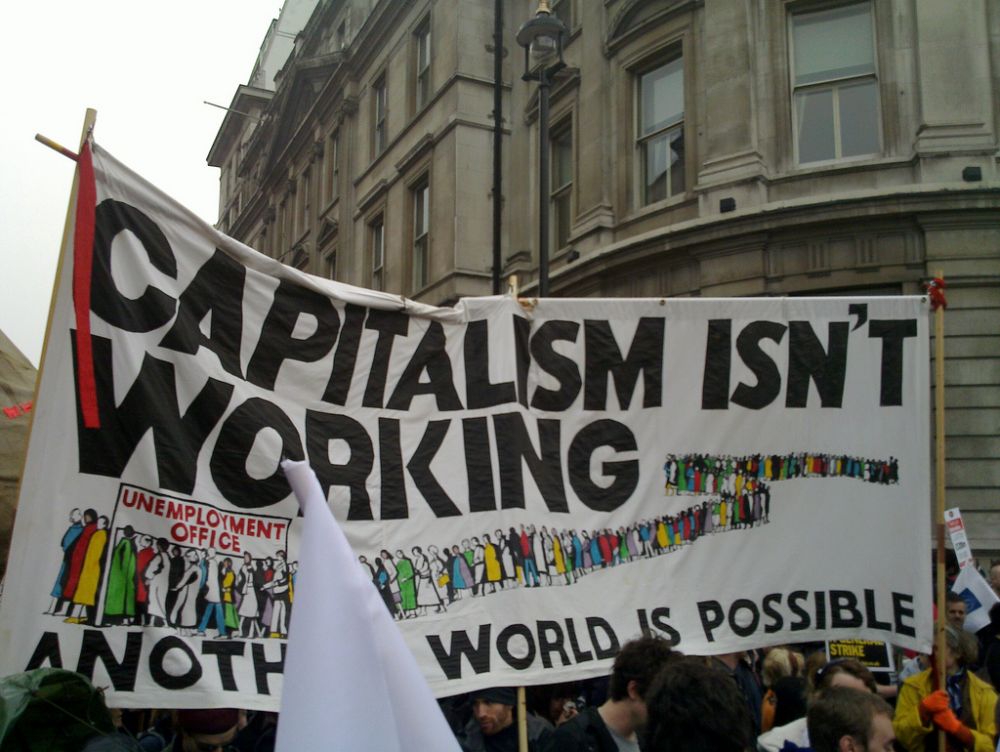 Tomorrow, tens of thousands of people will gather in Montreal for the World Social Forum. This is an important gathering of unions, left groups and anyone looking to fight for a better world. The Canadian section of the International Marxist Tendency - Fightback/La Riposte - will be present all week and we will be holding two events at the forum.

We will be tabling at the forum, discussing the relevance of Marxist ideas today, distributing Marxist literature as well as our English journal "Fightback" and our French journal "La Riposte."

Our table will be located in Complex Desjardins, 150 Ste-Catherine West.

Here is the information for the events that we will be holding at the social forum.

Quebec has been shaken by mass movement after mass movement over the last several years. From the 2012 student strike to the public sector general strike movement last year, workers and youth have clearly demonstrated their desire to fightback against capitalist austerity. Inspite of these massive movements, austerity continues, politics is still dominated by rightwing capitalist parties and our lives continue to worsen.

What is the role for Marxists in this context? What kind of leadership do we need to actually win in the fight for a better world and how can we build it?

Join us for a discussion about the role Marxists need to play in Quebec and the task of building revolutionary leadership before the next mass movement.

The Crisis of Capitalism: Reform or Revolution?

The world is in a never ending state of crisis and turmoil. Ever since the global financial meltdown of 2007-2008, the economy has only not recovered but is now teetering on the edge of a new economic downturn. Governments around the world have unleashed an unprecedented austerity program in order to make the working class pay for the crisis of capitalism.

But what is the solution?

From Syriza to Podemos, from Corbyn to Sanders, new left leaders and parties have canalized the anger of the masses and attempt to challenge the agenda of the bourgeois. But as the experience of Syriza demonstrated last year, if we are not prepared break with the capitalist system, a betrayal is inevitable as the capitalists will use all of their political and economic power to get their way.

It is enough to simply tax the rich?

Can capitalism be reformed?

How can we fight back against the agenda of the capitalist parties and win?

These are just some of the questions that will be addressed.