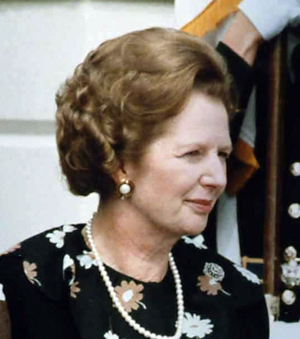 Margaret Thatcher is a hate figure for millions in Britain who suffered under 13 years of her rule. We, who opposed Thatcherism to the bitter end, will never forget the mass unemployment, the cuts, wholesale privatisation and the attacks on the trade unions as well as our democratic rights. Those who fought back were regarded by Thatcher as “the enemy within,” a term she used against the National Union of Mineworkers, as they fought for their communities and their jobs. Thatcher represented capitalism ‘red in tooth and claw’ and we will not forget it. 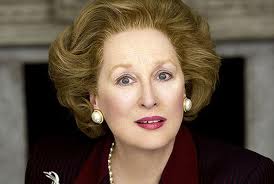 Despite claims to the contrary, The Iron Lady is a whitewash job in an attempt to prettify Thatcher and her government that waged class war against ordinary working people. The producer, Damian Jones, tried to excuse its role with the sugary words, “Whatever one's politics, you can't deny Margaret Thatcher had a profound effect on this country.” He goes on to say that “Thatcher is iconic.” Such is the “objective” view of those who produced this insult, which according to Charles Moore in the Daily Telegraph, is the “most powerful piece of propaganda for conservatism.”

The Sun called it “a true story of feminism in action.” This feminist line about Thatcher representing the interests of women is totally laughable, or truly disgusting. Ordinary working class women hated the woman and what she represented. The fact that she was a woman never came into it. But gullible Meryl Streep fell hook, line and sinker for this feminist argument when she said “I admire her achievement. I stand in awe of it, even while not agreeing with a lot of the policies. The fact that she got things done, even though many people didn't like her, was extraordinary.” “People were thrilled that she became prime minister in the UK.”
Does Streep understand Thatcher’s “achievement” in ruthlessly representing the interests of big business? Obviously not. She seems oblivious to the fact that many lives were ruined and destroyed by this individual, especially in the industrial areas of Britain. She is oblivious to the destruction of families in the mining communities during the miners' strike of 1984-5. Or the fact that she privatised everything in sight and presided over nearly 4 million unemployed. Instead, Thatcher is glorified for her “courageous” stand by the film, while the miners' strike and poll tax is cast into the sidelines. Images of police horses ploughing into unruly miners are shown, while union leaders and protesters are portrayed as a wild rabble, intent on banging on her car window. All are props with which to prove how tough the Iron Lady was.

“You have that decade where she did everything. She stood up against the miners, against the IRA, she led us to war...” writes Abi Morgan, the screenwriter, keen to equate the NUM with individual terrorism.

Liz Hoggard in the Evening Standard, who describes herself as a “lefty feminist,” falls over herself by saying “the ladies are for turning: how Maggie seduced Meryl – and reduced me to tears.” The film is an attempt to “humanise” Thatcher, but you cannot wash away the blood. “The real danger for the lefties is that Streep's performance is so touching,” says Hoggard.

Phyllida Lloyd, the director, says “She [Thatcher] was a superstar. We wanted to treat her with dignity.” But Thatcher was no superstar, except for the Thatcherite backwoodsmen, the hang 'em, flog 'em brigade. This film is nothing more than a whitewash job, an attempt to glorify a reactionary woman that personified the short-sighted, get-rich-quick morality of capitalism in its decline. Throughout her life she was a virile champion of inequality and privilege. She was in favour of everything reactionary, including Victorian values. True to her class, she stole from the poor and gave to the rich. As regards “dignity”, maybe we should ask about the dignity of the communities that suffered at her hands without any mercy?

“There is no such thing as society”, stated Thatcher. This reflects the individualism and egotism of capitalism, a philosophy promoted by Thatcher and her class.

For those of us who lived through the Thatcher years, such crude propaganda will simply make us more angry. The first act of David Cameron as prime minister was to bring Thatcher to Downing Street. This government of millionaires represents the heirs of Thatcher. We will fight them as we fought Thatcher. The real heroines are the Real Iron Ladies, such as Women Against Pit Closures, who represent our class, the millions of ordinary working class women who are now resisting the attacks from this ConDem Coalition.