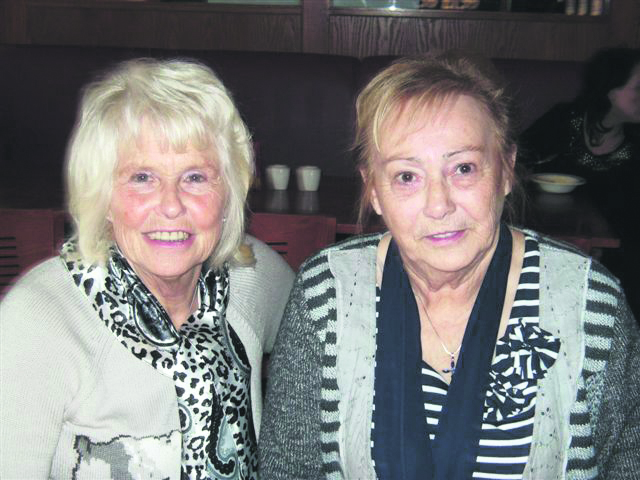 With all the hype surrounding the Hollywood version of Margaret Thatcher as the ‘Iron Lady’ who (supposedly) brought the miners and trade unions to their knees, there now comes the real story of the Miners Strike of 1984 from Betty Cook and Ann Scargill, two women who not only played their part during the strike but who now say that the events of that historic year changed their lives forever.

Socialist Appeal put some questions to the women on the subject of their feelings about the film and the Miners Strike of 1984 and the lessons to be learned.

Socialist Appeal: With the screening of The Iron Lady, played by Meryl Streep, the 1984 strike has once again come back into focus and is being discussed widely in the labour movement. Why do think it is important to keep the memory of that great strike alive?

Anne: Before I answer that, I just want to comment on the film The Iron Lady. I watched Meryl Streep on Breakfast Television recently and I could hardly believe what I heard. Streep said that Thatcher was a lovely woman who had done a lot of good work. I just thought, Meryl Streep, you ought to visit our area here in South Yorkshire and Derbyshire and see for yourself the scars that remain in our communities, caused by her policies. She ruined our communities. There are many people, not just miners, who lost their jobs and cannot now find work and never will return to employment. The effect of that time is still being felt very deeply. Shops which shut down have never re-opened leaving the younger people and children with no hope for the future. Young people in working class areas like ours have little chance of getting a university education because of the Coalition’s policy of charging high entrance fees.

Betty: Lots of jobs in ex-mining communities are low paid part-time jobs. I know lots of women who have two, sometimes three, part-time jobs going in order to survive, leaving very little time to spend with their families. As far as the 1984 strike is concerned it is dreadfully important that we keep all the memories alive because we have a young generation who are growing up without hope of jobs and further education. We need to demonstrate and keep alive the great history of our trade union movement and even the record of former Labour Government‘s who after the war reformed the social and welfare system in our favour.

Anne: We have got to keep the memory of the strike alive and relevant to what is happening today. The miners’ strike should be taught in schools. It saddens me that we relied so heavily on the coal industry and the miners for the war effort and the post war recovery and then later we were cast aside as longer wanted for economic reasons.
Many kids in school now do not even know what a lump of coal looks like. It should never be forgotten that the miners and the women’s support groups fought to keep the coal industry and those who depended on it for jobs and we went on strike for over a year to save it from Thatcher We went on strike, not for money, but to save our industry and our jobs and when I look around my community now., I have no regrets for fighting for what I believed in

Socialist Appeal: Why do you think the women’s support groups became the force that they did and why were they important to the strike?

Anne: Women’s Support Groups were very important right up to the very end of the strike and beyond. Even the more chauvinistic of the miners recognised their importance. Thatcher got the miners wives totally wrong. She thought that if she starved the miner’s families and cut off benefits that would force the miners back to work. The opposite happened as the wives and partners were forced into getting themselves organised. They saw this as a personal attack on their family and way of life.

Betty: Yes the women’s groups organised food kitchens and food parcels. But then a wonderful thing happened. They began to realise that they had mush more potential than just providing the necessary provisions to sustain themselves. They began to learn new skills, to be able to speak in public as the focus of the strike and its endurance to continue from the media fell upon them. The strike opened up new horizons in further education for working women, including political and social education as they witnessed how the state, through the use of police and armed forces, was used as a powerful weapon against them.

Socialist Appeal: What are your thoughts of the labour and trade union movement, especially the role played by Neil Kinnock the leader of the Labour Party at that time.

Betty: We got great support from the vast majority of the movement especially the rank and file. Solidarity on the picket line and on demonstrations was shown which gave us great encouragement to carry on even when things looked bad.

Anne:As far as Neil Kinnock is concerned I thought he was as bad as Thatcher. I was of the opinion that he wanted the miners to be defeated as much as the Tories did. He never really spoke up in any convincing manner for the strike or the miners and I can recall him leaving a rally platform as my husband Arthur got up to speak at a meeting. He seemed happy for the Tories to destroy the influence of the National Union of Mineworkers even if that meant the emptying out of his own Welsh Valleys of the Welsh miners. He demonstrated his opportunism later by taking highly paid jobs in the European Union along with family members. It’s a wonder that he can sleep at night as he looks around the now empty Welsh Valleys which like Yorkshire and Derbyshire have never really recovered from the miners’ strike.

Socialist Appeal: What are the lessons of the strike for today?

Both: It appears that we have learned nothing from the miners’ strike when we witness Ed Milliband and Ed Balls supporting the Tories in their programme of cuts - their recent statements sickened us both. Following the miners’ strike, Labour completely lost its working class roots through the adoption of New Labour and Blairism and is overly penetrated by careerists and sharp dressed professionals who have no idea of how working class people live and think. The party has gone backwards as a result and there are far fewer Labour MP’s from working class areas being selected as potential MP’s. Unless the Labour Party starts to support its own and offers a real fighting leadership in opposing the coalition there will be further riots on the streets as young people become more isolated.

Socialist Appeal: What are your favourite memories of the strike?

Anne: I was arrested at Silverhill Colliery and chucked into the dog pen of the police station which was covered in dog muck. I was then put into a cell with a bath in it and asked to undress by a young police woman. I asked her ‘what for’ and she said ‘you need to have a bath’ I told her I already had a bath that morning but she insisted I got undressed. I then said to her, ‘I am old enough to be your mother’ and she replied ‘I’m only doing my job’ to which I said ‘that’s what they said in Nazi Germany when they were taking the Jews to be slaughtered’

Betty: I lived in the street leading up to the Wooley Colliery gates which was heavily guarded by police. No one was allowed to walk on the street without being stopped but as I lived there I was determined to walk my dog as normal. As I walked along the street a policeman stopped me and grabbed my arm. The dog then did the same to him. He jumped back and shouted ‘That dog bites’ I replied ‘exactly officer, she is trained just like you!’

Socialist Appeal: Would you have changed anything?

Anne: No never! I would not have missed it for anything and if the strike happened again I would be involved as much as ever. I learned as much in eighteen months as I did in the rest of my life and I made friends across the world and became more assertive and confident about myself and how to deal with people.

Betty: I feel the same. Like many women in the coalfield communities we saw for ourselves how brutal the state can be if you stand against it. Education is the key to our freedom. After the strike I took a study course in Sociology and Social Policy at Sheffield University and attained my degree. Not for a career, but because I knew I could do it although I had never realised that fact before the strike. The miners’ strike changed my life for the better and I know plenty of other women who went on to improve their lives but like me still have our roots firmly in our communities. I also made a great lifelong friend in Anne.