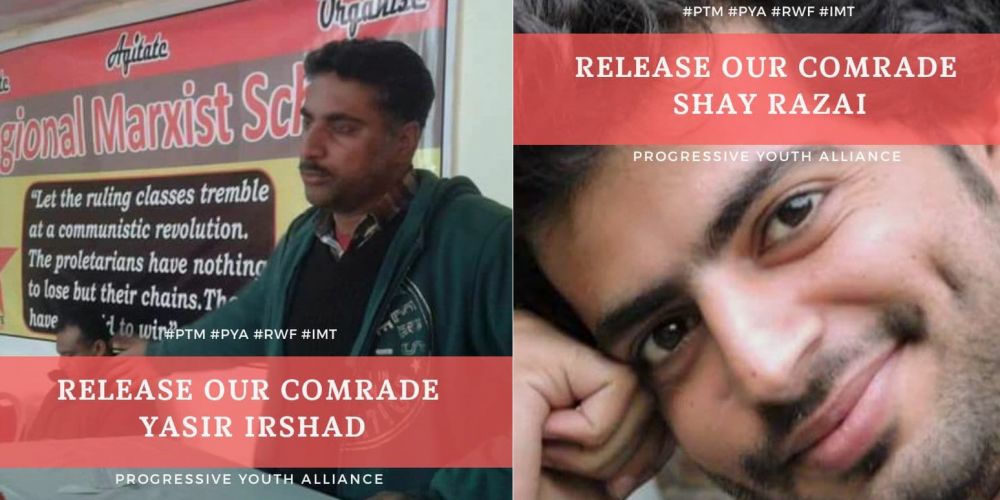 Update 11:34 - we have received reports that these two comrades have now been released. Yesterday in Karachi two more supporters of the Lal Salaam group were abducted by the Rangers. They were protesting peacefully, together with other left activists and groups in front of the Karachi Press Club, against the previous abductions when there was crackdown by the military and four protesters were taken away. Later two of them were released. The two that were not released are Yasir Irshad and Shay Razai, who are presently being held by the Rangers. See this Reuters report, Pakistan group says nine activists missing after backing rights movement for an update. We will provide more information later in the day.