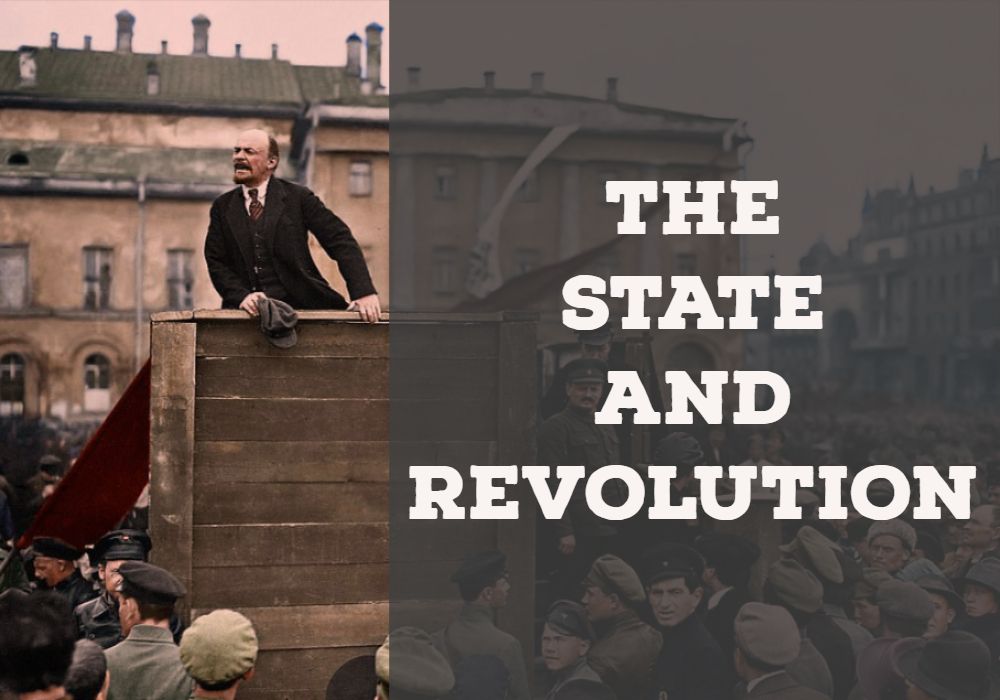 Preface to the First Edition

The question of the state is now acquiring particular importance both in theory and in practical politics. The imperialist war has immensely accelerated and intensified the process of transformation of monopoly capitalism into state-monopoly capitalism. The monstrous oppression of the working people by the state, which is merging more and more with the all-powerful capitalist associations, is becoming increasingly monstrous. The advanced countries - we mean their hinterland - are becoming military convict prisons for the workers.

The unprecedented horrors and miseries of the protracted was are making the people's position unbearable and increasing their anger. The world proletarian revolution is clearly maturing. The question of its relation to the state is acquiring practical importance.

The elements of opportunism that accumulated over the decades of comparatively peaceful development have given rise to the trend of social-chauvinism which dominated the official socialist parties throughout the world. This trend - socialism in words and chauvinism in deeds (Plekhanov, Potresov, Breshkovskaya, Rubanovich, and, in a slightly veiled form, Tsereteli, Chernov and Co. in Russia; Scheidemann. Legien, David and others in Germany; Renaudel, Guesde and Vandervelde in France and Belgium; Hyndman and the Fabians in England, etc., etc.) - is conspicuous for the base, servile adaptation of the "leaders of socialism" to the interests not only of "their" national bourgeoisie, but of "their" state, for the majority of the so-called Great Powers have long been exploiting and enslaving a whole number of small and weak nations. And the imperialist war is a war for the division and redivision of this kind of booty. The struggle to free the working people from the influence of the bourgeoisie in general, and of the imperialist bourgeoisie in particular, is impossible without a struggle against opportunist prejudices concerning the "state".

First of all we examine the theory of Marx and Engels of the state, and dwell in particular detail on those aspects of this theory which are ignored or have been distorted by the opportunists. Then we deal specially with the one who is chiefly responsible for these distortions, Karl Kautsky, the best-known leader of the Second International (1889-1914), which has met with such miserable bankruptcy in the present war. Lastly, we sum up the main results of the experience of the Russian revolutions of 1905 and particularly of 1917. Apparently, the latter is now (early August 1917) completing the first stage of its development; but this revolution as a whole can only be understood as a link in a chain of socialist proletarian revolutions being caused by the imperialist war. The question of the relation of the socialist proletarian revolution to the state, therefore, is acquiring not only practical political importance, but also the significance of a most urgent problem of the day, the problem of explaining to the masses what they will have to do before long to free themselves from capitalist tyranny.

Preface to the Second Edition

The present, second edition is published virtually unaltered, except that section 3 had been added to Chapter II.