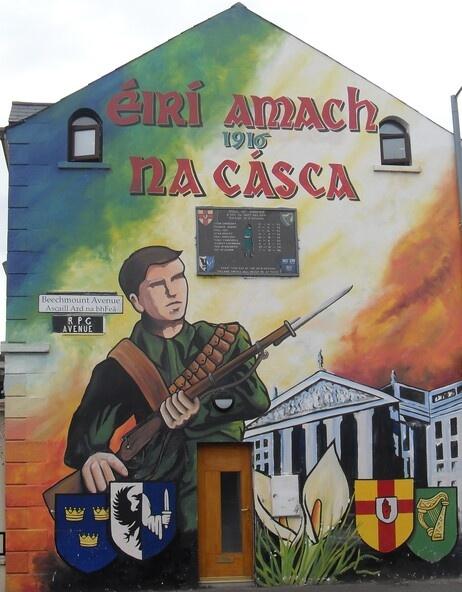 Ireland was Britain's oldest colony. For 400 years, the British capitalists and landlords pillaged Ireland and first perfected their system of divide and rule there, pitting Catholics against Protestants. The nationalist bourgeoisie, weak and dependent on British capitalism, failed to complete the revolutionary task of expelling British imperialism and instead came to a reactionary compromise with the latter, resulting in the partition of the island.

Ever since, the bourgeois and petty-bourgeois nationalists have led the struggle to disaster. This was particularly true after the revolutionary events of 1968-69, when the IRA led the movement into the cul-de-sac of individual terror.

British imperialism had hoped it had solved the problems in Ireland with the sticking plaster of the Good Friday Agreement. The re-emergence of the crisis of capitalism has completely exposed this hope as false to the core. Nothing was solved. Today, the national question is reemerging with renewed force. British imperialism no longer has any interest in maintaining partition, but the sectarian monster that it has created means it cannot rid itself of Northern Ireland either.

As Ireland enters a new turbulent period, it is imperative that Marxists – in Ireland and internationally – study its rich revolutionary history so as to learn its lessons and to avoid old pitfalls.