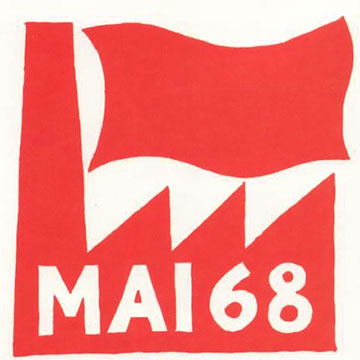 1968 marked a turning point in world history. The relative stability in the West of the postwar period was brought dramatically to an end. Mass movements of the working class and youth shook the regimes in France, the USA, and other advanced capitalist countries. The civil rights movement took off in Ireland, opening the period known as the “Troubles”. And in Britain, the USA, and elsewhere, massive demonstrations and occupations took place against the Vietnam war.

Huge protests and even revolutionary situations opened up in the Stalinist-controlled, deformed workers’ states of Eastern Europe. These included the “Prague Spring” in Czechoslovakia, as well as protest movements in Poland and Yugoslavia. And in the ex-colonial world, a mighty revolution began in Pakistan, while huge struggles unfolded in Vietnam, Mexico, and elsewhere.

Over the preceding years, many so-called “Marxists” had written off the working class as “bourgeoisified”. Some declared class struggle and revolution “outdated”. These ideas were demolished by the powerful working-class movements that erupted worldwide.

A highlight of the year was the May events in Paris. Over the course of the month, a revolutionary situation opened up, beginning with student demonstrations, which escalated to a general strike involving over 10 million workers: the largest ever at the time. Power was in the hands of the workers. Even the president had fled the country. Ultimately though, the movement was betrayed by the leadership of the Communist Party, which played a scandalous role.

The events of 1968 were the opening of a period of intense class struggle and revolution that would shake the world into the 1970s. With capitalism again in deep crisis, revolutionary situations are being prepared in all countries. We must therefore study the lessons of the events of 1968, to prepare us for the turbulent events of the future.