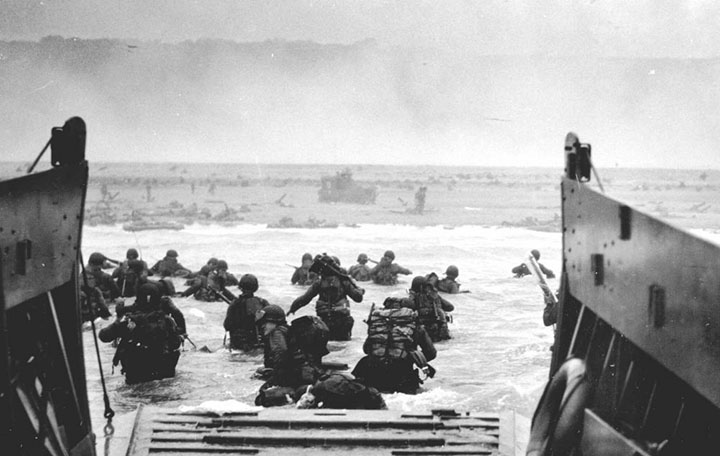 The Second World War was, in the final analysis, a titanic struggle between Hitler’s Germany and Stalin’s USSR. The truth is that the British and Americans were little more than spectators for most of the war, notwithstanding the enormous sacrifices made by working-class soldiers from these countries to fight fascism.

The cynical calculations of the British and US imperialists led them to hope that Hitler would defeat the USSR, and that in the process Germany would become so enfeebled that it would be possible to finish them both off. To the horror of the imperialists, the USSR inflicted a shattering defeat on the Nazis.

This was despite the criminal policies of Stalin, which nearly collapsed the USSR at the start of the war. It was thanks to the power of a nationalised planned economy that the USSR was able to out-produce and outgun the Nazis.

The intrigues and friction between the imperialist interests of Britain and the USA allowed the war to drag on even longer. The deaths of millions of Soviets on the eastern front were of no real concern to Churchill and Roosevelt. After months of dragging their feet, these powers only threw themselves into the war when they began to fear that communists would take power the length and breadth of the European continent. It was the fear of communism more than fascism that moved the imperialists to decisive action.

The Second World War illustrates the role of imperialism and the power of a planned economy, among other things. This is why it is important for Marxists to study it.