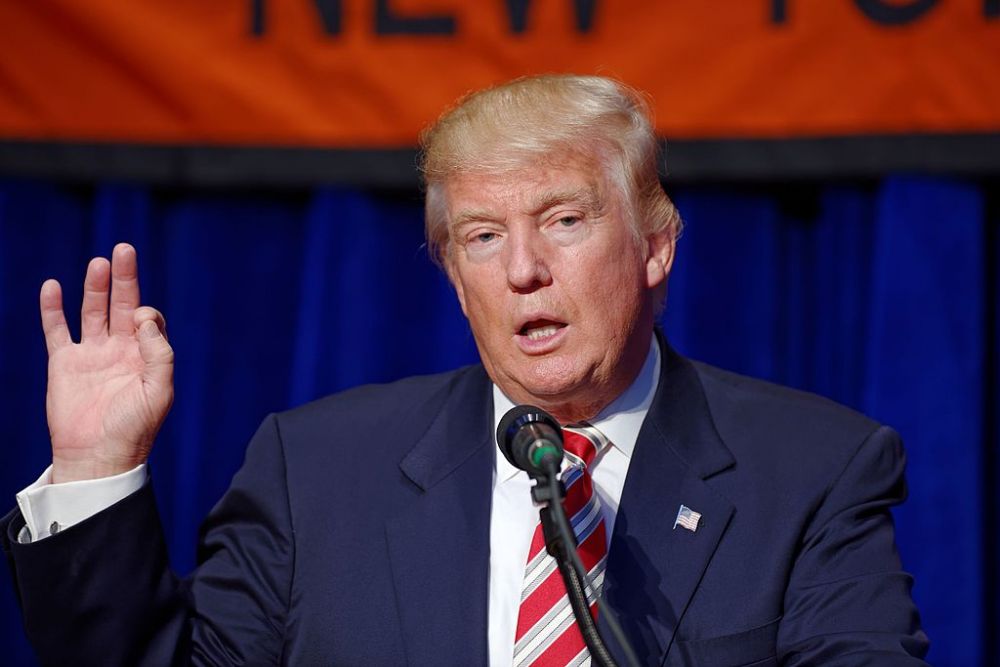 Stock markets have experienced a roller-coaster ride over the past two months, as Trump’s erratic trade policy has brought the world economy to the brink of recession. In the latest move, Trump yet again partially postponed the introduction of new tariffs, which he announced two weeks ago. This temporary reprieve will do little to solve the conflict.

The thaw in US-Chinese relations in June turned out to be very temporary. Stock markets fell and economic indicators are pointing downwards as tensions escalated between the two countries during the first two weeks of August.

After failing to extract significant concessions from the Chinese negotiators, Trump slapped an additional set of tariffs on imports from China on 1 August. A 10 percent tariff would be introduced on an additional $300bn worth of Chinese exports. It would have meant that practically all Chinese goods now face a minimum of 10 percent tariffs. Trump was all bluster and claimed to want to “tax the hell out of China” until such a time as they reach a deal.

Beijing retaliated by suspending government agricultural imports from the US, dealing another blow to US farmers, in particular soybean farmers, who have been badly hit by Chinese retaliation. The Chinese central bank also devalued the currency, thus mitigating the impact of the new tariffs, at the risk of stoking inflation and capital flight at home.

Whatever Trump’s latest move, the conflict is gradually escalating. The Wall Street Journal and its panel of economists now consider it to have reached the point where it should be labelled a “trade war”, because of the severity of disagreement. A deal seems far away, as both the Chinese and the US government are preparing for a drawn-out conflict. The US is hoping to inflict sufficient damage on the Chinese economy to force them to the negotiating table, and the Chinese appear to be hoping for a new president in the US after the elections next year.

Neither Trump nor Xi can afford to appear weak at this moment, as they face serious political challenges at home, and, as we have explained a year ago, the ruling classes of the two countries are on a collision course:

“Some kind of agreement is not excluded in the short run. Apparently, President Trump is hoping to discuss with President Xi in November at the G20 summit. This agreement would have a temporary character. The conflict between China and the US will only intensify over the coming period, particularly when the next recession comes.”

A formal agreement now seems unlikely, but both sides fear the economic consequences of further conflict. This is what once again caused Trump to blink. He was clearly worried about the impact on US consumers resulting from his latest tariff proposals in the lead-up to Christmas, as well as the impact on the economy as a whole. A drastic cut in purchasing power would not bode well for his re-election next year. The Chinese, for their part, seem to be attempting to avoid, as far as possible, any escalation, whilst at the same time not making any significant concessions in the negotiations.

Stock markets, which were hoping that the G20 summit in June would be followed by an agreement, fell rapidly. The S&P, the Nasdaq and the Dow Jones are all down around 5 percent since their July peak. Their fall was only limited by the expectation that central banks will move to further monetary easing. Economists are expecting another rate cut by the Federal Reserve in September, and the data suggest markets expect one will come by the end of the year, with 100 percent certainty. 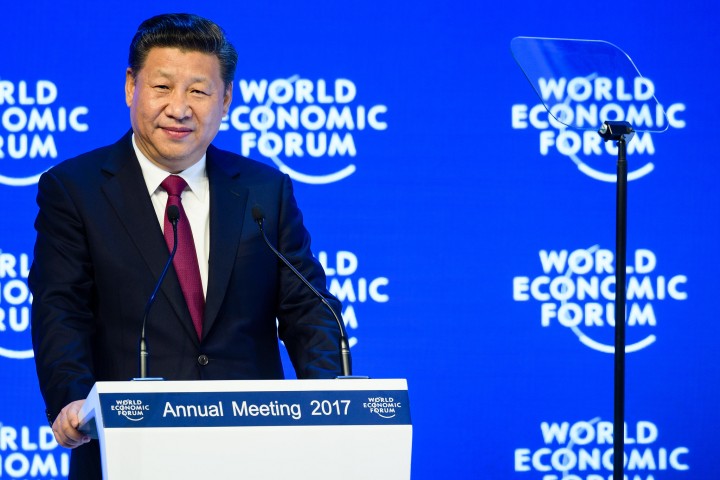 The Wall Street Journal now considers the conflict between China and the USA to have reached the point where it should be labelled a “trade war”, one with serious consequences for the world economy / Image: Flickr, WEC

The inverted yield curve, which indicates an impending recession, is now at its lowest level since 2007, the year before the last serious recession.

In China, the economic data is worsening. Figures released on Tuesday show that unemployment is rising in the urban centres. The figure, 5.3 percent, is low by European standards, but it is worrying for a country that has depended on migration to the cities to alleviate poverty in the countryside. Growth has fallen to 6.2 percent, which is the lowest rate of growth since 1992. The rate of increase in retail sales and industrial production is also falling. The figure for industrial production was only 4.8 percent higher in July compared to the year before. For June, the figure was 6.3 percent.

It’s not just the Chinese and the US economies that are affected. The uncertainty generated by the trade war is causing a fall in investment, which has caused the German economy to contract in the second quarter of this year. In general, uncertainty over trade conditions and international relations is souring cross-border investments. Companies are investing less and they are much less likely to invest abroad. This seriously undermines the capitalist economy.

Whatever the bluster of the two governments, it is clear that the conflict is causing economic strain.

It’s not just the US and China who are at loggerheads over trade. It’s gradually dawning on the bourgeois that the period of globalisation has come to an end. In an article on Wednesday, Greg Ip, Chief Economics Commentator of the Wall Street Journal, pointed this out in a rather downbeat column:

“Globalization has suffered temporary setbacks in past decades. This time feels different. The U.S., which led in creating global institutions such as the World Trade Organization, now leads in crippling them.” (‘As Global Order Crumbles, Risks of Recession Grow’, Wall Street Journal, 14 August) 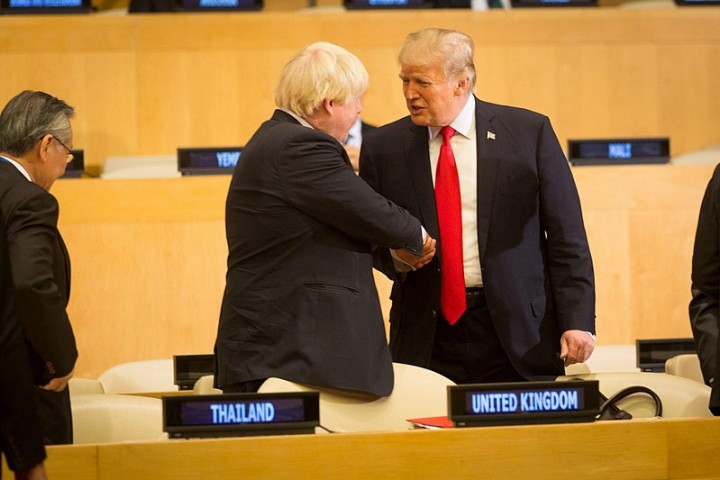 Rather than attempting to ease tensions between allies, Trump is fanning conflict, for example by cheerleading Brexit / Image: Flickr, White House

Rather than attempting to ease tensions between allies, Trump is fanning conflict, for example by cheerleading Brexit.

Two close US allies, South Korea and Japan, are causing ripples with a conflict of their own. Tensions between the two countries are escalating as a result of a court case in South Korea, where Japanese companies are being sued for damages because of atrocities committed during the Japanese occupation of Korea.

The conflict has now led to both countries removing favoured trading partner status from each other. This threatens to disrupt supply chains for companies on both sides with delays to import of key components. Although not as serious as the China-US trade war, this causes further strain on the economy of the region.

The whole Brexit saga is another source of instability. Boris Johnson’s attempts to prepare for no deal are referred to by one FT columnist as buying a fire blanket before setting oneself alight. The disruption that Brexit is likely to cause will have serious consequences for the European economy, already on the brink of recession.

“Layered on top are geopolitical tensions and political discourse in the UK and elsewhere that stand in the way of coherent economic policies. Rising protectionism means past US-led co-ordinated policy action to restore global economic order will not be repeated. Central banks will have no option but to come to the rescue. One quarter of the world’s entire bond stock is already in negative territory. More will follow. In the absence of a sturdy anchor, a very bumpy ride lies ahead.”

The period of relative free trade and relatively harmonious international relations is over. As class conflict rises, the bourgeoisie is increasingly attempting to export their social problems. Or, at least one wing of the bourgeois is. The other wing is desperately attempting to cling on to the old world order, for fear of the consequences. The move to protectionism will intensify the economic contradictions, and the class struggle. Yet, under the pressure of the crisis, maintaining the status quo is impossible.