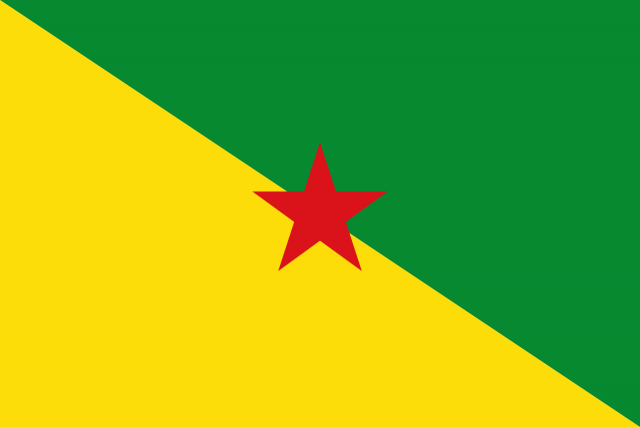 French Guyana has recently seen the largest mobilization in the history of the country. Last Saturday, 37 unions organized in the Union of Guyanese Workers (UTG), decided to call for an unlimited general strike starting on Monday, March 27th. The general strike involved almost all of the workers from the various industries.

[This article was first published  in the French Marxist journal Révolution]

The movement began on Monday, March 20th with the energy workers. Workers at Endel (a subsidiary of Engie, the French multinational electricity company) blocked the entrance to the Kourou space centre and demanded increased salaries. This was the spark that spread the strike to other sectors of the economy: workers at EDF (Electricity of France), some agricultural workers and the workers at the medical-surgical centre of Kourou.

Trade union collectives erected roadblocks at the entrances to several cities. The Port of Cayanne, the prefecture of the local authority was also blocked. Individuals also erected barricades spontaneously and these were added to those already erected by the trade union collectives. The country has been completely paralyzed since Monday.

[This article was first brought in the French Marxist journal Révolution]

This movement did not come out of nowhere. It has its roots in a catastrophic social and economic situation. In Guyana, the unemployment rate is over 22% for the general population and over 40% among the youth. The average income is just 1,400 euros. Nearly half of the Guyanese population lives on less than 500 euros per month, while prices for many basic necessities are higher than in metropolitan France. 15% of the population does not have access to drinking water. 44% of children dropout of school at the primary level.

The French State has never really cared about the Guyanese. Faced with this social and economic emergency, the international delegation sent by the Prime Minister just before the strike on Sunday, March 19th, had only a patch-up job to offer: 60 million euros for the hospital and reinforcements of 25 police officers and 23 gendarmes. This is all that the government had to offer, even though François Hollande in 2013 promised “A pact for the future of Guyana,” which has yet to be signed.

Squeezed by the powerful general strike, the government decided to send the new minister of the interior, Matthias Fekl (a supporter of Hamon) and the inconsistent overseas minister, Erika Bareigts in order to “calm the situation” and try to find “ten or fifteen year” solutions while giving 20 million euros to the Cayenne hospital. But promises and charity are not enough as was seen with the declaration of the spokesperson of the movement that was released after the first meeting with the ministers on Thursday, March 30th: “They must give us the infrastructure that all French departments have!”

The attitude of the government reveals the cynicism of the French State which is only interested in Guyana for its geographical position and the business of the “Ariane” rockets. It is not by chance that the revolt in Guyana broke out in the middle of the presidential campaign. The government is weak and President Holland is so discredited that he has even renounced being a candidate in the presidential election. His ministers, in a lamentably sad fashion, jump ship and join Macron in attempt to save their hides.

Anger is expressing openly in Guyana, but it also exists deep in French society and is simply searching for a way to express itself externally. The Guyanese general strike shows us the way out of the status quo because it testifies to the power of the working class when it is mobilized. The strike has an obvious revolutionary character, even if it is limited for the time being to a department with fewer than 300,000 inhabitants. The strike shows the future of France, where the anger is just as widespread.

We are all Guyanese!