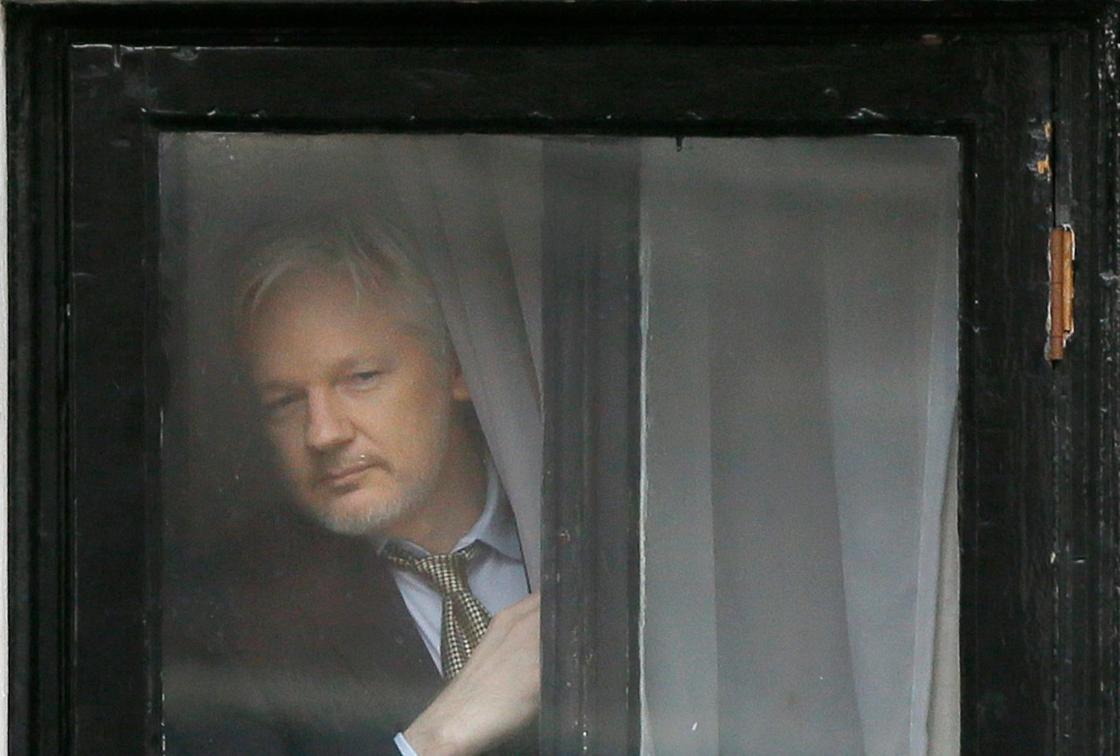 Senior officials within the CIA and the Trump administration plotted to kidnap, and even assassinate, Julian Assange: whistle-blower and founder of WikiLeaks, as revealed by a shocking report in Yahoo News, published last Sunday.

The article reveals a plan to pluck Assange from the embassy of Ecuador in London, where he had been stuck since 2012, in order to bring him to “justice” in the US. According to a former intelligence official the plan was to “break into the embassy, drag [Assange] out and bring him to where we want.”

But the schemes did not stop at merely abducting the Australian journalist from a sovereign country's embassy in the capital of their long-time ally. There were also plans on outright murdering Assange, three former officials confirmed.

None other than the US president himself had inquired at a meeting in the spring of 2017 about the possibility of having Assange assassinated by the CIA, and for them to provide him “options” for how they would go about it. This was not just “Trump being Trump” either, “sketches” of such plans against Assange and other WikiLeaks members were requested and received by high-ranking officials of the organisation around the same time.

So what had Julian Assange done that warranted this conspiracy against him? In march 2017 WikiLeaks, started to publish a collection of files and documents known as “Vault 7”. 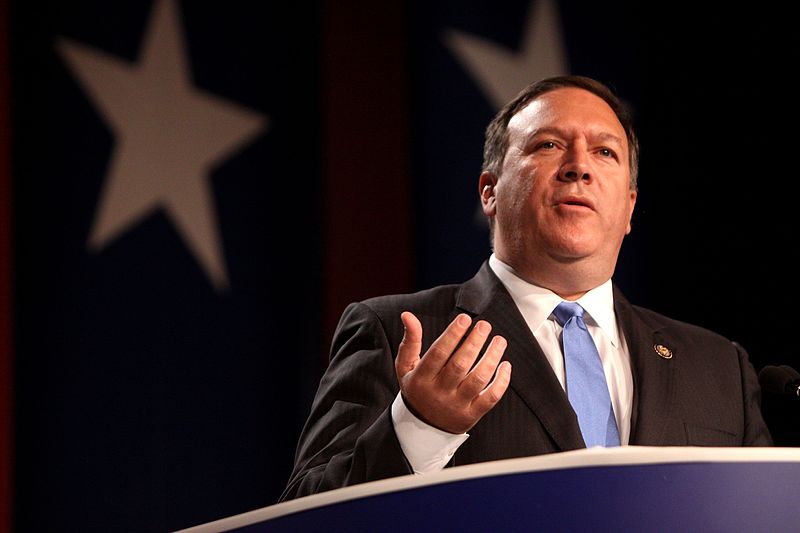 The WikiLeaks revelations were a great source of humiliation and embarrassment for the CIA and its officers, not least to its newly appointed director Mike Pompeo, who declared war on Assange and WikiLeaks / Image: Gage Skidmore

The collection included source code and documents relating to viruses and hacking tools used by the CIA and other agencies, later described by the organisation as “the largest data loss in CIA history.”

These leaks revealed to which extent consumer software, operating systems and devices were compromised by the CIA and allied intelligence services, leaving innocent people open to intrusions and attacks, not only by the agency itself but also other malicious agents who could abuse the same backdoors and vulnerabilities.

The revelations were also a great source of humiliation and embarrassment for the agency and its officers, not least to its newly appointed director Mike Pompeo, who out of fear initially wanted to keep the leak a secret from Trump. For him, it became a question of a personal vendetta against the WikiLeaks founder Julian Assange. A former official of the Trump administration said that “WikiLeaks was a complete obsession of Pompeo's.”

In his endeavour for vengeance, Pompeo had the journalist group classified as a “non-state hostile intelligence service”. This means that agents of the CIA could now treat WikiLeaks like they would an antagonistic intelligence bureau. This is an extreme measure to take against what amounts to a group of activists, not a threat to national security.

The only threat posed by the group is to the secrecy surrounding the crimes of the state and the ruling class they represent!

In following months, surveillance efforts around Assange and other persons in connection with WikiLeaks were redoubled. But the new designation not only warranted increased surveillance of the group, but also disruptive actions like breaking into the homes of members and stealing or destroying devices and hard drives.

In addition to allowing a more aggressive approach, the actions against members of the group would now be considered “offensive counterintelligence”. Normally, whenever the CIA plans to take action against a foreign actor, they would require a signed document by the President, also known as a “finding”.

This would need to be briefed to the security committees of the House and the Senate. But under this new categorisation they could take action without any of the regular “checks and balances”, and without prior knowledge of any elected representative.

While the plans to abduct or assassinate Julian did not come to fruition, the sanctity of the Ecuadorian embassy would still not be left unviolated.

In the summer of 2017, the Spanish company UC Global, whose services had been employed since 2015 by the embassy, was compromised. Two former employees testified in Spanish courts that the security company provided US intelligence services with detailed reports of Assange's activities and visitors, as well as audio and video feeds from hidden devices installed by the company.

But not only were the company complicit in the surveillance of Assange, director and founder David Morales even discussed plans to “accidentally” leave the embassy door open so that people could enter the building and kidnap, or even poison Assange, according to one former employee.

International law apparently doesn’t apply to the US. An embassy is supposed to be the inviolable territory of another country. But the imperialists colluded with the boss of a foreign company, to carry out illegal surveillance and even break into the embassy with the intention to murder a foreign national!

This simply demonstrates the extent to which the ruling class will tear up all their own ‘rules’ in order to preserve their interests.

However, in late 2017, the plans to kidnap or kill Assange were halted, as intelligence reports indicated that there were plans by Kremlin agents to sneak Assange out of London to Moscow. New plans had to be drawn up in order to stop any such attempt.

The scenarios the agency prepared for would not be out of place in any run-of-the-mill spy action film. The scenarios included exchanges of gunfire with Russian agents on the streets of central London, and having a car crash into a Russian diplomatic vehicle in order to stop and then grab Assange from it.

It is of scant consolation to any bystanders caught in the potential crossfire that British agents agreed that they would be the ones doing the shooting on the behalf of the Americans, if it would come to that.

In the event that Assange managed to board a plane, there were multiple ideas for attempts at stopping it from taking off, one which involved shooting out its tires!

This is “something we'd do in Afghanistan, but not in the UK'' says a former official to the Yahoo News investigation. Another revealing comment to the same investigation reads: “This isn’t Pakistan or Egypt — we’re talking about London.”

This underlines the callousness of the CIA, which has absolutely no regard for the sovereignty of other countries' governments, nor the potential collateral damage created by their actions. Their only concern is the fallout these actions would have if carried out in the UK, as opposed to a country like Afghanistan, where they certainly haven’t had any reservations about using such brutal methods in the past.

While the campaign against WikiLeaks and Assange took on a different character under the Trump administration, and with Pompeo as director of the CIA, it did not start with them.

It was under the Obama administration in 2013 that the “WikiLeaks team” were assembled by the CIA, as a consequence of WikiLeaks helping Edward Snowden escape to Russia, having committed the “crime” of exposing the US government illegally spying on its own citizens. 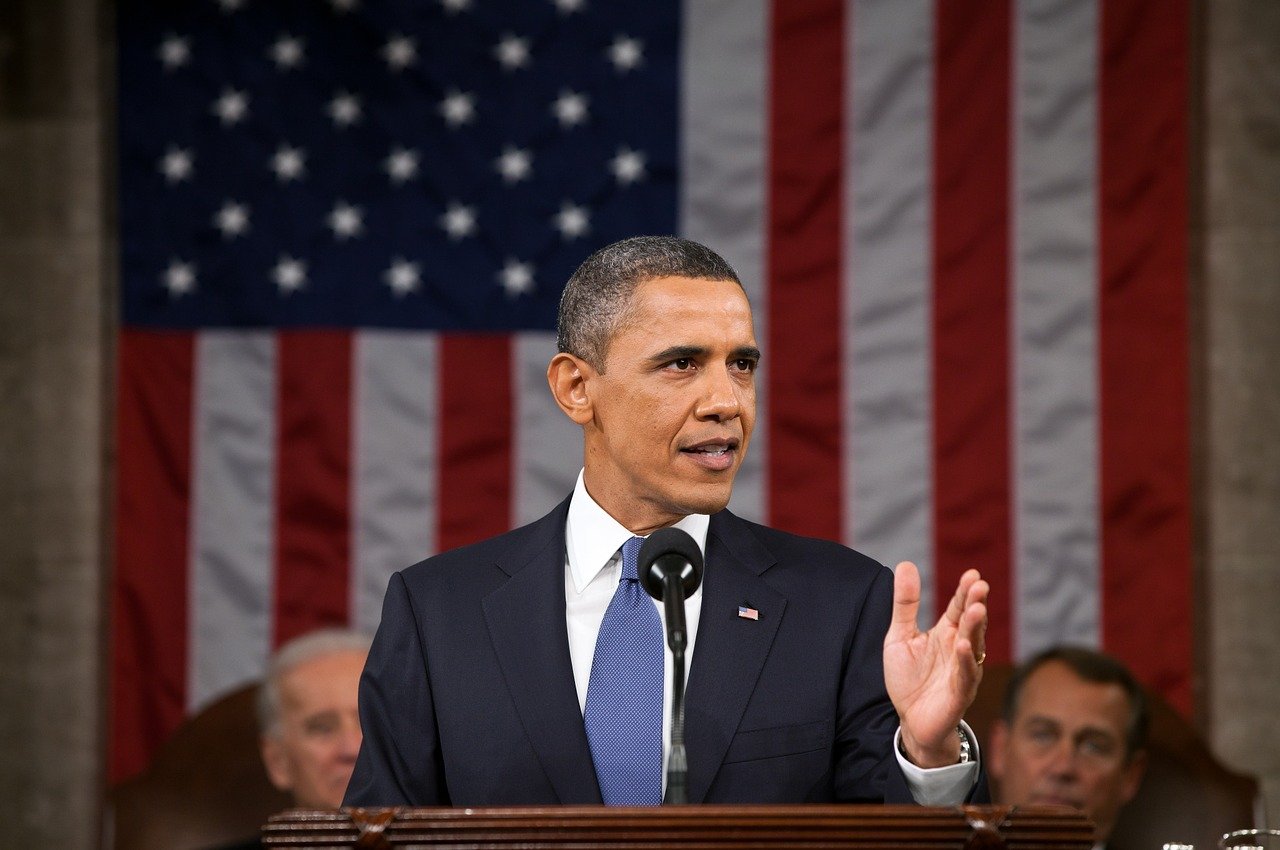 The persecution of Assange and WikiLeaks began under the Obama administration / Image: Pixabay

Similarly to how the group received a new designation in 2017 in order to justify extreme measures against them, top intelligence officials tried to define the group, along with other journalists, as “information brokers” instead of journalists, which would have allowed even further increased surveillance.

The final nail in the coffin was when WikiLeaks published leaked Democratic Party emails in 2016. After that, there was “zero debate” about increasing surveillance against the group, according to a former official. Anyone affiliated to the group could now be spied upon without hesitation.

But the different approach of the Obama administration is not a question of principle. The administration had no qualms about continuing imperialist wars in the Middle East, leading to the loss of countless innocent lives; nor their continuing support of the Saudi monarchy, known for imprisoning and killing journalists as they wish.

When John Eisenberg, lawyer of the US National Security Council found out about the plans to kidnap Assange, his response was a cynical attempt to speed up drafting the charges against him.

Eisenberg worried that Assange would be “renditioned” before the indictment was ready, making it difficult to legally justify the abduction in the first place and generally complicating the prosecution.

This makes two things very clear. Firstly, the plot to kidnap the whistle-blower was taken seriously in multiple departments of the US authorities. Secondly, the real job of the scores of lawyers employed by the US government is not to worry about the legality of this or that action, but to justify them, preferably (but not necessarily) before they are committed.

Regardless of the reasoning being the indictment presented by the lawyers of US imperialism, the motive for Assange’s prosecution is obviously political.

And while the lawyers tried to work out the “legalities”, Assange was under the protection of Ecuador as a subject of political asylum. This is a right enshrined in international law and, at least on paper, recognised by US law. But the corrupt right-wing government of Moreno, facing difficulties at home, decided to sell out Assange for a pretty penny.

A backroom deal was struck, where the US promised the Ecuadorian president Lenín Moreno debt relief in exchange for him evicting Assange from the embassy. On 11 April 2019 the Metropolitan Police were invited into the embassy and dragged Assange out. The Moreno government sold its soul and did the bidding of US imperialism, reneging on its commitments to protecting Assange.

Since then, Assange has been imprisoned at the Belmarsh maximum-security prison in London. Although the request from the US to extradite him on charges of publishing classified documents and attempting to help Chelsea Manning hack a classified network was denied, the British courts have not stopped US imperialism from enacting its bloodthirsty revenge.

At the time of writing, Assange awaits the US authorities’ appeal to the court’s decision, and has been deprived of his freedom for more than nine years: seven confined to the Ecuadorian embassy, followed by two years of solitary confinement in a maximum-security prison.

Ever the faithful lapdog of US imperialism, the government of the UK was complicit in the plots against Assange: their only concern was with the public outcry and political implications had the plans been carried out. Ultimately, they were ready to collaborate.

Michelle Stanistreet, the general secretary of the National Union of Journalists said in a statement published on their website:

“The suggestion that US security services even considered kidnapping and murder on the streets of a trusted ally is chilling. That such acts might have been contemplated as a reaction to an individual who had simply published inconvenient truths is all the more troubling.”

“Furthermore, it is clear that when the US appeal against the dismissal of its extradition application in respect of Assange is heard in October, it should be dismissed out of hand and its subject released at once.”

Assange’s “crime", and that of other whistleblowers like Chelsea Manning, for which they are being so brutally mistreated, is exposing the crimes of the ruling class and their stooges.

Millions of workers and youth around the globe are questioning the legitimacy of the current system, and leaks such as those produced by WikiLeaks certainly play a role in that.

Clearly, the bourgeois only care about basic democratic rights such as freedom of speech when they serve their needs. As soon as these rights are used against them to reveal their rottenness, concepts such as “due process” and “journalistic freedom” fly out the window.

As Marxists, we continue to take a stand against the unjust persecution of Julian Assange!