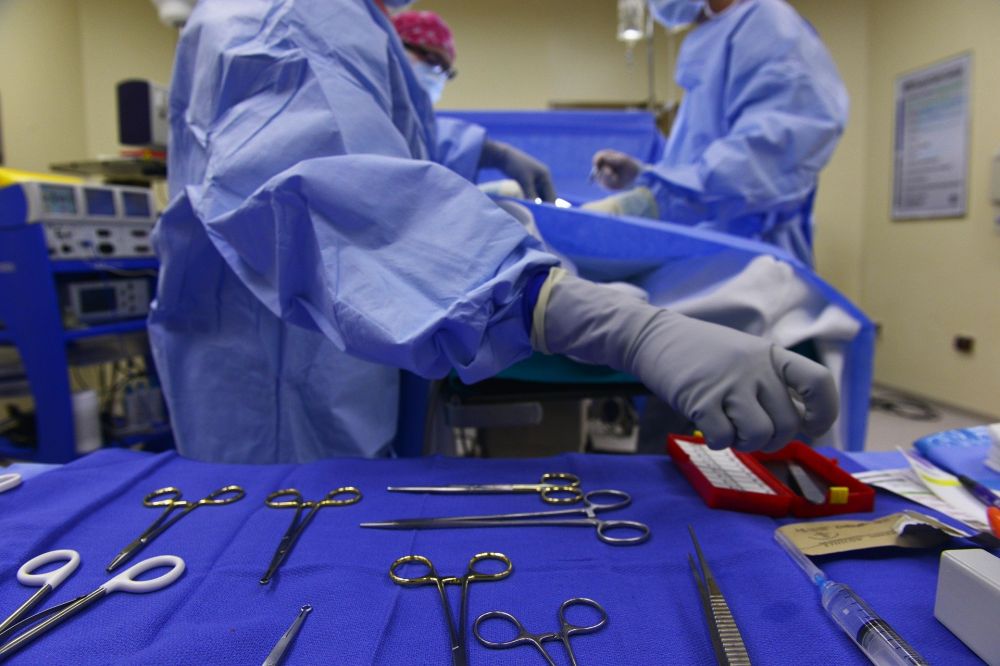 Last week, revelations from a nurse employed at an immigrant jail regarding the forced sterilization of women in US federal custody spread like wildfire. The nurse-turned-whistleblower revealed that immigrant women were receiving hysterectomies and other gynecological procedures without the proper informed consent, while imprisoned in a privately run Immigration and Customs Enforcement (ICE) jail.

The revelation is yet another example of the racist and misogynistic attacks on working-class women and immigrants and the terrifying horrors of the capitalist system. This is a graphic example of what Marxists mean when we say that the choice confronting humanity is either “socialism or barbarism.”

The nurse, Dawn Wooten—who happens to be a black, working-class, single mother of five—revealed that while in the custody of ICE, immigrant women were sent to a gynecologist near the Irwin County Detention Center, an ICE jail in Georgia owned by the private prison company LaSalle Corrections. According to her disclosures, the gynecologist would perform full or partial hysterectomies and other medically unnecessary gynecological procedures on the immigrant women, without proper translation or a full explanation of what was happening to their bodies. Wooten called the gynecologist the “uterus collector.” 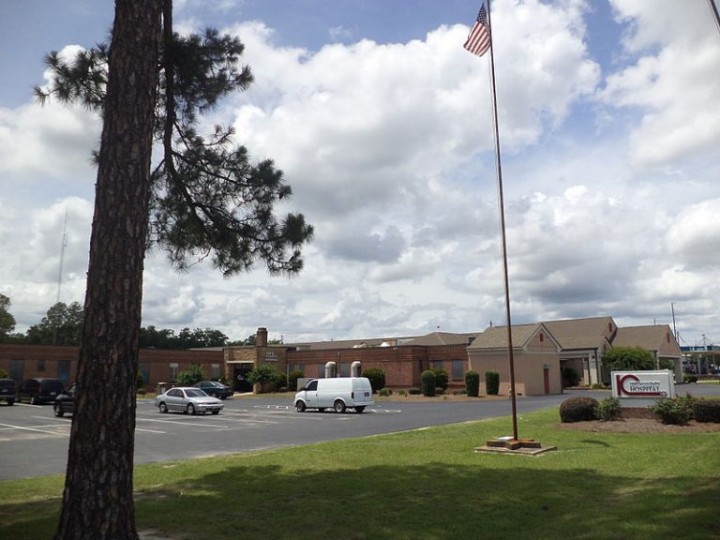 After the news began to spread, several immigration attorneys revealed they were able to track 17 or 18 of their clients who had been subject to these operations. However, due to the nature of immigration detention in the US, it is probable that many more women were subject to these procedures, considering that many immigrants do not have legal representation in their asylum or deportation cases.

The whistleblower nurse also revealed a pattern at the facility of blatant negligence and disregard for the health of immigrants amid the pandemic. In interviews with journalists at The Intercept and in a complaint filed to the US Congress, she revealed that staff routinely refused to test immigrants symptomatic of COVID-19, shredded evidence, and neglected to protect the immigrants and workers from COVID-19 at the facility.

ICE and the private prison companies it contracts have, time and time ;again, continued to demonstrate a clear lack of care in its facilities. It is not shocking that ICE would carry out the uninformed and unnecessary sterilization of immigrant women while neglecting to refill inhaler prescriptions, provide life-saving surgery, and provide COVID-19 protections, all while beating and brutalizing migrants within the walls of its secretive prisons.

The hysterectomies and cutting corners on COVID-19 precautions are symbolic of the for-profit immigration detention system in the US. Immigrant jails, peppered throughout the country, are often run by private companies, with taxpayers footing the profit-inflated bill to incarcerate asylum seekers and working-class immigrants in the midst of deportation proceedings. As nurse Wooten explained, immigrants in detention are “seen as a dollar sign. Their heads are counted not as humans but as dollars.”

To add to the horror, many of these jails are based in rural communities in the South, in states like Louisiana and Georgia, where working-class people have little option than to work for these massive facilities. The 2008 crisis struck these areas particularly hard, and in many counties, virtually the only employment options are the privately run jails and prisons for low wages. 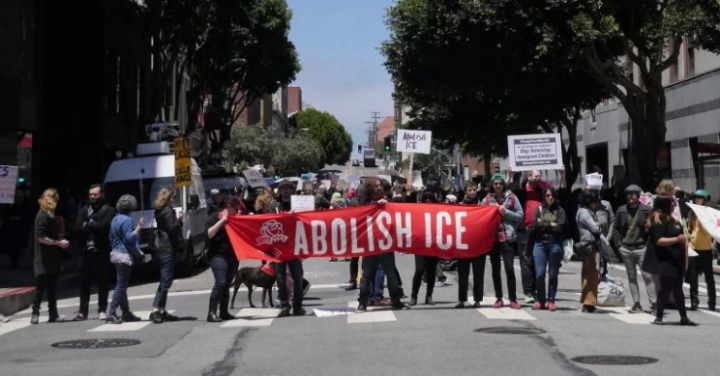 As the whistleblower explained, immigrants in detention are “seen as a dollar sign. Their heads are counted not as humans but as dollars” / Image: Carwil Bjork James

While many have compared the allegations of forced hysterectomies to Nazi Germany, we need not look further than the US for comparison. The “land of the free” has a long and sordid history of forced sterilizations imposed by the state. In the 19th century, J. Marion Sims—the man called the “father of modern gynecology”—conducted gynecological experiments on enslaved black women without anesthesia. In the 20th century, up until the 1970s, the state of North Carolina carried out more than 7,600 sterilizations on women, the vast majority of them black. And the Asexualization Act of 1909, which led to 20,000 people being sterilized in the state of California alone was a direct inspiration to Nazi eugenicists. As recently as the last decade, at least 148 women incarcerated in California were sterilized by the state between 2006 and 2010.

Due to the nature of the capitalist state, the person who will be most demonized for these revelations is the whistleblower—not ICE or the CEO of LaSalle Corrections and the other private prison companies that reap colossal profits from the incarceration and sterilization of migrants. It is little comfort that the Department of Homeland Security’s Office of Inspector General and Congress have launched an investigation. But ultimately, the wrongdoers may only get a slap on the wrist for the abuses.

Unsurprisingly, the Biden campaign and other Democrats seized on the reports in the most opportunistic way, as another angle of attack against the Trump Administration in the lead-up to the November elections. But as Marxists, we understand that the indignant outrage of bourgeois politicians is merely a case of crocodile tears—there is a reason immigrant activists called Obama the “Deporter in Chief.” 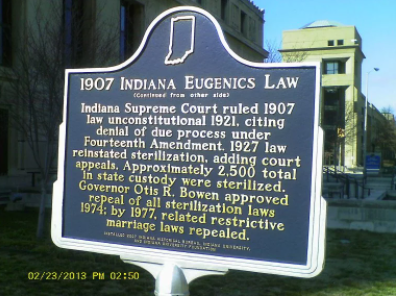 The “land of the free” has a long and sordid history of forced sterilizations imposed by the state / Image: Gbauer8946

The reality is that even under a Biden presidency, the situation will not meaningfully improve. The immigration detention system and callous treatment of immigrants in federal custody is not new to Trump. Whether the liberal apologists of capitalism want to admit it or not, the infrastructure to carry out these appalling acts was in place since Obama, and even prior.

In fact, some of the most monstrous attacks on immigrants were carried out during the Clinton Administration, leading to an unknown number of dead immigrants in the deserts of the Southwest. And although ICE and its parent agency—the Department of Homeland Security—were established under the Bush Administration after September 11, the Obama Administration only emboldened and strengthened its attacks on undocumented immigrants.

Donald Trump and co. merely seized the ready-made apparatus—they did not reinvent the wheel. Although some may have illusions that Biden will improve the situation for undocumented immigrants, when it comes to placing children in cages and brutalizing undocumented immigrants and asylum seekers, Biden has “been there, done that.” 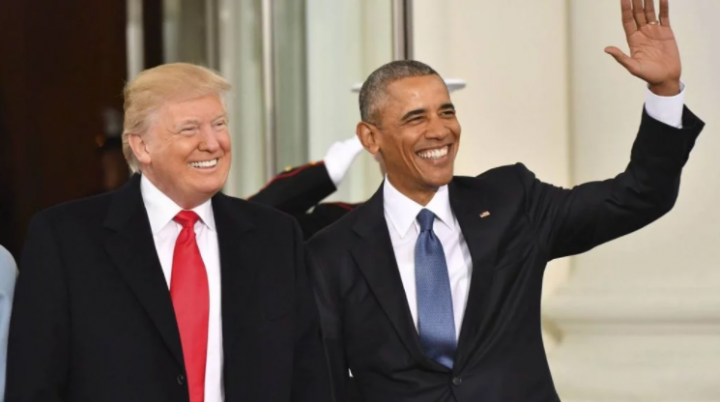 There is a reason immigrant activists called Obama the "Deporter in Chief" / Image: public domain

And this may all be only the tip of the iceberg when it comes to the inhuman brutalities being carried out in these secretive jails. With tens of thousands detained in these facilities, many of the abuses taking place may never see the light of day.

The long history of forced sterilizations of black and brown women, and its continued practice, are horrific reminders of the racist brutality that is hardwired into the capitalist system. As Marxists, we view any attack on working-class immigrant women as an attack on the working class as a whole. We reject the idea that the broader working class should be mere “allies” to our immigrant sisters and brothers. The entire working class must stand shoulder to shoulder in the fight against these abuses. An injury to one is an injury to all!

As for the labor leaders, who represent millions of workers in key sectors of the economy, they must cast aside their narrow interests and cowardice and stand at the forefront of the fight against these attacks on our class, not merely in words, but in deeds.

The entire working class must stand shoulder to shoulder in the fight against these abuses / Image: public domain

Ultimately, the only way to end this living nightmare is by fighting against the capitalist system as a whole. The vast majority of people held by ICE custody are working-class immigrants and asylum seekers. The class lines are clear, and the fightback needs to be carried out on a class basis.

But to fight the capitalist system, we must be organized. We need a revolutionary organization, with a clear program, that can help lead the working class to power. It is only with a large and disciplined organization, with deep roots in the working class and a firm theoretical foundation, that we can end these sickening abuses and the system that gives rise to them.