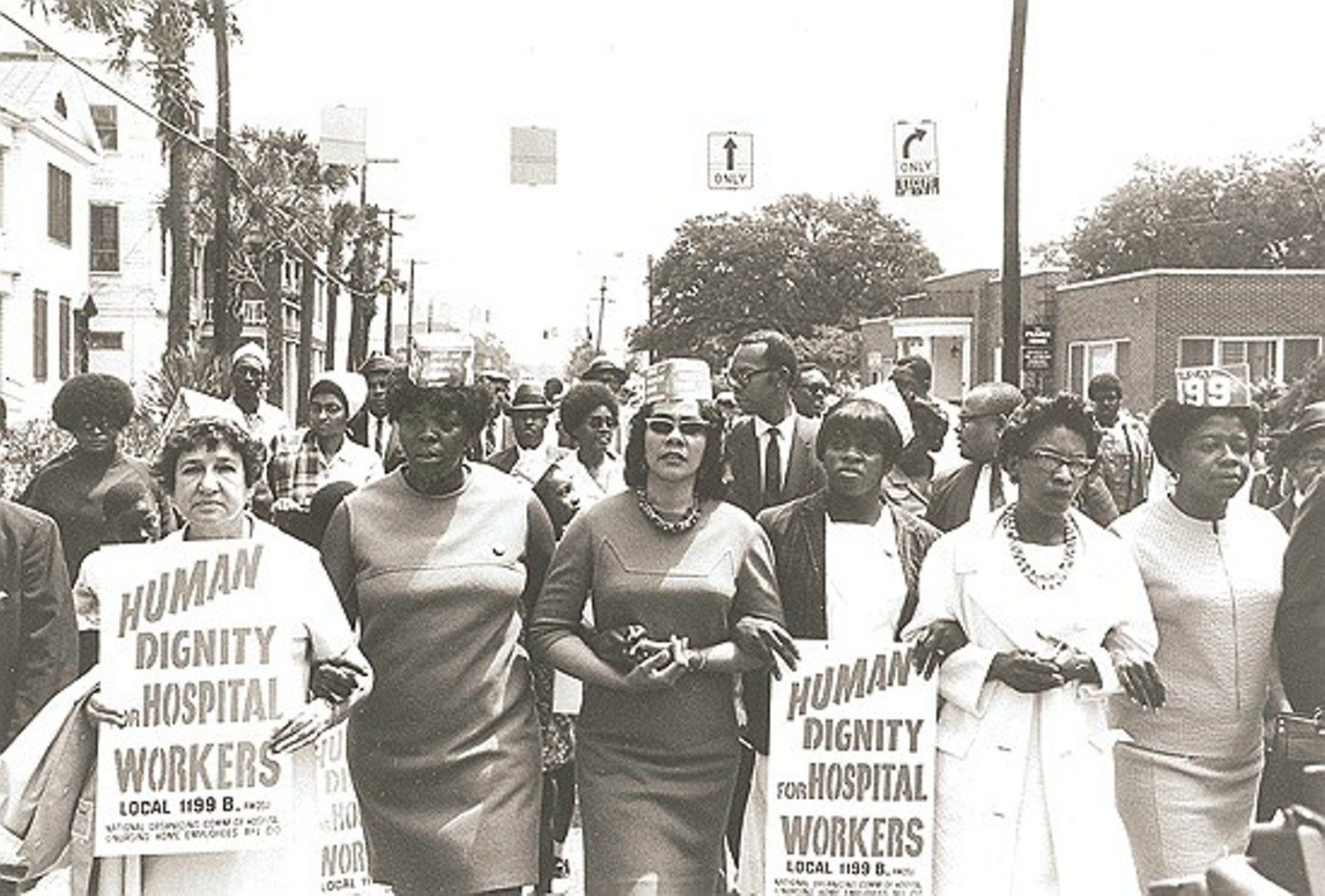 The US is a country with a rich history of class struggle, which is not well known by most due to conscious efforts by the ruling class to bury the traditions of the labor movement. It is important for socialists in this country to study the history and lessons of the past in order to learn and prepare for events in the future. The following article was written before the coronavirus pandemic broke out, but it is even more relevant now in light of the unprecedented wave of wildcat strikes and labor unrest among frontline workers across the country.

As socialists in the USA, we are often confronted with the idea of “American exceptionalism.” This is the assertion that the US is unique from the rest of the world and lacks what is needed to achieve socialism. With the rise in labor strikes around the USA, however, it is clear that the working class is a force to be reckoned with. As a result, more people are open to the idea that a revolution is possible in the United States. But many still cling to the notion that “Southern exceptionalism” will hold the rest of the country back.

It is easy to look at the history of the American South and see only racism, conservatism, poverty, and backwardness. If you look below the surface, though, you will find a rich history of labor struggles, violent state repression, and working-class resilience and tenacity. One such example is the inspiring 1969 nurses’ aides strike at Medical College Hospital and Charleston County Hospital in Charleston, South Carolina.

Medical College Hospital (MCH), now called Medical University of South Carolina (MUSC) Health, was the epicenter of the strike. It was the first—and last—example of the “Union Power, Soul Power” strategy adopted by the Southern Christian Leadership Conference (SCLC) and Local 1199 of the Retail Drug and Hospital Employees, based in New York, then an affiliate of the International Retail, Wholesale, and Department Store Union. Both 1199 and the SCLC hailed the Charleston strike as a major success. 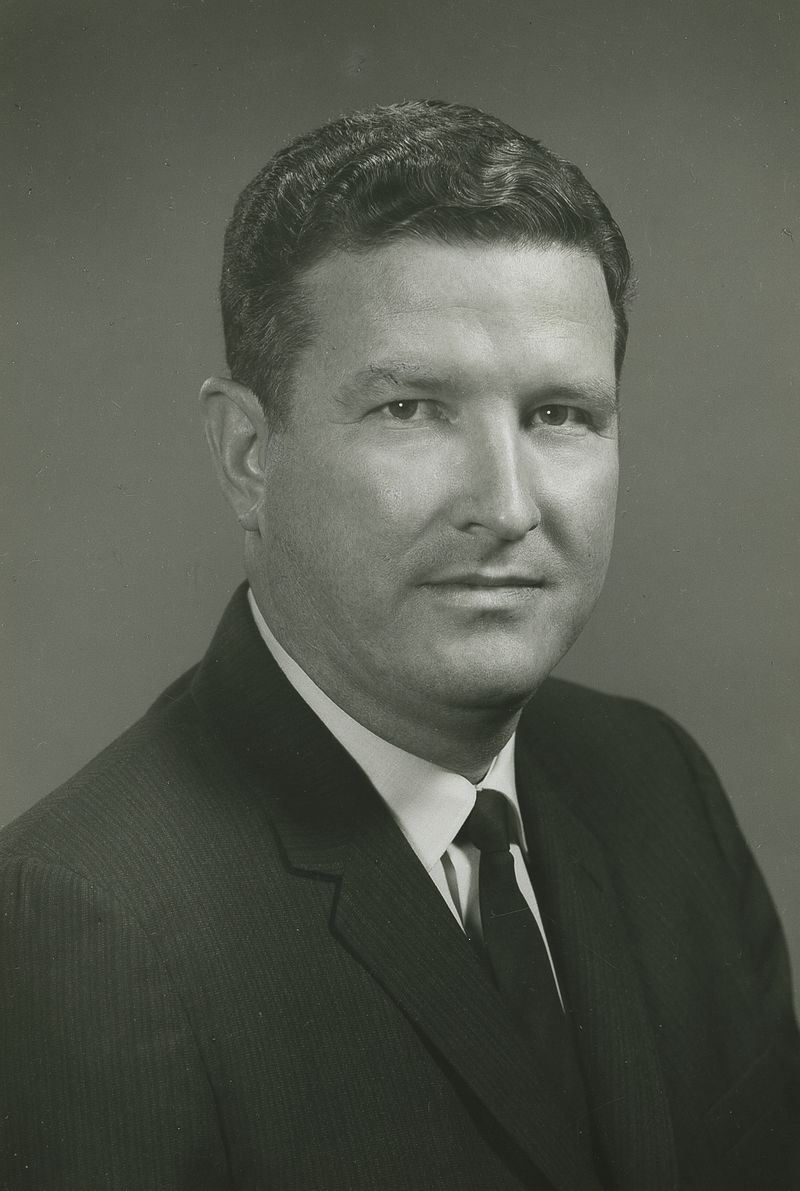 South Carolina Governor Robert E. McNair dealt with the strike by sending 1,000 state troopers and National Guardsmen to Charleston to aid the local police and imposed a curfew and state of emergency / Image: public domain

However, if we are to draw the lessons of this experience for today’s struggles, we must look deeper than the mere claim of victory and analyze the root causes, process of struggle, outcome, and aftermath of this strike. The 1969 nurses’ aides strike was considered by many to be the most disruptive labor battle since the 1930s. It was much more than a labor struggle—it was a struggle for civil rights. In 1968, Mary Moultrie and a few associates began to organize a grassroots campaign to unionize the nurses’ aides at MCH.

Moultrie, who grew up in Charleston, had spent several years working at a hospital in New York City. During her time up north, she earned her Licensed Practical Nurse certificate. However, MCH refused to acknowledge her certification despite her experience, because of the color of her skin, and forced her to accept a low-paying nurse’s aide position.

At the time, there were no black physicians or black medical school students at the hospital. Black workers were all forced into low-paying manual jobs such as maintenance, kitchen staff, etc. The black nurse’s aides made $1.30/hour, while their white counterparts made the federal minimum wage, $1.60/hour. Additionally, they were exposed to daily derogatory terms such as “monkey wrenches” and denied access to the medical charts of patients they were instructed to provide care for, despite the danger this meant for the patients themselves.

After multiple attempts to have their complaints taken seriously, workers occupied the office of MCH President William McCord to demand their voices be heard. That same day, 12 black employees—11 women and one man—were fired for “leaving their post” during the occupation. This sparked a strike nearly 400-strong that would last for 113 days, mobilizing up to 10,000 people for a protest on Mother’s Day.

Over the course of the strike, 1,000 people were arrested, and the full force of the state was utilized to put down the strikers. South Carolina Governor Robert E. McNair, a Democrat, sent 1,000 state troopers and National Guardsmen to Charleston to aid the local police and imposed a curfew and state of emergency.

The strikers’ initial demands included the full reinstatement of the 12 fired workers and recognition of their union, Local 1199B. Throughout the strike, several national figures showed solidarity with the hospital workers in Charleston. Walter Reuther, then President of the United Autoworkers Union, sent the workers a $10,000 “first down payment” with a promise to send $500 each week for the duration of the strike to support workers. Cesar Chavez and the United Farm Workers of America sent a check for $100. Thousands of 1199 members in New York City pledged a dollar a week to support the cause. From the SCLC, President Reverend Ralph Abernathy played an essential role in organizing and mobilizing black workers in Charleston and organized a solidarity rally featuring Coretta Scott King.

Despite the overwhelming support from the SCLC, 1199, other unions, and Charleston’s black working class, the “success” claimed by the national leaders of 1199 and the SCLC was more like a defeat. The settlement that was eventually offered by MCH and CCH received no pushback from either of these organizations. Each was eager to claim victory in Charleston. Although the final settlement reinstated the 12 fired workers, created a six-step grievance process, and provided a modest pay increase to the minimum wage, $1.60/hour, it did not recognize the union.

Superficially, this could be seen as a partial victory, but these measures were half taken back. Mary Moultrie would be fired again a few years later, and lacked the energy and motivation to fight the administration yet again. The grievance policy put in place had many flaws, almost always sided with the bosses, and enforced rules that made it impossible for the workers’ unrecognized union to play any role. Since they failed to achieve union recognition, the workers were more easily divided and demoralized. The union started as a means to unify the workers in the fight for respect and better working conditions. Without the union, the gains of the strike were slowly whittled away in the months and years that followed.

Fighting spirit of the working class

It should also be noted that the SCLC, not 1199, organized the most militant actions. The union leaders were accustomed to the relatively easier conditions in New York City, where union activity was not as intimately intertwined with the legacy of Jim Crow. In Charleston, the hospital administration, city, and state used the full force of the law, social and political pressure, and of course, the bodies of armed men to batter the strikers. Even before the fight had ended, the union leaders had given up on building in Charleston. Within months of the strike’s conclusion, they withdrew almost all of their support from Local 1199B, and the union was dissolved shortly thereafter.

The hospital workers in Charleston had reached out to 1199 for support in the hope of building a strong, stable union to fight for and defend their demands for better pay, basic respect, and better working conditions. Instead, they got a leadership that was unable to cope with the complicated circumstances, cowered in the face of vicious resistance, and gave up without achieving the one demand that would allow the workers to maintain the gains they had won. To this day, the workers at MUSC Health are still not unionized, and South Carolina has the lowest unionization rate in the entire country, just 2.3%.

Nevertheless, the Charleston strike shows the tenacity and fighting spirit of the working class—including Southern workers—despite their conservative leaders. These workers self-organized and reached out to the union. From the beginning, their fight was waged on a class basis, from the perspective of labor. However, without an organization to unite them and a leadership willing to put everything on the line, the gains made were ultimately doomed.

One of our tasks as Marxists is to study and learn from the history of working-class struggles—a history that is filled mainly with defeats and setbacks. While highlighting the will to sacrifice of the workers, we must also point out the mistakes made by the leadership, which have led to the conditions we face today. If we succeed in this, we can play a decisive role, not only in the many labor battles now on the horizon but in a revolutionary situation in the future.