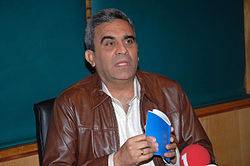 In the build up to the forthcoming December referendum on constitutional reform some of the reformist elements within the Bolivarian movement are coming out with their true colours. General Baduel, recently resigned Minister of Defence, has openly joined the Opposition, as has "Podemos" a party that was part of the government coalition. Open appeals to the military officer caste to rebel are also appearing in the media. This highlights the dangers to the revolution and the urgent need to complete it.

On Monday, November 5th, the campaign for the constitutional reform referendum in Venezuela was stepped up with the call by retired general Baduel for a NO vote. General Baduel was a close collaborator of Chávez and remained loyal to him during the April 2002 military coup which briefly ousted him. In July of this year he resigned from his position as Defence Minister and retired from active military office. His attacks on the constitutional reform are part of a concerted campaign by the ruling class to prevent it from being approved in a referendum which will take place on December 2nd.

The amendments to the 1999 Venezuelan constitution were announced by Chávez after his election victory in December 2006 with the stated aim of bringing the Constitution into line with "Socialism of the 21st century". They were then formally proposed by Chávez in July, discussed throughout the country and passed with a whole series of modifications and additions by the National Assembly on November 2nd.

Amongst the most significant of the amendments are those dealing with the new power structure, in which legal status is given to the Communal Powers in an attempt to do away with the current structures of the capitalist state. In the field of property of the means of production there are a whole number of articles which have been attacked by the opposition as being an attack on private property rights while at the same time enshrining new forms of collective and social property.

Even though the proposed amendments are limited in their character, in the context of the class struggle taking place in Venezuela they have become the rallying cry for a new clash between the classes, on the one hand the oligarchy and imperialism, on the other hand the overwhelming majority of workers and peasants.

The ruling class is well aware that whatever the actual text of the constitutional reform (and this is certainly an advanced and very progressive proposal which includes the 6-hour working day and a 36-hour week), the proposals are seen by the masses as a step forward towards socialism. And for this reason they have, once again, tried to mobilise all their forces to stop it.

In the last two weeks, a series of small demonstrations by opposition students have been taking place in Caracas and other cities which have often been the scene of violent clashes with the police. There are clearly organised fascist elements present at these demonstrations intent on causing clashes which can then be used as an excuse to paint Chavez's government as dictatorial and repressive.

This has been accompanied by calls for a stoppage of public transport, an incendiary call by the Episcopal Conference to oppose the constitutional reform, articles in the media calling for a military intervention to prevent the referendum from taking place, etc. This, incidentally, confirms what we said after the presidential election in December 2006. At that time some argued that we now had a "democratic opposition" in Venezuela, since Rosales and his supporters had accepted their defeat in the election. We responded that this was just a question of opportunity. At that time they did not have the necessary forces and points of support inside the army to launch a coup, so they were forced by the action of the masses on the streets to accept the results.

Now the talk of a coup and the intervention of the army is again on the agenda. So in his column in El Nacional on November 2, Pablo Medina, one of the main leaders of the opposition and participant in the 2002 coup, made an open appeal: "gentlemen of the National Armed Forces, lets overthrow the reform".

In a move reminiscent of the coup in April 2002 and the lock out in December of the same year, the leaders of business organisations Fedecamaras and Consecomercio have appeared on TV appealing to the people to oppose the reform and the referendum.

At the same time, the opposition is not in a position of strength. The student demonstrations of the last few days have been violent but small. The balance of forces remains enormously favourable to the revolution as was graphically shown by the two demonstrations last weekend. The first, on Saturday, called by the opposition gathered just a few thousand people. The second, on Sunday, called by Chávez, gathered hundreds of thousands, marching through Caracas and filling, yet again, the whole of Bolivar Avenue and the adjacent streets.

At this rally Chávez delivered a very militant speech in which he appealed for the referendum campaign to be organised from the rank and file through the Socialist Batallions, the basic units of the new United Socialist Party. Talking to revolutionary activists from "23 de Enero" and Vargas districts, they agreed in emphasising the fact that the mobilisation for Sunday's demo had been carried out by the rank and file activists rather than the apparatuses of the Bolivarian parties.

The radicalisation of the Bolivarian revolution after the December 3rd presidential elections has also pushed the more right-wing sections of the Bolivarian leadership into the camp of the opposition. "Podemos", the social-democratic party which until recently was part of the government coalition, has now officially joined the opposition. All this is to be welcomed, since it helps to clarify where they really stand.

Baduel's statements have to be seen against this background. As we have explained before on a number of occasions, the situation inside the Army is far from being under control. It remains a capitalist army and if it is not smashed and replaced by the people in arms, it will eventually be used against the revolutionary masses. This is how we described the situation a few months ago:


"It is clear that the most reactionary military officers purged themselves out of the Army in 2002 by participating in the coup in April and the attempted coup in December (when they declared themselves "in rebellion" at the Altamira Square). Of those who remained the majority are probably loyal to Chavez in one way or another, but the reasons why they are loyal to Chavez are varied. Some of them are loyal simply because Chavez represents the official government of the day, others reflect the corrupt nature of the bourgeois state and plead loyalty simply because they are making a lot of money through legal and illegal businesses they have access to by being in the Army, and many of them probably feel uneasy about all this talk about socialism. It is clear that if the situation came to a decisive turning point of taking over the means of production and destroying the capitalist state most of them would be on the side of reaction." (See: The challenges facing the Venezuelan Revolution)

It was already clear from Baduel's parting speech when he resigned as Minister of Defence in July that he was very uneasy with the direction the movement was taking. All the talk about socialism made him very nervous. If what was meant was social democracy, then that was OK, but any talk of nationalising the means of production he could not accept. "The wholesale abolition of private property and the brutal socialisation of the means of production always have a negative effect in the production of goods and services and provoke general discontent amongst the population", he declared.

These are the ideas of the reformists in Venezuela within the Bolivarian movement. "Socialism of the 21st century" yes, as long as what is meant is not genuine socialism, but social democracy. It is significant to note that Baduel wrote an introduction to Heinz Dieterich's book on "socialism of the 21st century" and was the main figure involved in the launch of that book in Venezuela. Clearly the ideas of Dieterich (basically advocating "socialism" without changes in the property of the means of production) provide a "theoretical" cover for the reformists in Venezuela, who, as the revolution becomes more radical, reveal themselves in their true nature as agents of the counter-revolution.

Baduel's statement yesterday, delivered to a press conference to which only opposition media were invited, was only the next logical step. Using the same terms as Pablo Medina and other opposition leaders, he described the proposed constitutional reform as a "coup d'Etat", amongst other reasons because "with the excuse of distributing wealth amongst the people, the Executive does away with private property". He said that what was being discussed were not minor reforms but a "transformation of the state and a completely different model of country".

In what sounded like an appeal for an uprising against the Bolivarian revolution, he added that the constitutional reform should be agreed through "a social pact of broad consensus", otherwise "a wide majority would not accept it, would always try to change it, even if it has to resort to violent means to do it"!

He ended with an appeal not to "underestimate the capacity of Venezuelan military men to analyse and think", in what was a clear appeal to the armed forces to come out against the reform and the referendum. As in previous occasions the ruling class and imperialism are trying to gauge what forces they can count upon. First they will try to discredit and prevent the referendum from going ahead, though they might be forced to participate in it in the end.

In any case, the reaction of the Bolivarian revolution to these statements and counter-revolutionary provocations can only be to go on the offensive. As has been repeatedly demonstrated, the balance of forces is extremely favourable to the revolution, but this strength must be put into action in an organized manner. The mobilisation for the December 2nd constitutional reform referendum should not be seen as merely an electoral issue. A widespread revolutionary mobilisation must be mounted, not only to win the referendum but also to implement the measures contained in the proposed reform.

Any companies that participate in sabotage of the economy, particularly transportation and the food distribution chain, should be immediately occupied by its workers and expropriated by the government using the laws that already exist. A serious campaign of political agitation should be launched inside the army with the setting up of Socialist Battalions of the new United Socialist Party composed of revolutionary soldiers and trusted revolutionary officers. This should be accompanied by the setting up of units of the territorial guard in all factories and working class neighbourhoods and for these to be given military training and equipment.

These measures should be seen as the first steps towards taking out of the hands of the ruling class the levers of economic power it still has and is using against the democratic will of the majority. These should be put under workers' control and democratically managed to the benefit of the majority. On the other hand, the structures of the old capitalist state must be smashed once and for all and replaced by a network of Communal and Factory Councils with spokespersons elected and recallable at any time which should cover the whole of the country's territory.

Win a massive "Yes" vote in the referendum, move decisively towards socialism!