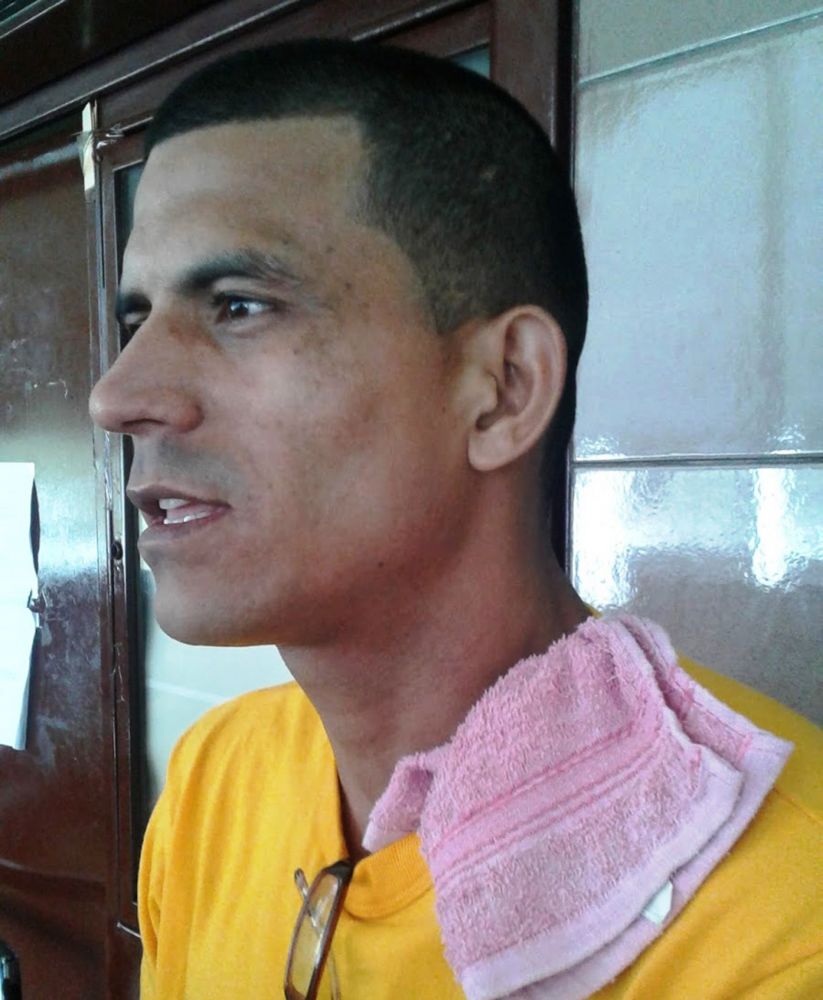 Worker activist Rodney Álvarez has been in jail since 2011 for a crime he did not commit. He is a victim of the corrupt justice system. Our Venezuelan comrades demand his immediate release!

The state-owned company Ferrominera Orinoco, of Corporación Venezolana de Guayana (CVG), engages in the extraction and processing of iron ore, with headquarters in Ciudad Piar and Puerto Ordaz, Bolívar State, Venezuela. On 9 June 2011, a workers’ assembly was held on their premises in order to choose the commission tasked with holding elections for the executive committee of the Sintraferrominera trade union. Renny Rojas, a worker for the company, was murdered in the assembly, and two more workmates were injured. Renny was 28.

Rodney Álvarez, worker and trade union leader, was imprisoned as a result in June 2011. Rodney’s defence states that, just a few moments after having caused the tragic incident, Héctor Maicán, who was bearing a firearm, was arrested. Maicán was close to the governor of Bolívar State at the time and was released from prison despite the security footage which proves his guilt in the events.

This entire process has made life a living hell for Rodney and has caused him, his family and all those closest to him to suffer, as he is still detained without a serious or duly justified charge, and those who charged him have not brought any evidence of his participation in the event, turning him into some sort of scapegoat.

Initially, the charge against Rodney was brought by the public prosecutor’s office and a group of lawyers on the Bolívar State administration payroll, led at the time by Francisco Rangel Gómez. Up till now, there has been no incriminating evidence against Rodney in the unfortunate murder of Renny Rojas. In contrast, there are witnesses who confirm that Rodney was not at the scene of the crime, but due to the endless drawn-out legal proceedings, trade unionists have practically not had the right to defend him. This kind of hardship is very common for those who, lacking sufficient financial resources, are not able to speed up their respective proceedings, due to the rotten bourgeois justice system.

The trial has been held in Caracas since 2012, more than 700km from the scene of the crime and far from Rodney’s support system – relatives, witnesses willing to testify in his favour, work colleagues who have acted in solidarity and demonstrated a willingness to come to his defence. It is worth noting that Rodney Álvarez was arrested by the Scientific, Penal and Criminal Investigations Bureau (Cuerpo de Investigaciones Científicas, Penales y Criminalísticas) or CICPC, Venezuela’s largest national police agency, on 17 June 2011 at his workplace in Ferrominera Orinoco in Ciudad Piar (Bolívar State). From there he was transported in a helicopter to Puerto Ordaz.

Since his arrest, Rodney has stayed in many of the country’s prisons. Today he is in Rodeo II Detention Centre, located in Guatire, Miranda State, far from his family who lack the economic resources to finance a transfer or visit him. They point out the difficulties they face in getting adequate transportation and the excessive increase in travel fares.

Following his detention, Rodney was summarily dismissed by Ferrominera Orinoco, resulting in three of his children being removed from the company school and ceasing to receive the benefits established in the collective bargaining agreement.

In many interviews, Rodney states that for over the nine years of his unjust imprisonment (or essentially, his kidnapping), he has faced three assassination attempts. At one point, his leg was injured, and the most serious incident led to the injury on his right arm, which has left his hand virtually paralysed. He also claims that the court hearings have, in one way or another, been suspended indefinitely, with no end date in sight. In one instance he was pressured by the court clerk to admit responsibility for the murder of Renny Rojas, which he did not commit. This civil servant told him that people know he is innocent, but that he had to plead guilty so that his release on parole could be arranged on a show trial basis. Rodney rejected this proposal; he would not claim any responsibility for a crime he did not commit.

With his hearings being suspended one after the other and his case being in a legal limbo caused Rodney Álvarez in 2019 to enter a default judgement and object to going to court again. He has also staged hunger strikes and is supported by various political organisations but he is still without any answers.

Lucha de Clases demands that Rodney Álvarez be freed immediately. As we have mentioned, he is yet another victim of blackmail, corruption and the decline of the justice system which for the poor offers anything but justice. While they release and acquit over 100 right-wing politicians, many of whom were involved in coups and destabilising activity, Rodney Álvarez still remains behind bars unjustly. We appeal to the national and international working class to demand the early release of our comrade. The struggle for true justice starts with the organisation of the workers as a class in and of itself, for their benefit, ready to destroy the rotten bourgeois state apparatus.

Free Rodney Álvarez and all the workers imprisoned for their struggle!