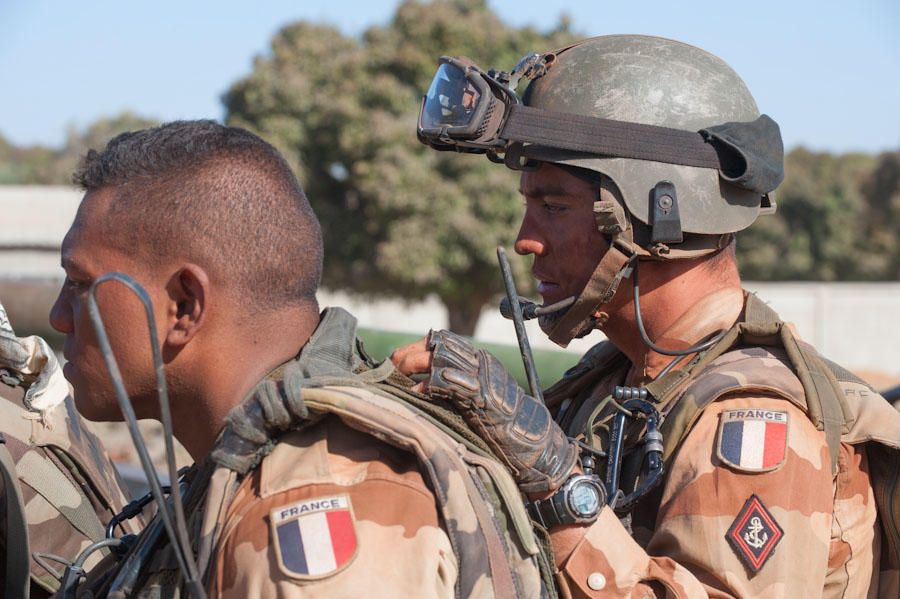 The French government claims it has sent troops to Mali to combat terrorism and Islamic fundamentalism. However, the truth is very concrete: France has major interests in the regions and is fighting to hold on to its spheres of influence. Tragically, the leadership of the French Communist Party (PCF) supports the war. Greg Oxley, editor of La Riposte and member of the "Conseil Départemental" of the Paris PCF, in this interview, recently given to Raoul Rigault of the German left-wing paper Junge Welt, explains the reasons for all this.

What is from your point of view the reason for the French intervention in Mali?

French capitalism has major interests in this part of Africa. Mali has important natural resources. It is the third producer of gold on the continent, and has unexploited reserves of oil and other natural resources. But above all, the importance of Mali for French imperialism derives from its geographical position. France needs to control the political and military situation in Mali because of its interests in bordering Algeria, Mauritania, and the Ivory Coast. France is a declining power in Africa, as in the rest of the world. Since 2005, it has lost no less than one fifth of its share of the world market. Within Europe, the position of France has been weakened over a long period, especially since the reunification of Germany. The overthrow of Ben Ali, Mubarak and Kaddafi, like that of Saddam Hussein, will mean a further weakening of commercial and industrial ties with North Africa. China, the Gulf States, the United States and Germany are gaining ground in Africa at the expense of France. This military intervention is part of a general strategy attempting to bolster the declining position of France.

But Francois Hollande says, it's a war against fundamentalism and terrorism and for the rescue of civilisation in that African land. Why don't you agree with this?

I don’t agree with this because it is not true. French imperialism, like American imperialism, has on many occasions actively supported and encouraged “fundamentalism” as a means of containing revolutionary and anti-imperialist movements in the former colonial countries. It supported the fundamentalist militias in Afghanistan in the 1980’s. It then supported the “Taliban” invasion in the 1990’s. More recently, in Libya, France, Britain and the USA gave decisive military support to jihadist militias in their struggle for power. This last adventure has now backfired on France, since French nationals are being asked to leave Libya, or risk assassination. The contracts that France hoped for will go mainly to Qatar and Saudi Arabia. In relation to Syria, Hollande has given diplomatic recognition to the SNC, which is dominated by the Muslim Brotherhood.

In Mali, however, Qatar was using the militias in the north to strengthen its position in the region, at the expense of France and in order to counter Saudi Arabian influence. This explains the Saudi support for the intervention. The struggle against jihadism is a convenient pretext, nothing more. In other circumstances – for example, a revolutionary movement in Bamako – France would have had a different attitude to the northern militias. The “rescue of civilisation” means the rescue of imperialist assets and control.

The French Communist Party is in favour of this war. Why? And how do you see the policy of your party on this issue? Is there an opposition among the members?

The support for the intervention on the part of the Communist Party leadership is a consequence of its reformist outlook and policy, of its adaption to capitalism. Within France, the policy it defends is not one of expropriation, but of superficial reforms, which, it claims, can change the “logic” of the capitalist economy, and gradually lead to the system being “left behind”. They call this the dépassement, or “overtaking” of capitalism.

Foreign policy is always an extension of home policy, and war is always a crucial test in politics. Historically, as part of the Communist International, the French Communist Party was born out of the internationalist opposition to the imperialist war of 1914-1918. In the 1920’s, it opposed the military intervention in Morocco. But the reformist degeneration of the leadership led to a change in this policy, to the point that in 2001, it supported the participation of France in the invasion of Afghanistan. In relation to Mali, it no doubt felt that opposition to the war would “not be understood” by bourgeois public opinion. The membership of the party has not had the opportunity to express itself on the question, on a national scale. However, it is clear that the majority of the membership is opposed to the war. In my own section, a resolution condemning the intervention was adopted by 16 votes to 1. The Young Communists are massively opposed to the war, and their national leadership has taken a firm stand on the question.

What should the Marxist forces inside the PCF and the CGT do?

They must continue to patiently explain the real causes of the war and the class interests that are at stake, and attempt to develop the anti-war movement in the ranks of the party, and of course in the CGT. On international issues, as on domestic issues, we must struggle to re-establish the ideas, the principles, the theory and the programme of revolutionary Marxism in the workers’ movement.

The press reported that your Party decided on the national congress last weekend to not be an opposition to the Hollande government. Is this correct and how do you see the PCF's political line on the social and domestic political questions?

No, the congress took no such decision. The press also says that the congress abandoned the “hammer and sickle”. No decision was taken on that, either. However, the congress did adopt a text setting out the ideas of the leadership on the general political orientation of the party. This text is so vague and confused that it leaves practically all options open. The programme the leadership puts forward does include some radical reforms, but does not stand for the expropriation of the capitalists. It amounts to an attempt to eliminate the consequences of capitalism, while leaving the system intact. For instance, the leadership rejected the resolution presented by the Paris federation of the party which called for the nationalization of the banks. This means that the leadership of the Communist Party has no serious alternative to capitalism, and therefore no serious alternative to the policy of François Hollande.