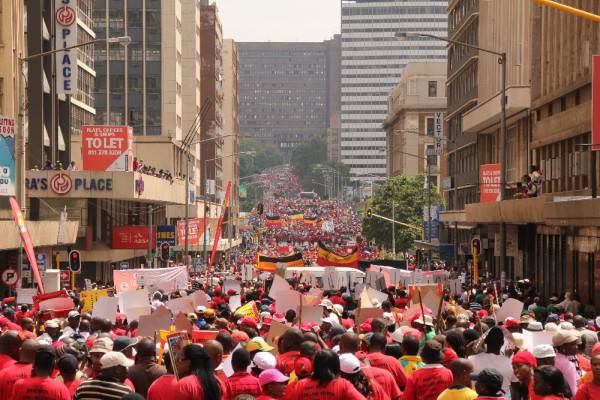 The expulsion of NUMSA from the COSATU trade union confederation, is one of the most significant events in the African class struggle in the whole of the past period. It clearly exposes the reactionary character of the present COSATU leadership who are willing to tear the union apart rather than allow a militant union to remain within its ranks, even if this means paralysing the workers’ movement in order to preserve their own privileged positions. 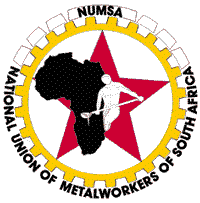 Unfortunately the leadership of the South African Communist Party (SACP) has actively been supporting the right wing of COSATU and has defended their divisive tactics. But what are the reasons behind the latest developments?

Last week we received an article on this topic by comrade Castro Ngobese, the national spokesperson of NUMSA. However, as we did not completely agree with all the points that the comrade was making we suggested - and the comrade agreed - to publish it together with our brief comments. (Read comrade Ngobese's article here)

For Marxists, theoretical clarity is crucial, not only for the understanding of the situation, but also to determine the practical steps which we must take. Therefore we hope that our comments will be the beginning of a dialogue which could help bring theoretical clarity to the movement and develop the political level. Of course, these comments do not exhaust by any means the question of the South African revolution, but we believe that they do highlight the key issues.

In his article, comrade Ngobese highlights the extremely negative role played by the SACP leadership towards NUMSA and COSATU. We completely agree that the behaviour of the SACP leadership is scandalous. The expulsion of NUMSA, the most powerful and radical union, from COSATU is dividing the federation at a time when the unity of the working class is of utmost importance. Needless to say that there is nothing Communist, Marxist or Socialist in supporting this.

However, in his article he writes: "The logic of communist party politics since the 1920s is to pick a horse and bet for it; come rain or shine." We would not agree that the main reason for the role played by the SACP leaders was because they have "picked a horse", but rather because they have based the party’s policies on a wrong strategy for the revolution in South Africa, the so-called two-stage theory, which is based on an incorrect analysis of society. This theory, which Stalin imposed on the Communist International and the CPSA, as the party was known at the time, has nothing to do with Leninism. It was in fact borrowed from the Mensheviks.

The same we would say goes for the present attacks of SACP leader, Blade Nzimande against NUMSA. Nzimande is not attacking NUMSA because it doesn't support the ANC per se, but because NUMSA is posing the question of breaking the working class away from the grips of the bourgeois and petit-bourgeois liberal leaders of the Alliance. By putting forward the question of Revolution, Socialism, Nationalisation etc., and by organising militant nationwide struggles, NUMSA is preparing a movement which could eventually lead to challenging the whole Capitalist system in South Africa. NUMSA's only "crime" has been to give voice to the anger of the workers and to put forward a radical revolutionary alternative. The SACP leaders on the other hand remain firmly tied to the idea that in order to get to socialism (in the long and distant future) one has to support the “national democratic” bourgeoisie (which means support the capitalist leaders of the ANC now rather than exposing them). That is the main point of contention with the SACP and also goes to the heart of the matter historically.

The main theoretical mistake of the SACP leadership has always been centered around this question of the Stalinist "Two Stage Theory", i.e. a theory which postpones Socialism to a distant future, a second stage, after all the demands of “National Democratic Revolution” (NDR), the first stage,  have been achieved and, furthermore, that the “NDR” must be carried out under the leadership of some mythical “progressive and democratic” wing of the bourgeoisie. This is at the heart of what is wrong with SACP policy.

The only way in which democratic and national demands were achieved in the past, and only in a very limited way at that, was as a by-product of the revolutionary struggle of the militant South African working class which threatened to do away not only with apartheid but with the capitalist system as a whole. In those conditions, a decisive section of the white capitalist class decided to make a deal with the bourgeois and petit bourgeois leaders of the ANC on condition that property relations (that is, capitalism) would be respected. And this is precisely what NUMSA is questioning today.

The two stage theory was always a mistaken idea, in that there cannot be any separate purely "national democratic" stage of a revolution, as the national democratic tasks of the revolution in South Africa cannot be achieved within the limits of capitalism. What has actually happened is that a small minority of blacks have been allowed to join the capitalist class (Cyril Ramaphosa included), while the living conditions of the black masses have remained basically the same. The way forward now is not to remain stubbornly anchored to the idea of “deepening” a mythical “NDR” - as the SACP leaders argue from their ministerial offices and official cars - but rather to challenge capitalism as a system and fight for socialism now. This means opposing the capitalist policies of today’s ANC government and leaders and offering a socialist alternative to the working masses and the poor, and not occupying ministerial positions in a government that is carrying out the policies of the ruling class and providing the capitalist ANC leaders with a left cover.

Today the two-stage theory plays an even more pernicious role, if that is at all possible. It is used by the SACP leaders in a cynical way to chain the South African workers and their organisations to the capitalist leadership of the ANC, precisely at a time when the ANC government is carrying out all the policies demanded by the ruling class.

The Marikana massacre was the most striking confirmation of this. Here we saw dozens of striking workers being massacred by an alliance of the state, the ANC government, the police and the mining companies (including billionaire mine-owning ANC leader Cyril Ramaphosa) against the working class. Which side did the SACP leaders (and the National Union of Miners' leaders as well) choose? Unfortunately, they chose the side of the ruling class.

Twenty two years after the fall of the Apartheid regime none of the fundamental problems faced by South African workers have been solved. Inequality, poverty, landlessness and even racism, are still thriving, despite 20 years of bourgeois democracy during a period of significant economic boom. In this respect our main task must be to expose reformism and the Two-Stage theory as mistaken theories and to build a party based on a revolutionary socialist programme as the only solution to the problems of the masses in South Africa today.

The main obstacle to any real reform in South Africa is Big Business which is supported by the leaders of the ANC, SACP and even some COSATU leaders. It is NUMSA's criticism of big business and capitalism that has led to the outbursts of Nzimande, because it exposes the hollow nature of his "communism".

What we are witnessing today with the behaviour of the SACP leadership probably marks the beginning of the end for them, but we must not forget that there are probably still thousands of honest Communist workers and shop stewards within its ranks. For this reason the battle with the SACP leaders should be waged in such a way that while  it reveals their political bankruptcy at the same time it has an echo within the ranks of the party who can and must be won over to a genuine revolutionary stance.