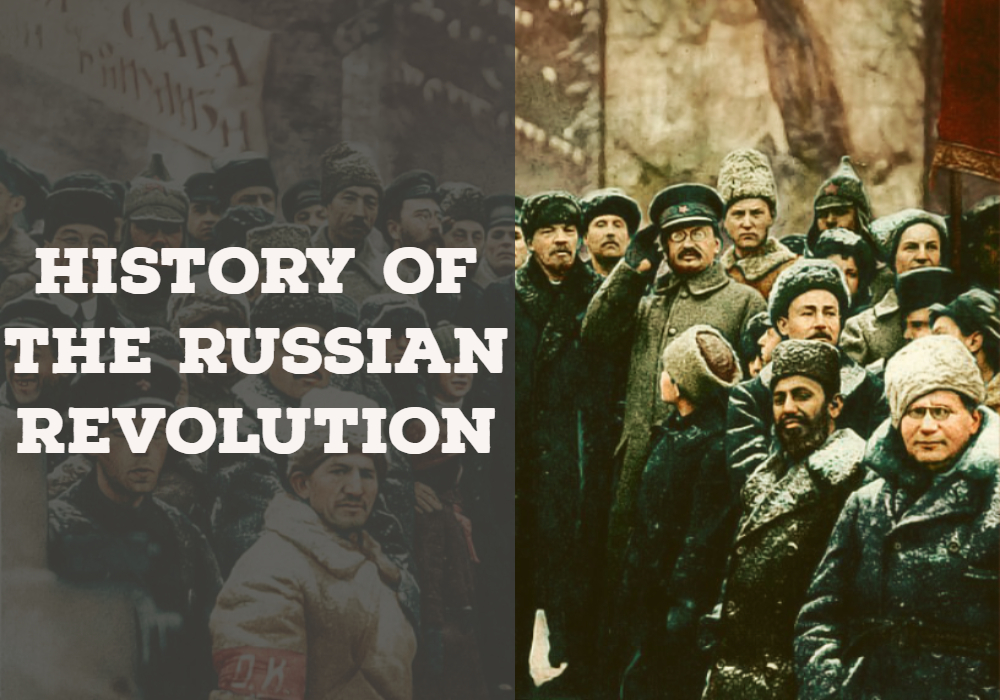 Conclusion of Volume One

In the first pages of this work we tried to show how deeply the October revolution was rooted in the social relations of Russia. Our analysis, far from having been accommodated ex post facto to the achieved events, was on the contrary made by us long before the revolution – indeed before its prologue of 1905.

In the further pages we tried to see how the social forces of Russia revealed themselves in the events of the revolution. We recorded the activity of the political parties in their interrelations with the classes. The sympathies and antipathies of the author may be set aside. A historic exposition has a right to demand that its objectivity be recognised if, resting upon accurately established facts, it reproduces their inner connection on the basis of the real development of social relations. The inner causal order of the process thus coming to life becomes itself the best proof of the objectivity of the exposition.

The events of the February revolution passing before the reader have confirmed our theoretical prognosis for the time being by one half at least – through a method of successive elimination. Before the proletariat came to power all the other variants of the political development were subjected to the test of life and thrown aside as worthless.

The government of the liberal bourgeoisie with Kerensky as a democratic hostage, proved a total failure. The “April days” were the first candid warning addressed by the October to the February revolution. The bourgeois Provisional Government was replaced after this by a Coalition whose fruitless ness was revealed on every day of its existence, In the June demonstration summoned by the Executive Committee on its own initiative, although perhaps not quite voluntarily, the February revolution tried to measure strength with the October and suffered a cruel defeat. The defeat was the more fatal in that it occurred in the Petrograd arena, and at the hands of those same workers and soldiers who had achieved the February revolution and turned it over to the rest of the country. The June demonstration proved that the workers and soldiers of Petrograd were on their way to a new revolution whose alms were inscribed on their banners. Unmistakable signs testified that all the rest of the country, although with an inevitable delay, would catch up with Petrograd. Thus by the end of its fourth month the February revolution had already exhausted itself politically. The Compromisers had lost the confidence of the soldiers and workers. A conflict between the leading soviet parties and the soviet masses now became in evitable. After the manifestation of June 18, which was a peaceful test of the correlation of forces of the two revolutions, the contradiction between them must inevitably take an open and violent form.

Thus arose the “July days.” Two weeks after the demonstration which had been organised from above, the same workers and soldiers went out into the street on their own initiative and demanded of the Central Executive Committee that it seize the power. The Compromisers flatly refused. The July days led to street encounters and casualties, and ended with the dispersion of the Bolsheviks who were declared responsible for the bankruptcy of the February régime. That resolution which Tseretelli had introduced on June 11 and which was then voted down – to declare the Bolsheviks beyond the law and disarm them – was carried out in full at the beginning of July. The Bolshevik papers were shut down; the Bolshevik military units were dissolved. The workers were disarmed. The leaders of the party were declared hirelings of the German Staff. One of them went into hiding, the others were locked up in jail.

But just this “victory” of the Compromisers over the Bolsheviks completely revealed the impotence of the democracy. Against the workers and soldiers the democrats were compelled to employ notoriously counter-revolutionary units, hostile not only to the Bolsheviks, but also to the Soviet: the Executive Committee already had no troops of its own.

The liberals drew from this the correct conclusion, which Miliukov formulated in the form of an alternative: Kornilov or Lenin? The revolution actually left no more room for the empire of the golden mean. The counter-revolution was saying to itself: now or never. The supreme commander-in-chief, Kornilov, raised a rebellion against the revolution under the guise of a campaign against the Bolsheviks. Just as all forms of the legal opposition before the revolution had adopted the camouflage of patriotism – that is, the necessities of the struggle against the Germans – so now all forms of legal counter-revolution adopted as camouflage the necessities of the struggle against the Bolsheviks. Kornilov had the support of the possessing classes and their party, the Kadets. This did not hinder, but rather promoted, the result that the troops deployed against Petrograd by Kornilov were defeated without a fight, capitulated without an encounter, went up in vapour like a drop falling on a hot stove-lid. Thus the attempt at a revolution from the right was made, and moreover by a man standing at the head of the army. The correlation of forces between the possessing classes and the people was tested in action. In the choice between Kornilov and Lenin, Kornilov fell like a rotten fruit, although Lenin was still at that time compelled to re main in deep hiding.

What variant after that still remained unused, untried, untested? The variant of Bolshevism. Actually after the Kornilov attempt and its inglorious collapse, the masses stormily and decisively swung over to the Bolsheviks. The October revolution advanced with a physical necessity. In distinction from the February revolution, which has been called bloodless al though it cost Petrograd a considerable number of victims, the October revolution was actually achieved in the capital without bloodshed. Have we not the right to ask: What further demonstration could be given of the deep natural inevitability of the October revolution? Is it not clear that this revolution can seem the fruit of adventurism and demagogy only to those whom it damaged at the most sensitive point, the pocketbook? The bloody struggle breaks out only after the conquest of power by the Bolshevik soviets when the overthrown classes, with material support from the governments of the Entente, make desperate efforts to get back what they have lost. Then come the years of civil war. The Red Army is created, the hungry country is put under the régime of military communism and converted into a Spartan war camp. The October revolution step by step lays down its road, beats back all enemies, passes over the solution of its industrial problems, heals the heaviest wounds of the imperialist and civil war, and achieves gigantic successes in the sphere of the development of industry. There arise before it, however, new difficulties flowing from its isolated position with mighty capitalistic lands surrounding it. That belatedness of development which had brought the Russian proletariat to power, has imposed upon that power tasks which in their essence cannot be fully achieved within the framework of an isolated state. The fate of that state is thus wholly bound up with the further course of world history.

This first volume, dedicated to the February revolution, shows how and why that revolution was bound to come to nothing, The second volume will show how the October revolution triumphed.