"Of course we have only known him as a youth; he had only just grown up, was only just trying his wings, had only just begun to grope with his eager workman’s hand for the beautiful shapes surrounding him, trying to illumine them in his own way."

I knew the late Pavel Bessalko from almost the beginning of his literary career. He came to see me with several of his rather feeble juvenilia, none of which, if I am not mistaken, were ever printed. I was a witness to virtually the whole of Bessalko’s literary development.

Having survived a terrible spell of imprisonment, sombrely recorded in his grim novel The Catastrophe, Bessalko, although at the time a Menshevik, belonged with all his heart to that extremist wing of the workers’ movement the core of whose protest was hatred of the intelligentsia and of the Party intelligentsia in particular.

During almost the whole of his stay in Paris as an emigre, comrade Pavel was an extreme adherent of the views of Makhaisky. [1] This, however, did not prevent him from becoming my good friend. He and I shared our views, our tastes and our plans.

Gradually his rancour against the intelligentsia abated, but there remained in him a love of his own class, an admirable, quiet pride in being able to say ‘I, too, am a proletarian.’

In this sense he was a real man of the working class and he always remained firmly attached to his trade as a fitter although he realized that it hindered him in his literary work. 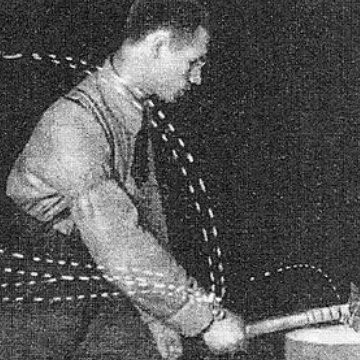 I believe that of all our worker-writers Bessalko remained most profoundly conscious of being a worker. This emerged in his theoretical articles, for instance, in his vehement and uniquely eloquent attack on the Futurists [2] and in his extremely forceful attempt to oppose the emergent genre of peasant poetry with the new proletarian writing.

But what always attracted me to Bessalko and what made me see his figure in a certain sense as symbolic was the fact that, for all the astonishing fidelity of his perception of what it means to be a worker and his passionate devotion to his class, Pavel Bessalko had an extraordinary breadth of outlook. In his view proletarian art should not only describe working-class life (which he did admirably) and the ideals and struggles of the proletariat, but it should express an all-embracing view of the whole world, of all the doings of mankind and of the even vaster world of the imagination, the past, the present and the future: but all from a special vantage point – the vantage point of the proletariat.

And in this Bessalko was extremely successful. Not only in his grim book The Catastrophe, not only in his passionately tendentious autobiographical short stories but also in The Diamonds of the East, in Judas, and in his sketches of Parisian life, some of which recall Murger, some de Maupassant. In all of them Pavel Bessalko remains his working-class self.

Even when writing about his Persian shahs or the gods of Olympus, he still managed, in a manner I found incredible in a man of such restricted knowledge and who was self-taught to a relatively limited degree, to retain the flavour of his chosen location and to write in a style that was in harmony with whatever theme he happened to select.

Universality of outlook combined with an unusually systematic approach to the most varied of subjects – this is what I find most characteristic of Bessalko.

Of course we have only known him as a youth; he had only just grown up, was only just trying his wings, had only just begun to grope with his eager workman’s hand for the beautiful shapes surrounding him, trying to illumine them in his own way. We could have expected his talent to have grown to great heights, although no one can say now just what course that rich, tender, profound, avid poetic nature of his might have taken.

We who made the revolution in those terrible years often think with horror and sadness of the immeasurable losses which the proletariat had to suffer as the price of its victory. As a whole class it has actually been numerically reduced. How often one feels a chill when one asks after a dozen or so names – sailors from Kronstadt, heroes of the revolution – and one hears that so-and-so was killed there, so-and-so died there...

The countless losses suffered by the working class have affected it in quality as well as quantity. It is enough to reduce one to despair if one did not know that its strength is inexhaustible. Only the elemental inexhaustibility of that multimillion-strong class, only the sight of the serried ranks of the Party intake from the Young Communists coming to take over from us can console us and inspire us with courage.

Pavel Bessalko had set out on a splendid path, mounting only the first steps of the magnificent stairway of what will be a broad and truly proletarian cultural edifice.

The proletarian collective, in a sense that has never existed before, will value the individual no less – indeed more – than any class before it and will give him a wider chance than ever to develop himself and take wing.

That, however, is more a matter for the future. This time of war calls even its winged sons to go whither, the future of our whole society is being decided and there to die by bullet or by typhus and it says in consolation: We must win, we shall reward you in full. No single ‘I’ is too valuable to be spared as a sacrifice for our ‘we’.

Born in 1880, Pavel Karpovich Bessalko came of peasant stock. Considering that he had virtually no formal education he was endowed with an undoubted natural talent and might have become an author of some stature had he lived longer. Now he is unread and recorded only in works of reference. Like F.I. Kalinin, Bessalko was treasured by Lunacharsky and Bogdanov in their rather artificial ‘Proletarian Culture’ movement. Arrested in 1907 for revolutionary activity, imprisoned for two years then exiled, Bessalko escaped abroad to reach France in 1911. There he followed his trade as a fitter in a French aircraft factory until 1917, dabbling in writing in his spare time. Violently anti-bourgeois and anti-intelligentsia, Bessalko went back to Russia at the revolution and worked as a journalist. During the Civil War he edited a Red Army newspaper on the Ukrainian front and died of typhus in Kharkov in the autumn of 1920. His published works include two novels, some short stories and a play entitled The Stonemason.

1. MAKHAISKY: V.K. Makhaisky, alias A. Volsky (?–1927). A Pole, one-time member of the Polish Socialist Party, Makhaisky adopted a form of Anarcho-Syndicalism. In a number of books published between 1898 and 1905, he argued that knowledge was a means of production and consequently the intelligentsia, with its monopolistic claims to knowledge, was an exploiting class. The working class, according to Makhaisky, should ‘expropriate’ knowledge from the intelligentsia once the latter had completed the socialist revolution.

2. THE FUTURISTS: An avant-garde literary and artistic movement which in Russia lasted from about 1910 to 1930. Originating in Italy and France, Futurism’s aim was the abandonment of the past and the creation of a new art in keeping with the machine age. Its leader and theorist was Viktor Vladimirovich Khletnikov (1885–1922), although the best known Futurist writer was Vladimir Mayakovsky (1893–1930). They set up a quasi-official organization, the ‘Left Front in the Arts’ (known by its Russian initials as LEF) but their attitudes were too extreme for most of the Party leadership and LEF was dissolved in 1930, the year of Mayakovsky’s suicide. The Futurists’ iconoclastic treatment of language and form did have an undoubted effect on subsequent Russian poetry.