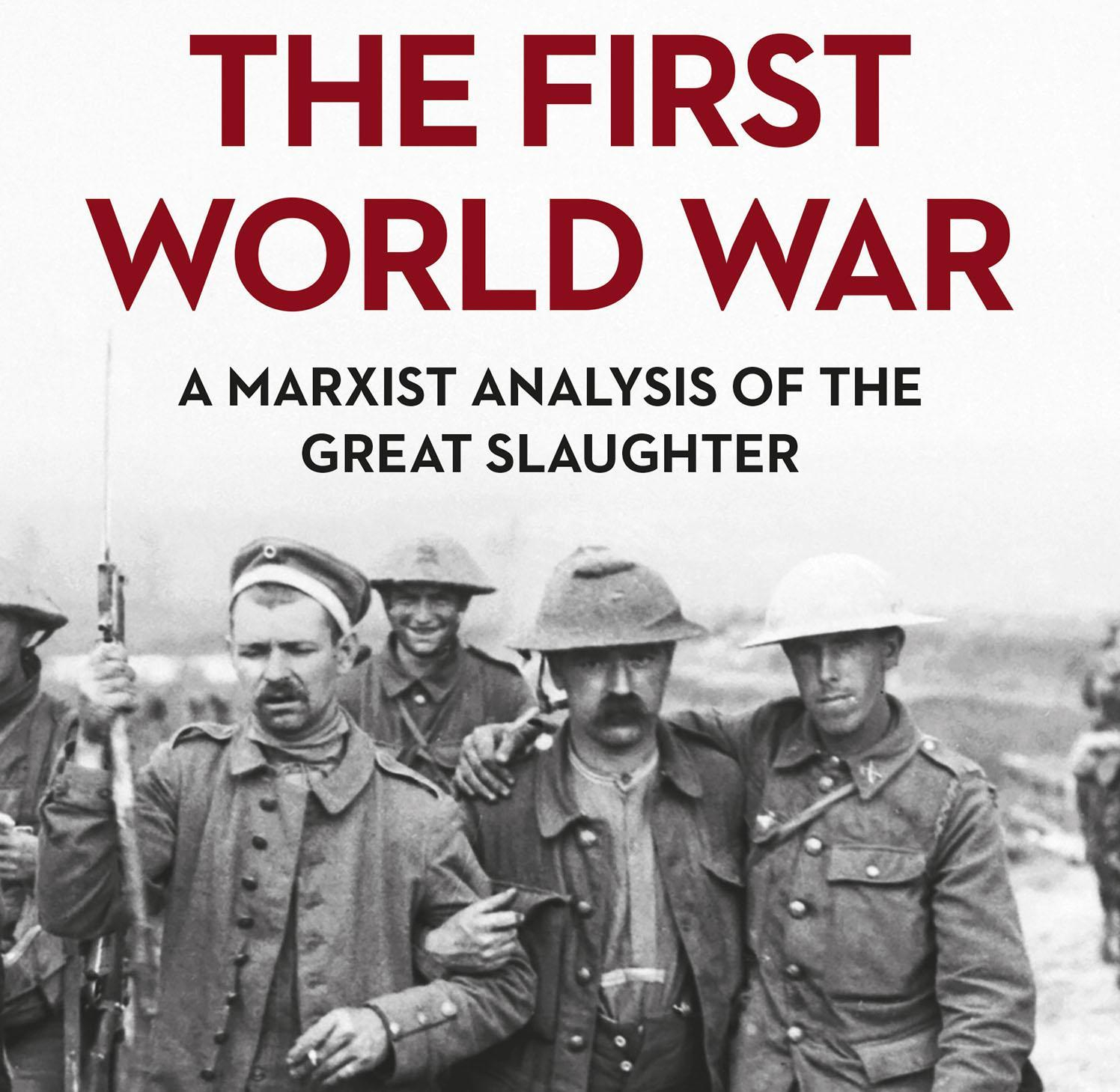 About 17 million soldiers and civilians were killed during the First World War. One of those who survived was my grandfather. As I write these lines, I have before me the big old family bible I remember from my childhood. Inside there is an entire page headed with the title Roll of Honour. It is decorated in colour with the flags of our gallant allies: the French, Americans, Belgians, Serbs – and the double headed eagle of tsarist Russia. And here we can read the same infamous slogan that is inscribed on every war memorial in the land: Dulce et decorum est pro patria mori (It is sweet and seemly to die for the fatherland).

George Woods entered the war on 1 September, 1914, a young enthusiastic volunteer. He is listed as private number 13793 of the Welsh Regiment, and served nine spells of action in France in a period of five years. He was demobilised on 24 March, 1919. He left the army a changed man. Inspired by the example of the Russian Revolution, he joined the Communist Party and remained a committed Communist until he died. I learned about the ideas of Marx and Lenin, about the class struggle and the Russian Revolution from him, and I am eternally grateful to him for that and so many other things.

My grandfather, a Welsh tinplate worker, was not alone. The South Wales Miners’ Federation voted to affiliate to the Communist International. In Scotland, the Clydeside shop stewards did the same. Out of the blood-soaked ruins of the Great Slaughter, a new spirit of revolt was born. In all the belligerent countries – in Paris and Berlin, in Vienna and Budapest, in Sofia and Prague – millions of workers were on their feet fighting for change, for a better world, for bread and justice: for socialism.

It is easy to draw pessimistic conclusions from human history in general, and wars in particular. There are always those who draw pessimistic conclusions from the objective situation. Scepticism and cynicism are merely hypocritical expressions of moral and intellectual cowardice. Such people blame the working class for their own impotence and apostasy. Lenin never showed the slightest sign of pessimism when the nightmare of war and reaction seemed never-ending. He showed utter contempt for the pacifists, who moaned about the evils of war but avoided drawing revolutionary conclusions.

During the dark days of the First World War the situation of the revolutionary forces must have seemed hopeless. Lenin once more found himself isolated in Swiss exile. He was only able to maintain contact with a very small group. But he was not afraid to fight against the stream, convinced that the tide would turn. He dedicated all his strength to educating and training the cadres on the basis of the genuine ideas of Marxism.

Answering a pacifist who said that war is terrible, Lenin said, “Yes, terribly profitable.” And in the end, he was proved right. Contradicting all the pessimistic predictions of the sceptical Cassandras, the imperialist war ended in revolution. The Russian Revolution offered humanity a way out of the nightmare of wars, poverty, and suffering. But the absence of a revolutionary leadership on an international scale meant that this possibility was aborted in one country after another. The result was a new crisis and a new and even-more-terrible imperialist war.

The great wheel of human history turns continuously. It knows great sorrows and great joys. It is a never-ending story of victories and defeats. And it teaches us that any situation, however hopeless it may seem, will sooner or later turn into its opposite, and we must prepare for this. This was expressed most strikingly by Shakespeare when he wrote:

There is a tide in the affairs of men,
Which taken at the flood, leads on to fortune.
Omitted, all the voyage of their life is bound in shallows and in miseries.
On such a full sea are we now afloat.
And we must take the current when it serves,
Or lose our ventures.

Lenin said that capitalism is horror without end. The bloody convulsions that are spreading throughout the world right now show that he was right. All these horrors are the expression of a socio-economic system that has exhausted itself and is ripe for overthrow. Middle-class moralists weep and wail about these horrors, but they have no idea what the causes are, still less the solution. Pacifists and moralists point to the symptoms but not the underlying cause, which lies in a diseased social system that has outlived its historical role.

Now, as then, the conditions are being prepared for an explosive upsurge of the class struggle on a world scale. In the convulsive period that lies ahead, the working class will have many opportunities to transform society. The power of the working class has never been greater than now. But this power must be organised, mobilised, and provided with adequate leadership. This is the main task on the order of the day.

We stand firmly on the basis of Lenin’s ideas, which have withstood the test of time. Together with the ideas of Marx, Engels, and Trotsky, they alone provide the guarantee of future victory. Not world war, but an unprecedented upsurge in the class war is the perspective for the period into which we have entered. The horrors we see before us are only the outward symptoms of the death agony of capitalism. But they are also the birth pangs of a new society that is fighting to be born. It is our task to cut short this pain and hasten the birth of a new and genuinely human society.