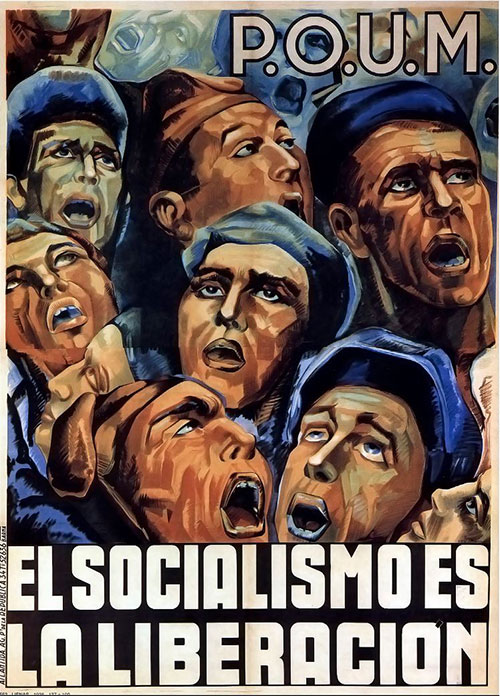 The first Republican-Socialist government came to power in 1931, overthrowing the Bourbon monarchy. During its first three years, both the workers and peasants, as well as the ruling class, realised that bourgeois democracy could not guarantee their interests. When the masses began to take matters into their own hands, the ruling class defended their system with fascism.

Franco carried out a coup in July 1936. The workers rallied to organise and arm themselves to run the economy and effectively confront the fascist rebellion. The Republican bourgeois government was more afraid of the workers than the fascists. It tried to prevent any movement of the workers, which emptied the struggle of any real meaning.

The Spanish working class fought courageously, but lacked a genuinely revolutionary party and leadership. Their leaders entered the bourgeois Popular Front government and became the main obstacle in the path of the revolution. The deep wounds of the conflict are still keenly felt today as the contradictions remain unresolved in Spanish society.