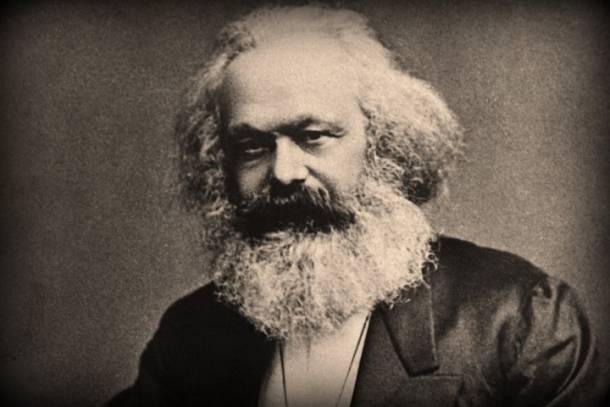 Today is Marx’s birthday. To celebrate, our British comrades at Socialist Appeal are premiering a new documentary on Marx’s life in London. Join us to watch this online at 6pm!

5 May is the birthday of Karl Marx, the greatest revolutionary thinker of all time. He was born in 1818 in Trier in Germany. However, Marx spent most of his adult life in exile in London until his death in 1883.

To celebrate Marx’s revolutionary life and ideas, Socialist Appeal is premiering this short documentary on Marx’s life in London, where Rob Sewell – editor of Socialist Appeal – tours the locations in Britain’s capital where Karl Marx lived, wrote, agitated, and organised.

“To commemorate his life in London I have done hundreds of “Marx walks”, taking people to visit the places where he lived, spoke and held his meetings. It was suggested by some comrades that we make a brief film of Marx’s life in London, visiting those places.

“Those involved in the production were not professionals, but I think we have produced a decent job, which we are making available to you on this special day. We hope you enjoy it!” 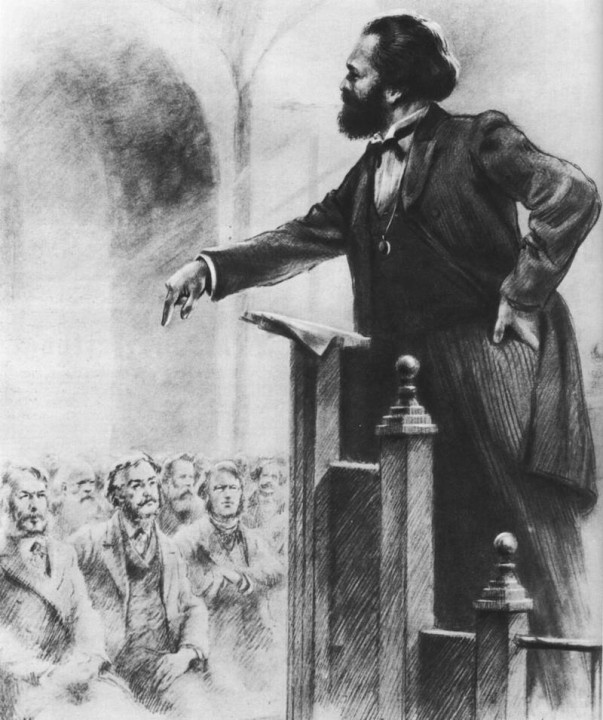 Marx himself understood how crucial it was for the burgeoning workers’ movement to rest on a solid theoretical footing / Image: fair useMarx moved to London with his family in August 1849, at a time when Britain was being shaken by the Chartist movement. After being exiled from Belgium, Germany and finally France for his revolutionary activity, Marx ended up in London, where he stayed until his death in 1883.

But Marx and Engels had already spent time in London prior to this, working with the Communist League. By 1847, the pair had become leading figures in this organisation and were asked to write a programmatic document for the League. This became the Communist Manifesto.

The years following this were particularly difficult for Marx on a personal level. The constant poverty and squalor his family lived in led to the deaths of three of his children. It was only thanks to the financial aid provided by Engels – obtained from his salary working at his father’s factory in Manchester – that Marx could feed his wife and children.

Nevertheless, during this period Marx worked painstakingly to develop the ideas of scientific socialism. He went to the British Library almost every day to read the works of the English classical economists - Smith, Ricardo, Mill, Malthus, and others - taking vast amounts of notes as he went.

Through his critiques of these bourgeois economists, Marx began to refine his own ideas about the capitalist mode of production. From this emerged his understanding of the nature of surplus value, exploitation, and the origin of profit: the unpaid labour of the working class.

It was the work carried out by Marx in this period that paved the way for Capital, his magnum opus that explained the inner mechanics of the capitalist system.

Marx himself understood how crucial it was for the burgeoning workers’ movement to rest on a solid theoretical footing. For this reason, he worked feverishly to complete Capital, often to the detriment of his own health.

Thanks to the material he was able to access in the British Library, Marx also wrote a number of other important works, like The Class Struggles in France and The Eighteenth Brumaire of Louis Bonaparte, works that remain as relevant today as when they were written.

On 28 September 1864, a meeting was held in St. Martin’s Hall in London in response to the suppression of the 1863 Polish revolt by the Russian Empire. At this meeting, delegates from all around Europe voted unanimously to form the International Workingmen’s Association (IWA). This became known as the First International.

The IWA was an extremely diverse organisation in character, representing trends ranging from British trade unionists to Russian anarchists. But Marx and Engels understood the need to conduct patient work in order to win the organisation over to their revolutionary ideas, as they had done previously within the Communist League.

The IWA was a qualitative step forward from the League, with its links to revolutionary movements taking place across Europe where the ideas of scientific socialism could be put to the test.

In Britain, despite the aversion of many trade union leaders to revolutionary ideas, the IWA was widely respected by the working class. At a meeting in Sheffield, the TUC adopted a resolution commending the International for its efforts to unite workers of all countries and urging the British unions to affiliate to the International.

The IWA was eventually dissolved in 1876, due to factional disagreements that intensified in the period of reaction that followed the defeat of the 1871 Paris Commune. However, it remains a fundamental link in the chain of the international workers’ movement - and a monument to Marx’s work during the time he lived in Britain.

These days, the most well-known monument to Karl Marx is his famous monolithic grave in Highgate Cemetery. But Marx himself would have hated this. He was not interested in erecting shrines and statues, but in establishing the solid foundations of scientific socialism.

Today, we – Socialist Appeal – are fighting for these revolutionary ideas. Help us build a genuine monument to Karl Marx, therefore, by building the forces of Marxism in Britain and internationally. Join us in the struggle for socialism.