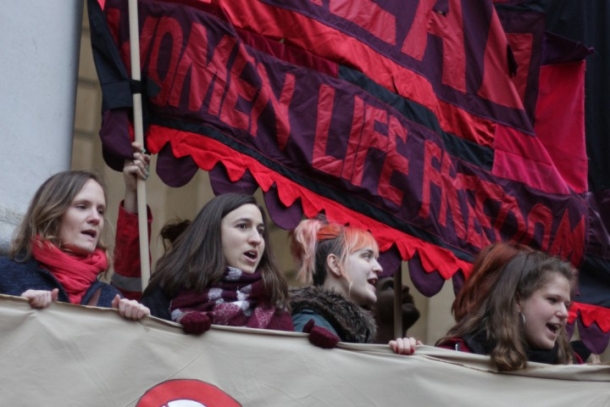 The pandemic and the economic catastrophe it has triggered are threatening to roll back decades of gains in terms of women’s liberation. Capitalism in crisis can offer only counter-reforms. To end oppression, we need socialism.

This year marks the 50th anniversary of the establishment of the Equal Pay Act, which sought by law to prevent discrimination in terms and conditions of employment between men and women. Despite this fact, the COVID-19 crisis is on course to reverse the lion’s share of the gains women have made over the past 50 years on every single front.

Five decades of progress are being erased in a matter of months. This is not because the laws themselves have been erased, but because capitalism in crisis is clawing back these gains in practice. If 50 years of progress can be wiped out in a couple of months, this only shows how fragile those rights are under capitalism.

Forced back into the home

Millions of working-class women have been forced back into the domestic household, accompanied by an increase in domestic abuse. The number of calls to the National Domestic Abuse helpline jumped 25% above average in the second week of lockdown, and by the third week was 49% higher than normal.

Devastating... Calls to domestic abuse hotline in UK have risen by 49% and killings doubled in the weeks after lockdown

Meanwhile, mothers were 47% more likely to have permanently lost their job or to have quit than other workers, and 14% more likely to have been furloughed. This isn’t going to be a temporary setback either, when we consider that the sectors which are expected to experience the hardest hit in a post-COVID-19 world are hospitality and retail, both of which employ a large number of female workers.

The gains women have made in reproductive health are also under attack. The collapse of healthcare systems everywhere has removed access to many of the services that women legally have the right to receive. In some countries, as a result of the pressure on healthcare systems, access to abortions have either been restricted or removed entirely. Many hospitals across Italy, for example, have been transformed into ‘COVID hospitals’, with other surgeries, including abortion services, being cancelled entirely.

Coupled with the fact that many doctors can and do conscientiously object to providing women with these services, the crisis has made it increasingly difficult for thousands of Italian women to access this basic right. Right-wing, pro-life groups meanwhile have even started an online petition to block women’s abortion rights nationwide, declaring: “During the pandemic, abortion is not an essential service”.

In the US, eight Republican-led states have deemed abortions non-essential. In the state of Texas there are usually 50,000 abortions a year. These procedures have only restarted again as of May, with the easing of restrictions on ‘elective’ procedures. This simply comes too late for many women.

This contradicts everything medical experts tell us — that abortion is essential, time-sensitive care that must not be restricted during a crisis.

This isn't the end.

In all of these cases, it’s clear that the gains women have made over the last 50 years are coming under threat as a result of the crisis and the fact that working-class women are being made to pay for it.

The coronavirus crisis was an accident, which governments couldn’t have anticipated. Nevertheless, it is down to the laws which govern capitalism; the decades of austerity; and an artificial scarcity of medical facilities, social housing and accessible childcare that flow from a system based on profit that have caused the burden of this natural disaster to fall most painfully on working-class women.

Working-class women have had to fight to win their rights and to build up their careers. However, this crisis brings to light the fact that for all the ‘progress’ that has been made, nothing has fundamentally changed about the oppressive and exploitative nature of this system. This system is simply not capable of permanently securing any working-class progress. To get out of the crisis that the system is in, the bosses will take away every past reform. 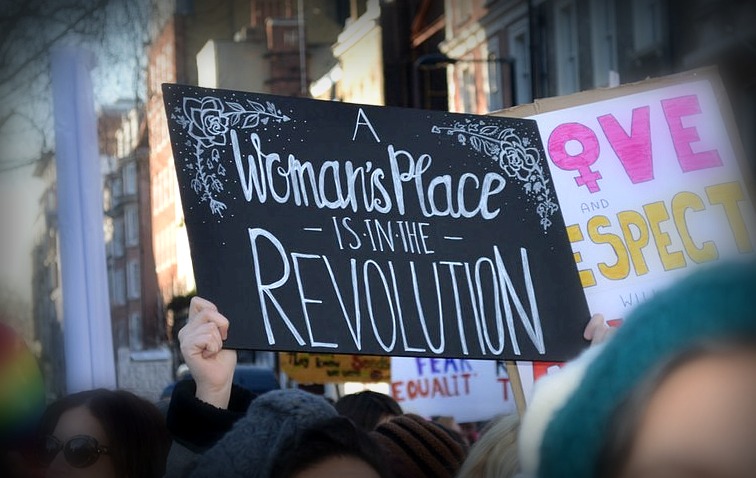 True women’s equality will never be achieved under capitalism. In order to make any progress permanent, we need a democratically planned economy that can lay the material basis for ending inequality and oppression. It will be an economy that will look after the needs of the many, and not the profit of the few.

The necessary resources would be allocated to welfare, and research and funding would be dedicated to removing the burden of housework. Healthcare services, such as abortion, will be provided everywhere.

Instead of healthcare being pushed to breaking point in the name of profit such that when it finally snaps, working-class women must suffer, we will incorporate enough slack into all welfare systems that no catastrophe can threaten access to basic services.

Women will be financially independent of men. In case of domestic abuse, women will be provided with accommodation elsewhere and sufficient support. When the material basis for inequality and oppression is removed, the basis of chauvinism, sexism and all forms of bigotry will begin to wither away and can finally be ended.

The pandemic and the economic catastrophe it has triggered are threatening to roll back decades of gains in terms of women’s liberation. Capitalism in crisis can offer only counter-reforms. To end oppression, we need socialism."