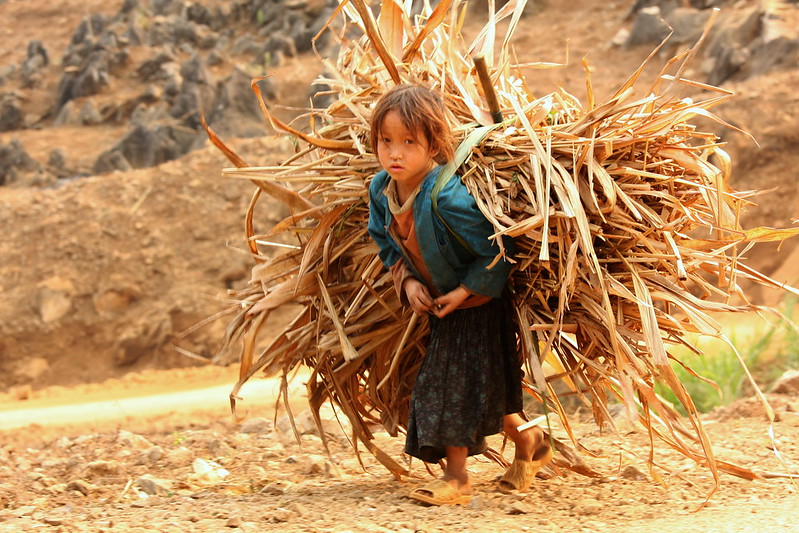 A recent report by UNICEF found that 160 million children — a staggering one-in-ten worldwide — are involved in labour considered to be mentally, physically, socially and morally harmful.

This includes highly hazardous jobs such as underwater mining, heavy lifting, the handling of dangerous factory machines as well as the use of poisonous chemicals in agriculture. All these tasks are performed by children as young as 5 years old.

Of these, 79 million are regularly involved in jobs that pose an immediate danger to their physical health, mental health or life. UNICEF even estimates that millions are still involved in slavery!

According to the International Labour Organisation (ILO), 22 thousands children die every year while at work - an average of 60 children every day.

Between 2016 and 2020 — for the first time in 20 years — the number of working children worldwide has increased. With the world capitalist system in its period of senile decline, it is increasingly the weakest and most vulnerable layers of society that are forced to shoulder the burden. 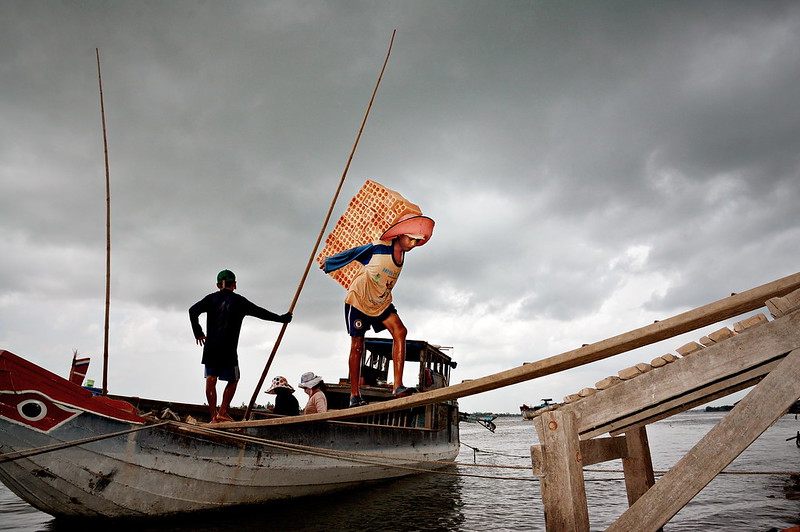 The bulk of child labour is concentrated in the poorest countries. In low-income countries, more than one-in-four children are working / Image: ILO, Flickr

What is most dreadful about the figures reported by UNICEF is that they cover only the period up until the beginning of 2020. It is no secret that COVID-19 has hit the poorest hardest. A further 142 million children were pushed behind the poverty line in 2020 alone.

Rising poverty, the closure of schools and increased food insecurity will mean millions more children will be forced to work in the coming years. UNICEF estimates that we are on track to see a rise of 40 million children working by the end of 2022.

In São Paulo, for example, child labour increased by 26 percent between May and July 2020. The number of under fifteen working in diamond mines increased by 50 percent in the Central African Republic.

In Ecuador, one third more children are working since the beginning of the pandemic. An investigation found the number of children working in the cocoa business in the Ivory Coast increased by more than one fourth.

With zero legal or labour protections, such children end up working up to 16 hours a day, seven days a week. Some are routinely beaten up, or subjected to sexual abuse. Some are sold into slavery to repay their parents' debts. And even those that escape the most brutal scenarios go on to suffer severe mental health problems for the rest of their lives.

Child labour also compromises these children’s opportunities to get a decent education, which compounds their dire situation. Working children are doomed to a future of extreme poverty and misery, which in turn paves the way for further child exploitation.

Imperialism is to blame

What is happening is not just a tragedy, it is a horrendous crime committed against the most vulnerable children in the world. The main culprit of this crime is imperialism, and the ruling class of imperialist countries.

For a start, 10 percent of child labour is directly involved in the production of commodities destined for export to richer countries through imperialist monopolies. But this is only one side of the equation. 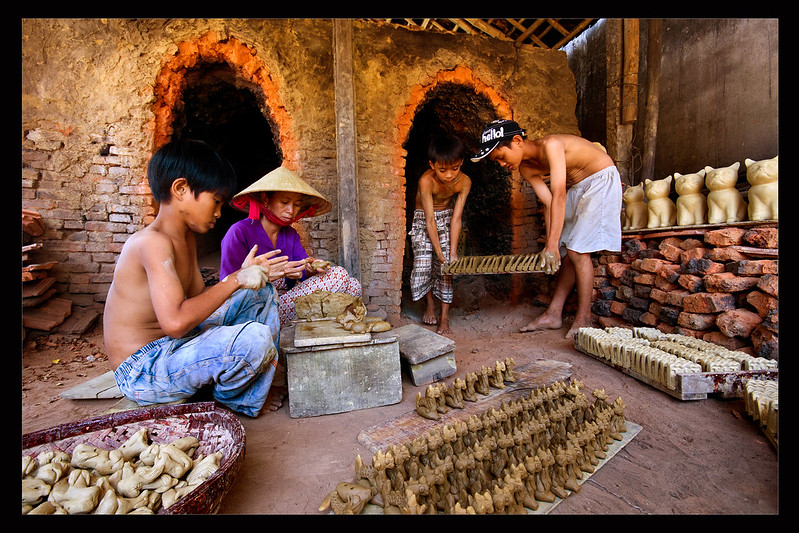 The “invisible hand” of the market is wreaking havoc on entire environments and communities. It tears apart their traditional way of living and of subsistence, and people are left scrambling for barely surviving / Image: ILO, Flickr

75 percent of working children are doing so on their family business or farm. In the overwhelming majority of cases, these children and their families have very little choice. As a result of extreme poverty, every available member of the household has to work on a subsistence basis, otherwise the entire family will starve.

The number of families pushed down to extreme poverty has spiralled in the last few years. People in Sub-Saharan countries for example have seen their GDP per capita decrease by 20 percent since 2014.

These countries are under massive pressure from the world market, with heavily-subsidised imperialist multinationals and monopolies plundering resources, dominating critical industries, and leaving a trail of destruction and misery in their wake.

For example, in the Indian Ocean, scientists have warned that fish populations could collapse as early as 2024 if industrial fishing is not reduced. However, European fishing industries are repeatedly blocking agreements to reduce their catch.

For coastal communities dependent on small-scale fishing, this means complete ruin. Tiny fishing boats need to travel hundreds of kilometres in the deep sea now, for a smaller catch, that they go on to sell for a lower price.

And the parasitic ruling class of countries like India are exacerbating this process, by limiting the fishing territories for small, local operations while making it easier for multinationals to exploit their own waters. Reactionary leaders like Modi thus prostrate themselves before foreign capital at the expense of the poor of their own country.

In agriculture, exploitative market prices are routinely imposed on family farms, which have very little bargaining power (if any at all). Imperialist businesses are also responsible for the overwhelming majority of the environmental destruction in these countries.

The result is the wrecking of cultivable land, more frequent occurrence of extreme weather conditions, as well as the ransacking of fisheries and spreading of new diseases to cattle, all leading to increased food insecurity and spiralling poverty rates.

Climate change in general, which is a symptom of uncontrolled, rapacious production under capitalism, also hits poor countries the hardest, creating conditions that force children into work. A study found that in the last decade, the increase of 1 degree in the average temperature in West Africa countries, led to a reduction in crop yields of up to 20 percent.

The “invisible hand” of the market is wreaking havoc on entire environments and communities. It tears apart their traditional way of living and of subsistence, and people are left scrambling for barely surviving.

All of this is coupled with the need by poor countries to service massive debts to bodies like the World Bank and IMF. These factors combine to hold such countries in a state of artificial backwardness, with a net outflow of wealth from the poorest nations to the richest.

As a consequence of all of this, it is increasingly necessary for entire families, children included, to work as a matter of bare survival.

Even those who are ‘lucky’ enough to have food on their table are increasingly leaving education and going to work in their family business, as the system offers them no possibility of a brighter future.

The UNICEF report correctly points out how “unfair” competition is one of the main factors driving poverty and resulting in child labour.

It also estimates that “mild aid” by wealthy imperialist states could not only halt the spiralling increase in child labour immediately, but also reduce instances by 15 million by the end of next year. 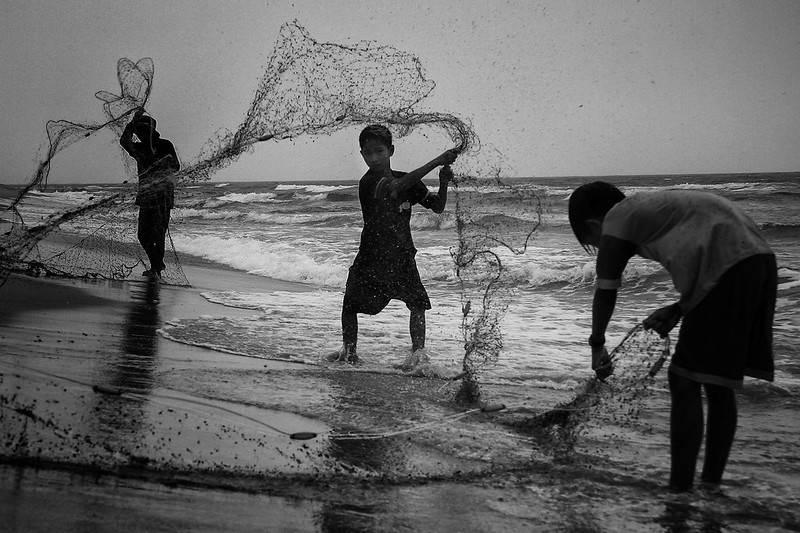 The reality is that there is more than enough wealth on this planet to give a decent childhood to every single one of the 1.6 billion children living today. This wealth however is sitting inside bank vaults, in financial institution, and in the hands of a few capitalists / Image: ILO, Flickr

But, it is precisely through so-called “aid” that poorer countries are blackmailed into paying billions of dollars of debts to imperialist countries. Like bloodsucking leeches, these countries siphon off all the wealth from the poorest parts of the world in the form of debt repayment - with interest - and resource extraction, condemning them to poverty in the first place.

It is not from imperialist countries and capitalism that real aid will come, because precisely their system is condemning the overwhelming majority in the world to a future of misery.

The reality is that there is more than enough wealth on this planet to give a decent childhood to every single one of the 1.6 billion children living today. This wealth however is sitting inside bank vaults, in financial institution, and in the hands of a few capitalists.

The capitalists would rather use ‘their’ wealth for space travelling publicity stunts than tackling poverty and misery.

No children should have to work to maintain their families. The only hope for a decent existence for young people today is for the working class internationally to fight for the revolutionary overthrow of capitalism and the reorganisation of society along socialist lines.

Only then will we be able to democratically put all the world’s wealth to good use according to a rational economic plan.

In this way, we will give everybody the possibility to develop and thrive as human beings.