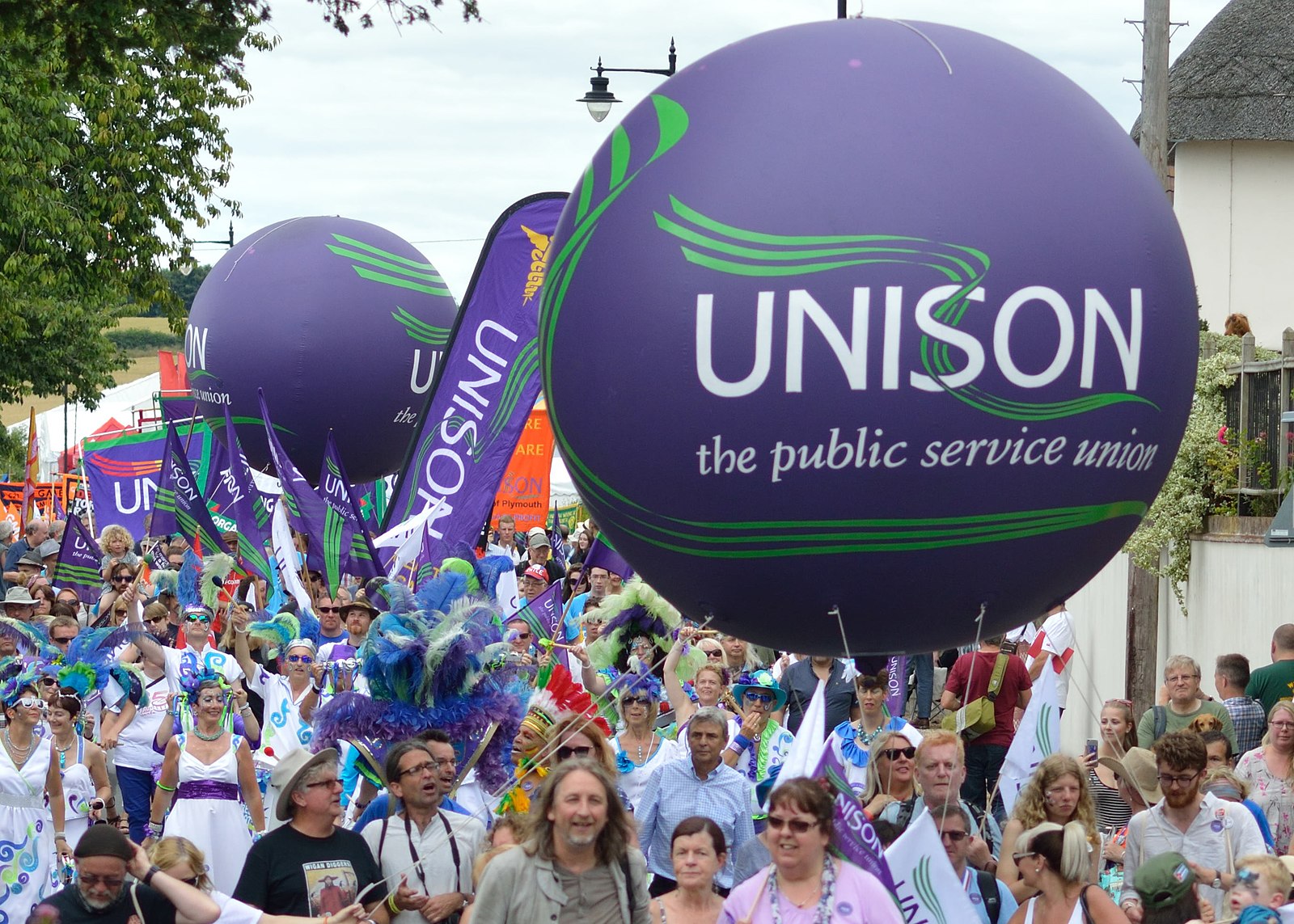 In their attempts to block the new left-wing leadership in Unison, the right-wing bureaucracy are looking to tie the left up in legal wrangles. The only way forward is to mobilise the rank and file. Defend the union! Let the members decide!

“The law is like a spider’s web. The weak get caught, and the powerful simply rip it up.” (Solon of Athens)

The struggle in Unison between the elected left-wing leadership and the right-wing bureaucracy has reached new heights, with threats of legal action. The time has come for the left to grasp the nettle.

As we have reported previously, the bureaucracy has now stepped up its attacks, in the face of a series of bold resolutions passed by the NEC, which served to clearly define its powers against the constant obstructions of the Unison officialdom.

Leaning on its legal department, the right wing contemptuously declared the NEC resolutions to be ‘illegal’ and ultra vires. These assertions were then used to intimidate NEC members.

This declaration of ‘illegality’ was endorsed by a junior barrister, Stuart Brittenden. And in a circular to all branches, the general secretary upped the ante by publicly denouncing the NEC.

This was nothing more than a declaration of open war by the right-wing cabal controlling the union machinery.

The full-time officials are clearly acting as a ‘party within a party’ – or more like a ‘state within a state’, with the general secretary acting as a law unto herself. This in a union that is supposed to be ‘membership-led’! What a travesty!

The newly-elected leadership – although backed by the membership – is in office, but not in power. All the decisions are taken by unelected officials, behind the backs of the members.

Whenever the left NEC has attempted to use the internal communications of the union, for instance, they have been blocked. The right wing is trying to silence the elected leadership.

We must put a stop to this outrage! This means openly appealing to the rank and file of the union and exposing this sabotage.

The new left-wing NEC poses a dire threat to the ruling bureaucracy, which fears losing the power and privileges that it has enjoyed under right-wing patronage for the last two decades. 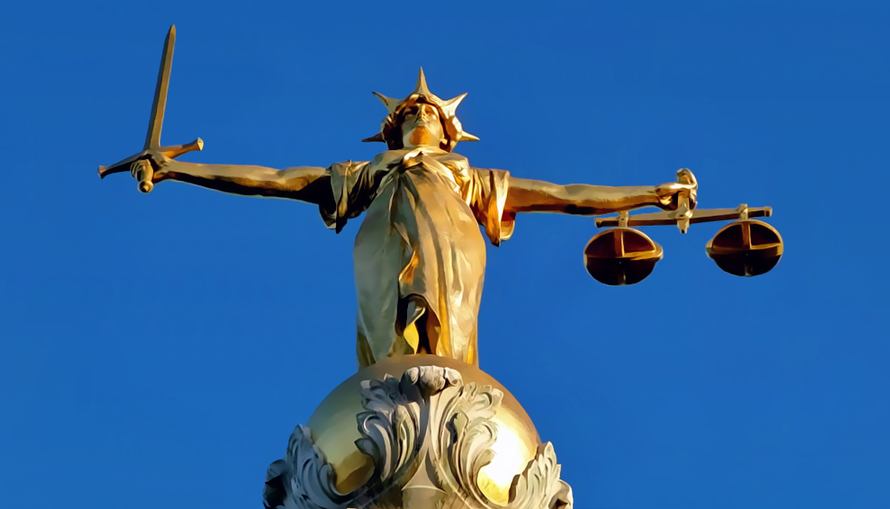 While the left should not rule out going to court, it should not hold much confidence in this process. The courts are not friends of the labour movement / Image: Lonpicman, Wikimedia Commons

A big part of this is the cosy relationship that they have built up with right-wing Labour councils and employers. This has allowed these councillors to get away with cuts and privatisation, resulting in tens of thousands of job losses, with the union right wing turning a blind eye.

That is why – in order to protect their wages and conditions – the members need to get rid of this reactionary bureaucracy.

Of course, behind the Unison right wing is the ruling-class establishment, who are very interested in keeping the union – the biggest in the country – in ‘safe hands’.

They lost control of Unite to the left, and are determined not to lose Unison with its 1.3 million members. There is too much at stake. This explains their determination and aggression.

To counter the right wing’s attacks, left NEC members hit back by seeking legal opinion from Lord Hendy QC about the status of their resolutions.

Hendy is a leading expert on trade union law. His opinion contrasted in every possible way the legal advice obtained by the general secretary. Lord Hendy stated explicitly that all the resolutions passed at the last NEC were perfectly lawful.

When the general secretary was sent this legal opinion, the right wing immediately sought a further legal opinion from Michael Forde QC, in order to bolster their case.

While Brittenden – a junior council – ruled four of the six NEC resolutions to be ‘unlawful’, Forde instead decided that two of these were probably ‘unlawful’ and ultra vires; another was definitely ‘unlawful’; while a further motion was considered perfectly ‘lawful’.

The ‘lawful’ one (resolution 5) gave powers to the NEC to consider any member’s suspension of over four weeks duration; and, as thought appropriate, to be able to remove or continue the suspension.

In this case, both QCs Hendy and Forde both agreed, in opposition to the junior council, that the NEC resolution on suspensions was in order.

Notwithstanding the others, the NEC should now proceed to immediately use the powers vested in it by this resolution to promptly raise the unjust suspension of Paul Holmes, the democratically-elected President of Unison, who has clearly been victimised. 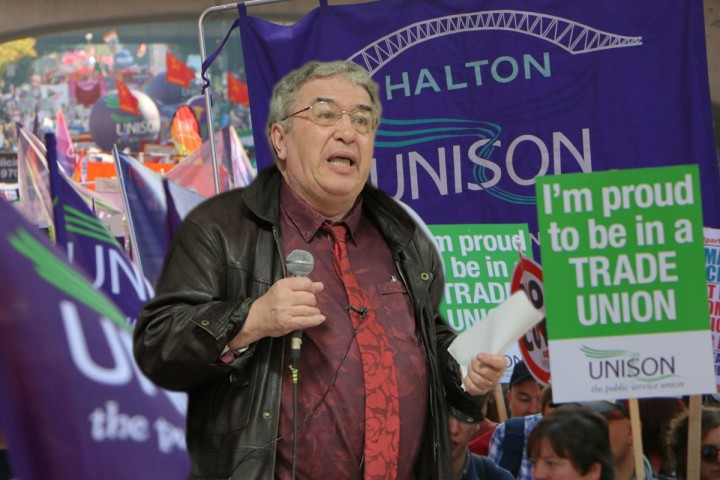 The NEC should promptly raise the unjust suspension of Paul Holmes, the democratically-elected President of Unison, who has clearly been victimised / Image: Socialist Appeal

This move would be regarded as a great victory under the circumstances, and would also send a signal to Paul’s employers to back off in their attempts to frame a union activist.

Paul’s final disciplinary hearing in front of the employers is scheduled for 5 November. The maximum pressure must be brought to bear on his bosses in the next two weeks. They must be forced to realise that all hell will break loose if they threaten to sack him, including industrial action.

It is clear that the union bureaucracy is in league with Paul’s employers to dismiss him. They believe that, in doing so, he will lose his seat on the NEC.

If they try this manoeuvre, a battle royale will open up, the likes of which they have never seen. This must include a national recall Unison conference.

“I do not see any prospect of the legal representatives of the various interested parties agreeing what is the correct legal analysis, even if all parties were represented, as the divergent analyses to date illustrate. I regret that, for the moment, the only prospect I see of resolving the matter is through a court hearing.”

The left should tread very carefully on this question. The law is certainly a spider’s web that can tangle you up.

While the left should not rule out going to court, it should not hold much confidence in this process. The left certainly cannot rely on a fair and just outcome.

The courts are not friends of the labour movement. We have seen this in the way they have been used by the employers to prevent workers striking. Similarly, Corbyn recently tried to get justice in the courts but failed.

These institutions are part of the establishment. Sometimes, it is true, they can come down on the side of the left, so as to maintain an air of impartiality. But it is not always the case. As far as Unison is concerned, the establishment has a vested interest in supporting the bureaucracy.

Incidentally, it would suit the right wing if the left were tied up in the courts. Hypocritically, they would accuse the left of wasting time and resources while members were preparing to strike.

The main overriding task of the left must be get its message out to the rank and file of the union. In fact, the tactic of the right wing is to bog down the NEC in all sorts of wrangles; tie the left in knots, so to speak; and wear them down. In doing so, they hope to split the left and demoralise activists. 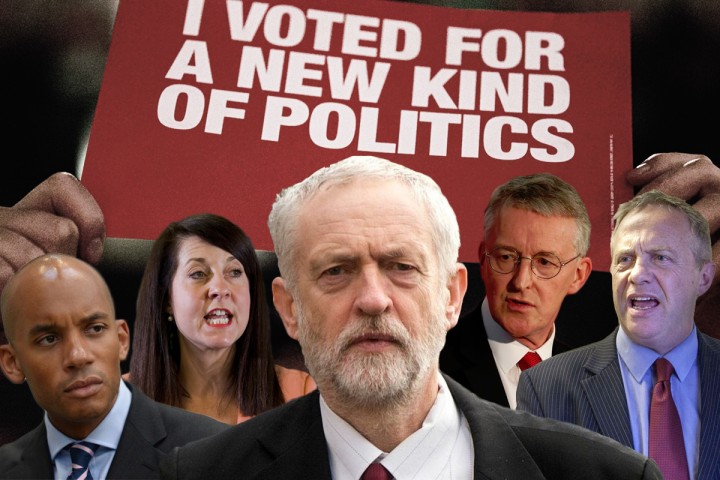 Corbyn’s key mistake was to try to placate the right wing, instead of mobilising the membership to introduce mandatory reselection for MPs and councillors / Image: Socialist Appeal

The parallels with the Corbyn movement are clear. Despite holding the leadership of the party and having a majority amongst the membership, the left faced constant sabotage from the right-wing dominated PLP and the Labour bureaucracy. In fact, Unison supplied a number of these Labour bureaucrats.

Corbyn’s key mistake was to try to placate the right wing, instead of mobilising the membership to introduce mandatory reselection for MPs and councillors. This weakness cost the movement dearly. This must not be allowed to happen in Unison.

The idea has been raised about calling a national meeting of left Unison activists. This should be done as soon as possible, under the banner of ‘defend the union’.

Furthermore, a national meeting of union reps should be called over the issue of pay, and the looming possibility of industrial action. If pay demands and campaigns are coordinated between the health and local government sectors of the union, this could see 90% of the membership taking action at the same time.

The bureaucracy has been calling regional council meetings to pass resolutions against the left NEC. The left should therefore respond by organising its own regional meetings, with the aim of establishing ‘defend the union’ committees in every area. This will be an important way of circumventing the bureaucratic impasse and giving a voice to the membership.

Such an initiative should be linked to the strike ballots currently taking place. Action by large sections of the Unison membership would draw new layers into activity. This would help to strengthen the left and weaken the right, and to further shake up the union.

If the bureaucracy continues its offensive, which it certainly will, the left should say: enough is enough!

The left should call a special national recall Unison conference – the highest body of the union – as soon as possible, to put everything on the table. This should include any rules changes that are deemed necessary. 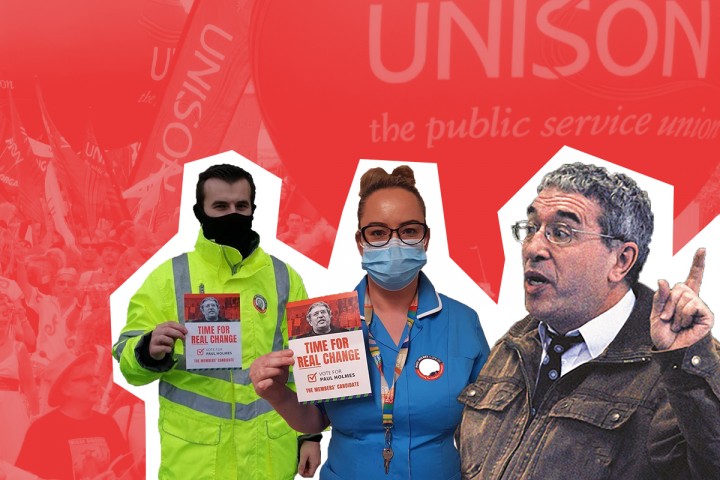 If the bureaucracy continues its offensive, which it certainly will, the left should say: enough is enough! / Image: Socialist Appeal

Let the rank and file decide! This is far more preferable than going to the courts and putting matters in the hands of a judge.

The right-wing bureaucracy has held the membership in contempt for years, blocking any attempt to launch a real fightback over pay, pensions, and jobs. Instead, they have placed their faith in rotten deals with the employers, while witch-hunting activists. This was the picture during the Prentis years.

The election of a new left leadership must signal a complete break with that discredited past. As is the intention, Unison must be transformed into a member-led fighting union.

With a clear strategy aimed at mobilising the membership, and an iron determination to win, the right-wing Unison bureaucracy can be defeated. Such a victory would not only be a gain for the members, but constitute a historic win for the entire labour and trade union movement.