Details
In Defence of Marxism
25 December 2021 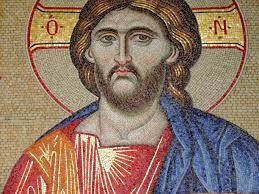 At this festive time of year, we share the following lead off by Alan Woods on the origins of Christianity, which provides a Marxist answer to 2,000 years of myths, lies and distortions.

As Alan wrote in his introduction to Karl Kautsky's The Foundations of Christianity:

"Early Christianity arose at a time of upheaval and change associated with the crisis of slave society. The rise of Christianity is one of the most extraordinary phenomena in history. Despite the most ferocious persecution, the Christians won mass support until the new religion was eventually recognised by the Emperor Constantine. From being a revolutionary movement of the poor and oppressed, the Church was absorbed into the state to become a formidable weapon in the hands of the rich and powerful. "