Details
In Defence of Marxism
17 January 2022 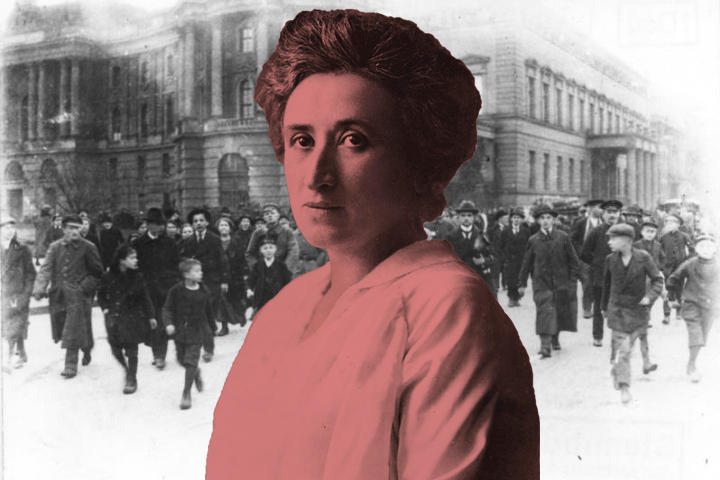 Rosa Luxemburg was an outstanding Marxist, whose life and ideas have been grossly distorted by all manner of reactionary political tendencies. This speech, coinciding with the launch of a new biography, The Revolutionary Legacy of Rosa Luxemburg (available to pre-order here), provides an answer to the myths surrounding this revolutionary martyr.

Marie Frederiksen, author of the new book and an activist in the Danish section of the IMT, explains that it is necessary to reclaim the legacy of Rosa Luxemburg, in particular from the reformists and liberals who have abused her legacy. The so-called trend of 'Luxemburgism' has been invented by these characters, constituting a milder, softer form of Marxism that emphasises the spontaneous movement of the masses over the ‘dictatorial, centralised vanguard party’ built by Lenin, Trotsky and the Bolsheviks. But this caricature is completely alien to the real Luxemburg.

As Marie explains, if you look at the full body of Luxemburg’s work, it is clear that, despite some secondary differences of opinion regarding strategy, she was firmly on the side of the Bolsheviks and the Russian Revolution on all major questions. From her early years in the Germany Social Democratic Party (SPD), Luxemburg was one of the hardest defenders of the genuine revolutionary ideas of Marxist against the reformist revisionism of Bersteinism, and she was certainly not opposed to the development of a disciplined revolutionary party.

Indeed, the main bases for the ‘differences’ between Luxemburg and the Bolsheviks are either distortions, texts that she never intended to be read publicly, and criticisms that she later recanted. For instance, despite initially objecting when the Bolsheviks dissolved the Constituent Assembly after the Russian Revolution, she later arrived at similar conclusions based on the experience of the German Revolution of 1918. Namely, she saw that the bourgeois-democratic National Assembly had become redundant in the face of the more advanced form of workers’ democracy that developed from the revolutionary movement.

Most importantly, she was emphatically supportive of the October Revolution and offered fulsome praise for the Bolsheviks in leading the working class to victory over the bourgeois provisional government.

The defeat of the German Revolution and the death of Rosa Luxemburg were catastrophes for the world revolution. It is necessary for revolutionary activists today to defend the real content of Luxemburg’s ideas – which in all important aspects are identical with those of Marx, Engels, Lenin and Trotsky – and draw the lessons from her life’s work in order to complete the struggle to which she committed her life.

That is, the revolutionary overthrow of capitalism and the building of socialism throughout the world!