Details
In Defence of Marxism
05 October 2020 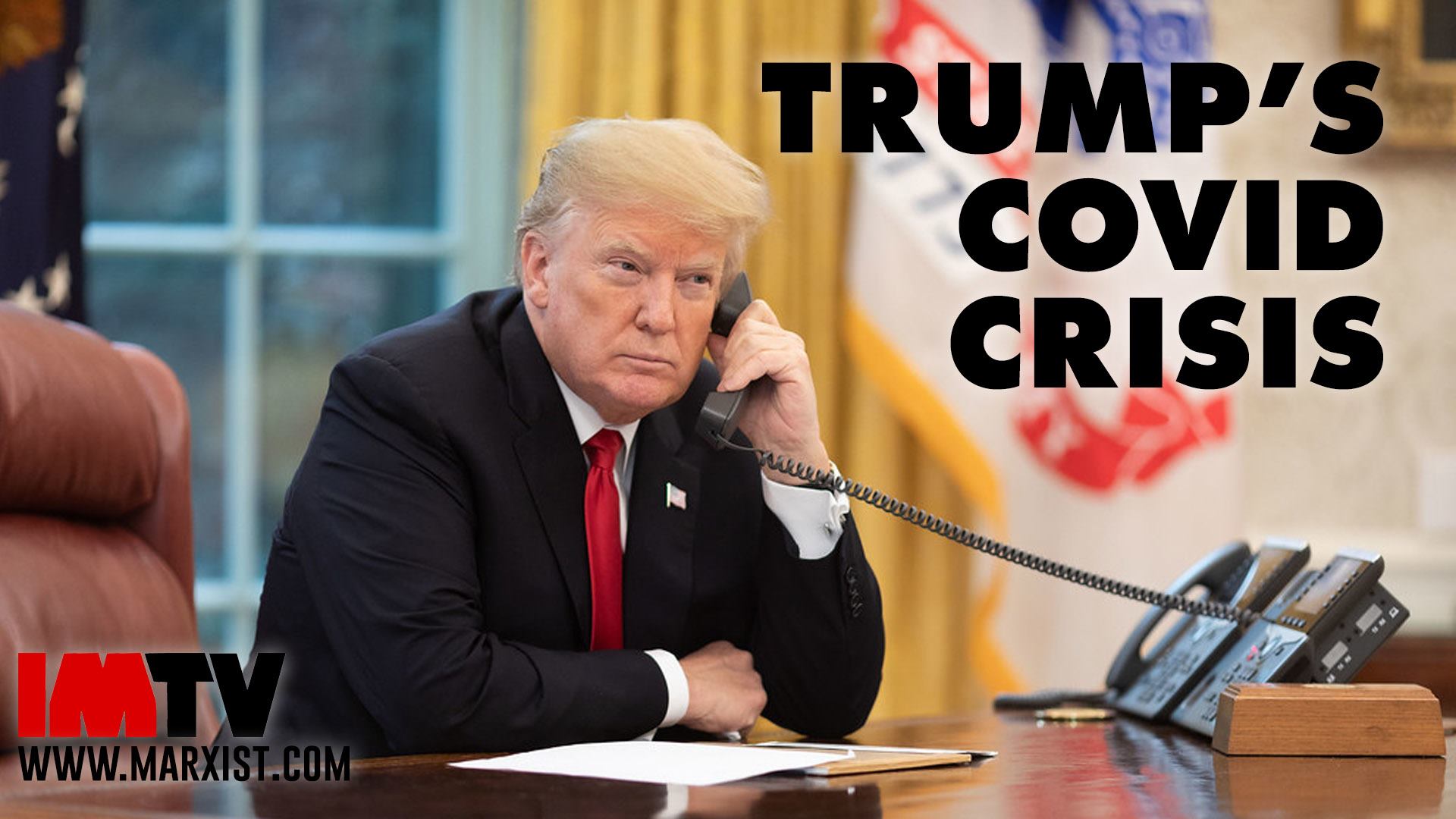 Alan Woods – editor of In Defence of Marxism – comments on the situation in the USA, where it was announced last week that President Donald Trump has contracted COVID-19, amidst a farcical presidential election and the greatest crisis in the history of US capitalism.

Trump’s reckless response to the pandemic has led to the USA having 7.5m COVID-19 cases and 200,000 deaths: the highest in the world. This catastrophe has caused Trump’s polling figures to plummet, leading him to furiously point the finger from China, to Black Lives Matter, to the WHO – anywhere but his own chaotic administration.

Now, despite constantly downplaying the dangers of the virus and demanding a return to economic normality, the President himself has become a statistic.

Meanwhile, US workers and youth are preparing to choose between two evils at the impending November elections, in the form of four more years of Trump, or the Democratic establishment candidate, Joe Biden. Adding fuel to the fire, Trump has even hinted that he might try to cling onto power should the vote not go his way.

Neither of the two main bourgeois parties have anything to offer workers and youth, who are faced with the horror of the coronavirus, alongside a tsunami of unemployment, poverty and homelessness.

This rotten charade shows that the system is on life support. Workers in the USA need a mass party of labour and a struggle for socialism.